HomeSport
By LordOfDailytimes on November 25, 2022 Sport 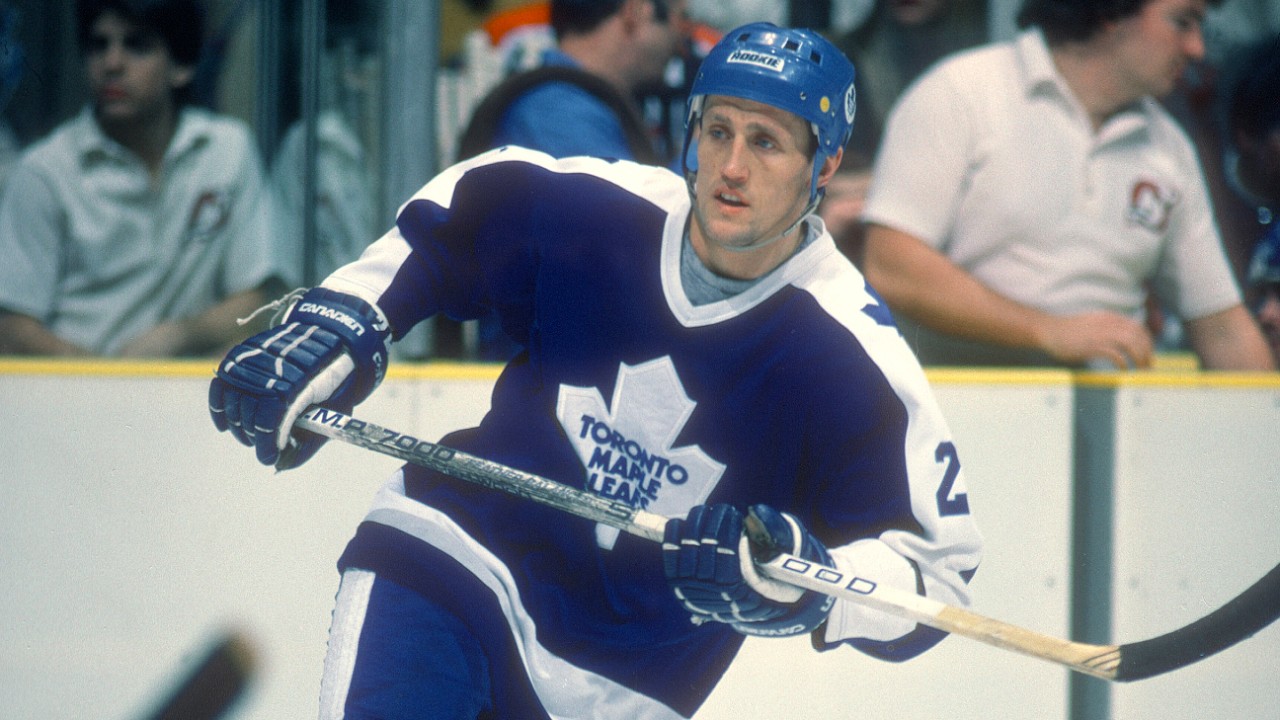 It was April 1976, nearing the end of Borje Salming’s third NHL season. The year before, the Toronto Maple Leafs beat Los Angeles in a best-of-three preliminary series before being swept by the Broad Street Bullies, who went on to win their second consecutive Stanley Cup.

This time, Toronto defeated Pittsburgh in the preliminary round, setting up a rematch with the Flyers. Philadelphia won the first two at home. Game 3 was at Maple Leaf Gardens on April 15, 1976. I was five at that time, not allowed to stay up so late on a Thursday, and not truly understanding the significance of the next 48 hours until a few years later.

It was one of those crazy 1970s nights where two teams combined for 173 penalty minutes, one minute short of the existing record (Philadelphia did set a new playoff high in committing 28 infractions). Fifteen seconds after Stan Weir scored late in the second period to make it 5-3 Toronto, a melee erupted that saw Salming pounded by Mel Bridgman.

That was Salming’s third career fight. As a true measure of his toughness, Salming didn’t pick softies. His first was against NHL single-season PIMS record-holder Dave Schultz. Years later, the Hall-of-Famer joked that he hung on for dear life and couldn’t believe it when teammates told him he’d fought the toughest guy in the NHL. Salming’s second fight was against Garry Howatt, who had 1,836 career penalty minutes.

This third fight didn’t go well for the Leafs defender.

Ontario Attorney General Roy McMurtry — who had previously made it clear he was not a fan of brawl-filled games — charged Bridgman with one count of assault causing bodily harm. It’s an amazing sentence to write almost 50 years after it happened. What makes it even more incredible is that Bridgman wasn’t the only Flyer to run afoul of the law that evening. Don Saleski accused fans of spitting on him in the penalty box, and a police officer interceded when he waved his stick at them. The two battled for possession of the stick, bringing a horde of Flyers to the scene. Saleski and teammate Joe Watson were charged with eight offences between them. All three had to go to a local police station to be booked.

Can you imagine this scene today?

(One year later, the charges against Bridgman and Saleski were dropped, while Watson agreed to pay a $750 fine.)

Toronto hung on for a 5-4 win that night. With Game 4 tied 1-1, Salming took a pass from Darryl Sittler, split the Flyers defence and scored to put the Maple Leafs ahead for good in a 4-3 win that evened the series. He received a lengthy ovation. These were Toronto’s first two victories over Philadelphia in three years.

“Shivers,” Salming told The Toronto Star that night about his reaction. “Maybe (later) tonight or tomorrow, when I am more calm, it will hit me even more, what it meant. But I appreciated it so much.”

“I remember the emotion of that series,” Darryl Sittler said Thursday. “We all remember what a target he was. We all saw him play through whatever he had to. That’s why he was so respected.”

Even opponents admitted it. Flyers captain Bob Clarke recognized Salming’s toughness then and for years to come.

“Who in hockey skates better than he does?” Dave Schultz told The Globe and Mail during that series. “No one can question his courage or bravery. It would be pretty dumb to say that a guy who dives in front of shots the way he does and battles in the corners lacks courage.”

If you were to ask Maple Leaf fans why they loved Salming, there would be several answers: he broke the barrier for Europeans; his style, flair and grace; the fact he survived 16 years in Toronto. But ask for a specific moment, a memory of a great play, and you’d get this one from many of those old enough to remember. When I was hired at CBC, I specifically went to see that goal in the archives.

Philadelphia won Game 5 before Sittler scored five goals in the next matchup to force a Game 7. The Maple Leafs led 2-1 in the second period at the imposing Spectrum, before the Flyers scored four times in a 3:16 span to pull away.

Five months later, Salming received another massive ovation at Maple Leaf Gardens, prior to Sweden’s Canada Cup game against the host country — his brave performance against Philadelphia fresh in the minds of fans.

Salming’s passing makes this month’s Hall-of-Fame weekend celebration for him even more incredible, even more special. That his health held up enough so he could come, that karma aligned with back-to-back home games, a Swedish-heavy induction class and six Swedes in the proper positions for Toronto to be able to start them all.

Sittler — clearly an incredible friend of Salming’s — kept in touch with the family, talking every other day, waking up to a message on Thursday with the sad news.

“The same person who took on the Flyers had it in him to find the strength to be here one more time,” he said. “I’ll always remember that weekend.”

So will everyone else. It’s not possible to forget such a proper send-off. Ovations then, ovations now. Beloved then, beloved always.


Jeff Marek and Elliotte Friedman know their hockey. Whether it’s the pros or juniors, they are always plugged in to the latest news, rumours and stories that you should know from around the game.
Link and subscribe for free
Marek on Twitter
Friedman on Twitter

1. Toronto’s 2-1 win over New Jersey — ending the Devils’ 13-game win streak — was one of the best games of the regular season for pure entertainment, energy and drama. Last year, I was talking to one player about the Stanley Cup Final between Colorado and Tampa Bay. He referred to both defence corps as “long,” saying that when you have big, you have mobile and you have discipline in a system, “Every time you get through one body, arm or stick, there’s another body, arm, or stick right away. It’s a battle to get through.”

According to official heights and weights, Cale Makar was listed as the smallest regular (five-foot-11, 187 pounds) in the final. The Devils are dangerous offensively and occupy the puck, which helps the defence. But they are also much better at gap control and similarly are being described as “long.” Their smallest defender — John Marino, having a great start to the year — is six-foot-one, 181 pounds. It’s waaay too premature to compare them to Colorado or Tampa Bay, but I think it’s interesting to hear them described in that way.

2. The Fourth Period’s James Nichols reported Devils general manager Tom Fitzgerald had a conversation Monday with agent Rick Komarow, who represents Jesper Bratt. The Devils have a few things to deal with, but Bratt will be the priority. He cannot sign until Jan. 1 but is free to talk beforehand.

3. Last week, I was talking to Jordie Benn about sliding into Toronto’s lineup and how it compared to others. He said the Maple Leafs are a high-skill team, but also know that a major key to success is being in the right spots on the breakout, allowing players to make the right decisions.

“If you’re slow and smooth,” he said, “smooth is fast.” Benn says he stole that from Conor McGregor. What an awesome line.

4. Ryan Reaves made it clear to the Rangers that he’d prefer a move if there was no spot for him in the lineup, and the team complied by sending him to Minnesota. New York does not currently have any players on long-term injury reserve, so there’s the ability to bank cap space. According to CapFriendly and PuckPedia, they could have around $6.5 million of room by the trade deadline if things continue as is. Of course, nothing ever occurs as planned.

5. With only this year remaining on Reaves’ contract, he fit a key criteria for the Wild: no long-term commitments unless it’s a game-changing player. GM Bill Guerin made it known he is considering both scoring upgrades and physicality upgrades. Reaves clearly is the latter, and Minnesota will continue to be on the hunt for the former.

6. When Patric Hornqvist accepted his trade to Florida, there was discussion that he wouldn’t get moved again. So, the Panthers may have to explore other options to clear cap space for Anthony Duclair’s return.

7. A couple of analytics gurus said Ilya Sorokin’s shutout of Edmonton on Wednesday was as good as it gets. Depending on who you ask, the Oilers should have had scored around five goals on the New York Islanders that night.

8. Tage Thompson said last weekend he’s around 220 pounds right now, but would like to get to around 228. He was there once, but felt it wasn’t the “right” 228 and that he couldn’t move as well as he’d like to. But he’s still going to try to get back there. Good luck with that, everyone. We’ll have more on Craig Anderson next week, but the veteran goalie said the best thing about Thompson is he’s the team’s hardest worker.

9. While we’re talking about Ryan Reynolds and the possibility of increased celebrity ownership, someone pointed out the Vegas Golden Knights have Lil Jon listed in their coaching staff as “offensive co-ordinator” on their website. That’s pretty funny.

NHL Power Rankings: Bruins on top with Marchand and McAvoy back in the mix

10. At last week’s GM Meetings, there was a conversation about calling more penalty shots instead of power-plays — something I totally support. That led to another debate among a few of us: should the team that draws the penalty have the option of going on the power-play or taking a penalty shot? Shooters are 5-for- 11 on penalty shots in 2022-23 after goalies stopped 76 per cent of last year’s attempts. There are good variables to weigh. Who’s shooting? How good is your power-play? Philadelphia GM Chuck Fletcher had a good line, though, saying: “It will be tough to explain to a player if you have a horrible power-play and go that route instead of letting him shoot.”

11. Forgot to update my Nov. 1 stat: In 82-game seasons during the salary-cap era, just nine of 62 teams at least four points out of a playoff spot after games on Nov. 1 came back to make the post-season. This year, there are four challengers: Columbus, Ottawa, St. Louis and Vancouver. The streaky Blues charged back into the Western Conference’s second wild-card spot as we hit the Thanksgiving break.

12. Yes, I saw the complaints about only 13 Thoughts on Tuesday. Some of them were incredibly creative. I’m getting to a place where there are two 16-Thought blogs per week. Bear with me in my old age.

Looking for more 32 Thoughts? Check Sportsnet.ca for more later in the week, when Elliotte Friedman shares the latest.