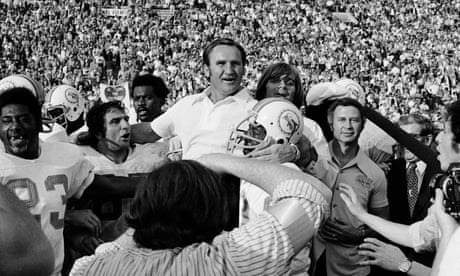 Don Shula’s team won every single game on their way to victory in Super Bowl VII. They are still the only NFL team to have recorded a perfect season

It’s been 50 years since the 1972 Miami Dolphins became the first (and, so far, only) team in NFL history to win every game in a season. For many who played on the Dolphins that year, it’s hard to reconcile the passage of time with the immediacy of the memories. “Fifty years is a long time ago,” laughs Dick Anderson, the Dolphins’ Pro Bowl safety in 1972, but it “feels like it was yesterday.”

It’s useful to quickly clarify one aspect of the ’72 Dolphins’ achievement – for a finicky reason, the phrase “perfect season” (rather than “undefeated season”) is often used to describe the campaign. Although ties are uncommon in today’s game, they were once relatively prevalent. In the 1920s, four teams technically finished their seasons ‘undefeated,’ although each of them finished with at least one draw. As such, the Dolphins’ lossless and tieless 1972 season remains unique in NFL history. The league itself has acknowledged the team’s peerless performance – the ’72 Dolphins were judged to be the greatest team in NFL history during the league’s centennial celebrations in 2019.