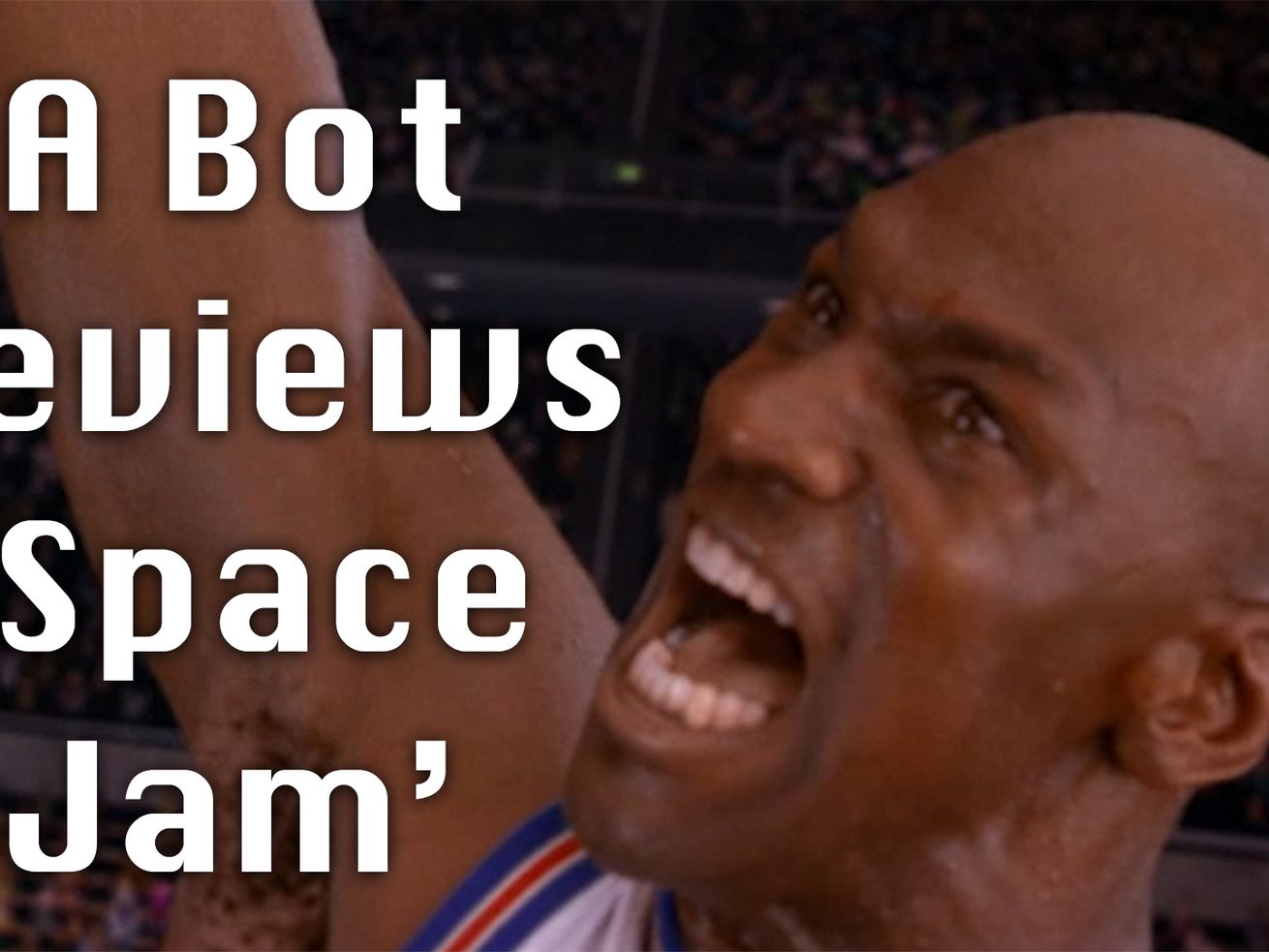 A bot explains the plot of Space Jam

Space Jam is animation film about Mike Jorjan playing sporks on the moon with bigs bunky. Come on and slamp and welcome to the jamp, here’s your chance, do your dance at the Spice Jamp. Alllllllriiiiiiight.

Little boy Markel Jordan is shooting hooples in the backyard and dreaming of the future. He wants to play in NBA and then become crying meme. In the future he plays baseball as a secret punishment for gambling. Stop gampling, Michael! He is bad because there is no dunking in baseball. Oh fuck, and now Newman fell into the dugout. Michael decides to switch to gulf because Newman annoys all the shits out of him. Fukkuk Newmans.

Meanwhile in space, green Danny Devittle runs a themed park but it sucks so he wants to enslave the Looner Toons. His alien friends go to the center of the Earth where the cartoons live. Bugs and Duckman challenge the aliens to basketball so the aliens decide to get good at basketball.

The aliens use magic purple slime to steal the powers of Charlie Barkloz and Paltrow Yoowink. Now the basketboys play like dumbasses and the aliens become big, buff and so hot as hell i want to play with THEIR balls if you know what I mean. I mean their red, blue and green testicles.

Michael is doing golfing with Ghostbuster Bill and Lawry’s Bird. When Markelle reaches inside a holr, he disappears down the intestines and colon of the earth, out a butthole and into the land of cartoons. He is follows them to a dirtyass gym. The cartoons spit on the floor for seven hours and I wanted to vomit.

The hot colorful Frankensteins on steroids show up so now I’m covered in vomit but also very horneed. They turn Michael into a lil ball and do what they want with him. Do it to me, daddies please. I fanned myself off as Michaelangelo decides to play on a team with the cartoonies. Uh oh they are worse than the Knickerbockers so Michael is sad.

Suddenly, A female bunny with two gazongas says, let me on your team you bitches. All the males become full of sexual energy, Tweety lets out a tootie because he has never seen a girl do boxtellball. They are all drooling and they get cartoon boners. It’s very depressing and desperate.

Now the team is ready to play. The stadium is at full capacity, folks, the crowd is cheering folks. The tune squad is here: bucket bunney, gazonga bunny, stuttering ham, aggressive duck that spits, almond fudge, rooster boy, tootie, the beaver that spins and of course Miguelito Jordan

The opposite team is intimidating. They are colorful Frankensteins on steroids and they are dominating the game. It is not fair, they are bigger and the tunes are not focused because they gentle souls with low self esteem.

Other team gets violent and starts to beat up the nicies boys. Not playing fair. No NO nO no. The coyote gets chopped up into bits. Cat decapitated. Elmer is in a straitjacket. Grandma’s body is broken. Tweety in an iron lung. Holy shit. What the fuck. God dammit. What now Miguel, saviour to the tunes? He says Newman is the solution. Wow, great idea. Newman. Newman gets round ball inside saggy hoop. Also Billy Murray, respected actor. Billy only does one pass. more like sucky murray. Jordan’s arm becomes long and deformed. He Scores final point. We got ourselves a winning team.

Ok Daddy Michael must return to earth. Sad. He must attend a Baseball game which is a different sport. He lands in a spaceship and there is a song playing about believing you can fly. Oh Oh, problematic.

The movie ends with a regular basketball game, everything is normal except a song by a man called seal is playing.