HomeFashion
By LordOfDailytimes on April 5, 2021 Fashion 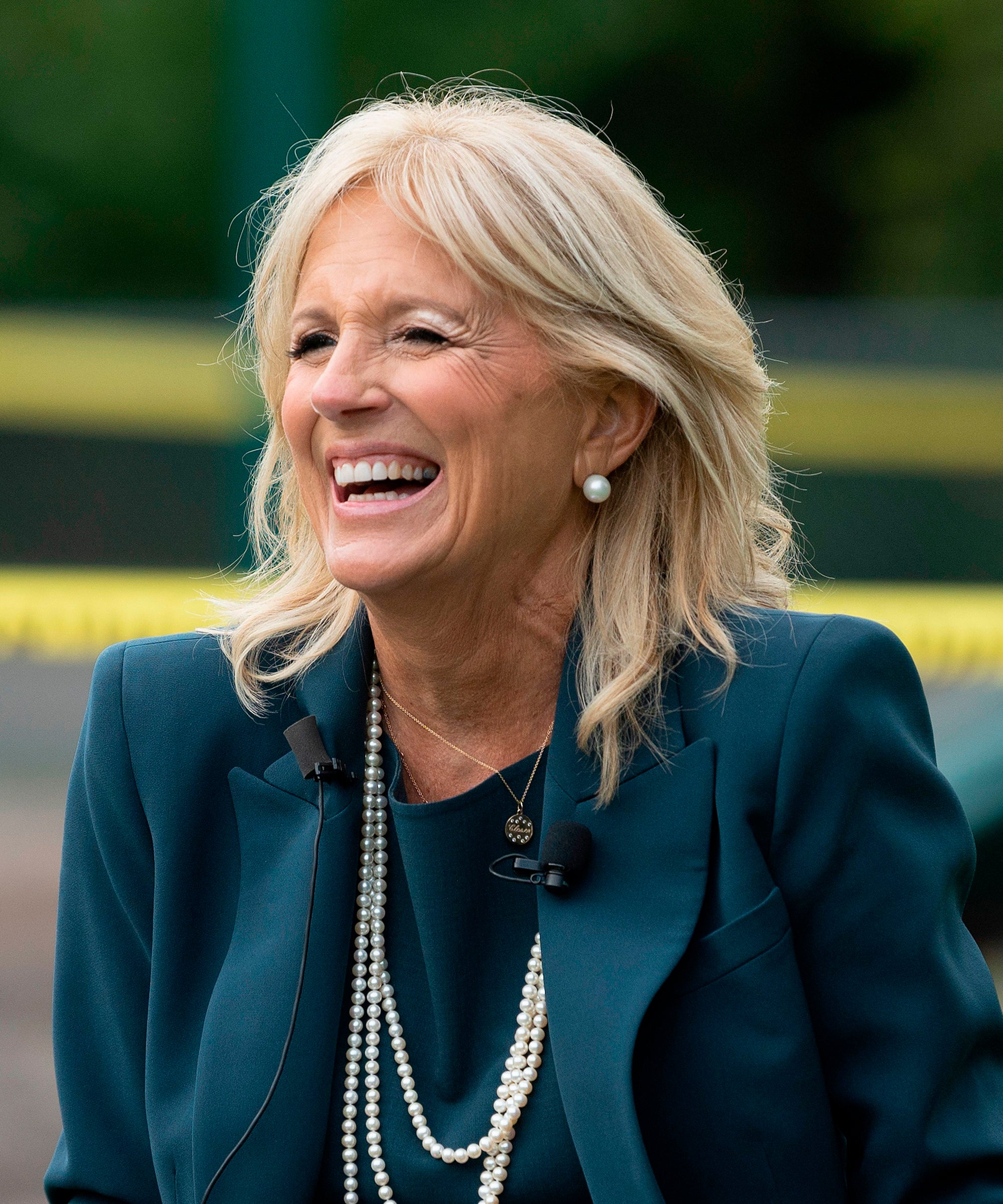 On Thursday, Dr. Jill Biden was photographed stepping off a plane at Maryland’s Andrews Air Force Base following a visit to California. For the trip, she wore a blazer, a leather skirt, black boots, and patterned tights. The look flew under the radar until Sunday, when talk on Twitter turned to the First Lady’s choice of stockings.

Some users called them “trashy,” and the First Lady an “embarrassment” for wearing them. Podcaster Wayne Dupree referred to them as “frightening,” and compared the “fishnets” to Madonna outfits from the ‘80s: “Madonna called and wants her trashy look back, Doc.” In response, supporters of Dr. Biden came to her defense. “Leather & Lace: Dr. Biden said she may be a school teacher, but there’s nothing demure or preppy about her FLOTUS style,” wrote White House correspondent April Ryan. “I’m not mad at her sophisticated sexiness.”

It’s become commonplace for members of the opposing party to attack women in politics based on their clothing. In October 2020, following the release of Alexandria Ocasio-Cortez’s Vanity Fair cover, the congresswoman faced backlash from critics for wearing a $14,000 suit for the shoot (despite the fact that the suit, like most garments worn for magazines, was borrowed). That said, the outrage surrounding Dr. Biden’s most recent travel outfit feels especially far-fetched. Last time we checked, there was nothing wrong with wearing tights. On the contrary, stockings have long been used by women to cover themselves up, especially in professional settings. They’re old-fashioned; some might even say conservative. (Michelle Obama retired hers years ago, calling them “painful” and “inconvenient” on an episode of The View in 2008.)

Lol Dr. Jill Biden really got them this worked up over patterned tights????

Like us, many are also stumped about the attention this outfit choice is getting. Covie on Twitter posed the question: “Lol Dr. Jill Biden really got them this worked up over patterned tights???? Really??” Another named Kathryn put her tights into perspective: “Jill Biden’s fishnet stockings, Barack Obama’s tan suit, Michelle Obama’s sleeveless dress. Yes, these are the biggest scandals in American politics,” in reference to when the Obama family faced unwarranted backlash for their fashion choices during their time in office.

This weekend’s tight-gate did result in one good thing: Patterned tights are officially back in the spotlight, whether conservatives are ready for their return or not.

LordOfDailytimes
Previous ArticleJordan Spieth says he can still find ‘next level’ at Masters after ending dry spell
Next Article Matz’s notable debut for Blue Jays vs. Rangers offers glimpse of past form