HomePolitics
By LordOfDailytimes on December 10, 2020 Politics 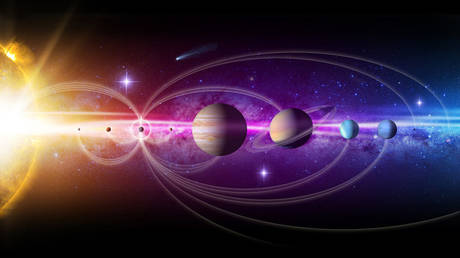 Astronomers have discovered a “celestial highway” to travel through the Solar System much faster than was previously possible. The development raises the prospect of rapidly sending crafts across vast swathes of space.

The extraordinary superhighway network was discovered by an international team of researchers from Serbia and the United States. The routes can transport comets and asteroids nearly the distance from Jupiter to Neptune in under a decade and a staggering 100 astronomical units in less than a century.

The scientists say the network could be used to send spacecraft to the far reaches of our planetary system relatively fast, and to monitor and understand near-Earth objects that might collide with our planet.

The team observed the dynamical structure of the routes, which form a connected series of arches inside what’s known as space manifolds that extend from the asteroid belt to Uranus and beyond.

This newly discovered phenomenon acts over several decades, as opposed to the hundreds of thousands or millions of years that are typical of Solar System dynamics.

The experts say that the most conspicuous arch structures are linked to Jupiter and the strong gravitational forces it exerts.

“It should come at no surprise that Jupiter can induce large-scale transport on decadal time scales, as space missions have been specifically designed for Jupiter-assisted transport, with the flybys of Voyager 1 and Voyager 2 being cardinal examples,” the astronomers write in their paper.

“Yet, their widespread influence on natural celestial bodies has been largely undervalued and unexplored,” they added.

The “celestial autobahn” structures were discovered by gathering numerical data about millions of orbits in our Solar System and crunching the numbers on how these orbits fit within already-known space manifolds.

The team say their results need to be studied further, both to determine how the routes could be used by spacecraft and how the manifolds behave in the vicinity of our planet.

The research was published in the journal Science Advances with the eye-catching headline ‘The arches of chaos in the Solar System.’