HomeSport
By LordOfDailytimes on September 30, 2020 Sport 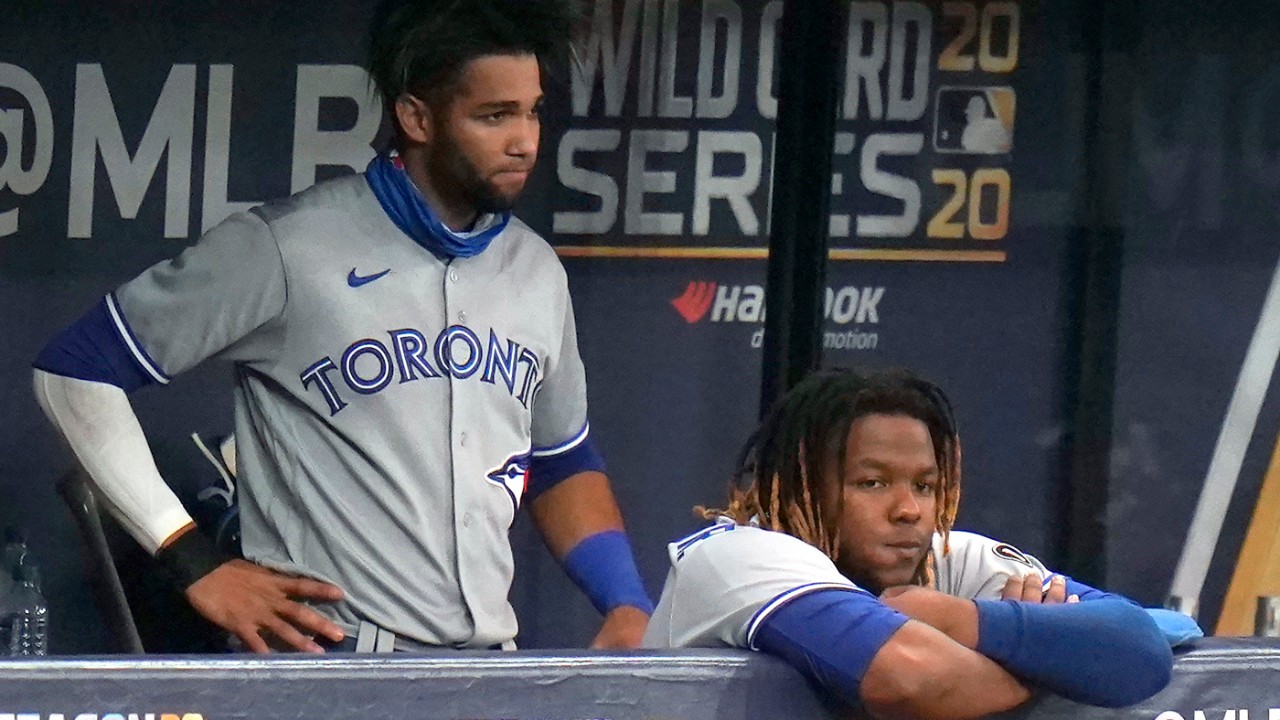 TORONTO – More than anything, this is a time for some honest introspection for the Toronto Blue Jays. The eighth playoff appearance in franchise history played out of Buffalo’s Sahlen Field because of the border closure was a deserved reward for an on-the-rise group in this pandemic season, even if it ended in a convincing two-game sweep for the Tampa Bay Rays. They cleverly gamed the shortened campaign by carrying as many as 16 pitchers on the expanded 28-man rosters, allowing them to cover innings in optimal conditions as often as possible, and combined with some offensive gains and a remarkable resilience, they capitalized on this one-time only 16-team post-season format.

Good fun while it lasted.

Now, though, the Blue Jays have to be real about how far they’ve really advanced the program this summer. The series loss to the Rays, capped by Wednesday’s 8-2 thumping in which ace Hyun-Jin Ryu couldn’t survive the second, underlined how wide the gap is between the two clubs.

The two lineups match up relatively well (Dante Bichette’s influence on the approach of Blue Jays’ hitters at the plate was instrumental), but the Rays rotation of Blake Snell, Tyler Glasnow, who struck out eight over six innings of two-run ball in Game 2, Charlie Morton and Ryan Yarbrough, along with an absurdly deep pool of power and depth arms, is a major competitive advantage.

The Blue Jays got better in that regard, but only Ryu is a front-of-the-rotation arm and they have to figure out if the fluctuation in his velocity all season long is a byproduct of the abnormal circumstances or something more significant. Against the Rays, his four-seamer averaged out at 88.3 m.p.h., down 2.1 m.p.h. from his seven-inning gem last week in the post-season clincher versus the New York Yankees, while his sinker and cutter were each down about one m.p.h.

Two Bo Bichette errors certainly didn’t help his cause – the second leading to the Hunter Renfroe grand slam that opened up a 7-0 edge and ended Ryu’s evening – but the Rays were all over him before that point, too.

Only Ryu and Tanner Roark are sure to return from a rotation that also finished with pending free agents Matt Shoemaker, Taijuan Walker and Robbie Ray, plus Chase Anderson, who has a club option for 2021. Nate Pearson tantalized once again, but the two dominant frames he threw Wednesday brought him to 20 for the season, and if the world is more normal and there’s a 162-game season next year, it’s hard to envision him suddenly making 30 starts.

Same goes for the starters-turned-relievers who helped underpin the club’s success – Thomas Hatch, Ryan Borucki, Anthony Kay and Julian Merryweather, primarily. If they move into the Blue Jays rotation, or return to the minors to get stretched out, the Blue Jays will have to rebuild a bullpen that won’t return Ken Giles, with Anthony Bass also headed to free agency.

More games, a return to 26-man rosters, still unknowable damage to the development of underlying prospects and a shrunken playoff field means the Blue Jays have a significant amount of work to do to field a legitimately competitive staff next year, however it looks.

Further, a decision on whether to continue with the seemingly rigid scripting of games that at minimum caused friction with the club’s starters this season, or to give the dugout more leash to run games, must be made.

Lost in the controversy over the club’s decision to tandem Shoemaker and Ray in Game 1 and push Ryu to Game 2 is that every team in the majors is being run in similar fashion. Whether it’s Dave Roberts with the Los Angeles Dodgers, Aaron Boone with the Yankees or any other club in the post-season, front offices are increasingly driving in-game decisions.

If you think there’s still a manager operating with feel on the fly in the dugout, siloed from the analytics department and the general manager, you’re not paying attention to the wider trends in the industry.

With advanced data the game’s primary currency, the teams that will be most successful are the ones best capable of, in the words of GM Ross Atkins, “demonstrating either to the decision-maker or to the person executing it why” a certain approach makes sense.

“It’s really more of the interpretation, the synthesizing of it and then the application, meaning how do we get buy-in,” Atkins continued. “That is where we spend a lot of time and energy and effort and helping that process.”

There can be a gap bringing that to the players. While the Rays routinely buck convention with eyebrow-raising methodology – how would Blue Jays fans have reacted if Charlie Montoyo had Snell in Game 1 and lifted him in the sixth inning at 82 pitches despite allowing only one hit? – there’s conviction in what they do.

Will the Blue Jays’ results be enough to unify the organization around some of the more creative approaches employed in 2020?

“You mentioned the word conviction – that’s the biggest thing,” said veteran infielder Joe Panik, another pending free agent. “Older players will generally be a little more stubborn to some of the new ideas. The younger guys have been brought up through the minor-leagues with the new ideas.

By and large, the Blue Jays did perform this season. The pandemic and the limitations on daily life it created opened a pathway to the playoffs that otherwise would not have existed. To their credit, they took advantage of it and should relish the achievement. But as they begin making sense of this season like no other, they must make sure 2020 becomes the beginning to a championship end, not a curious little detour they happened into due to circumstance.