HomeSport
By LordOfDailytimes on September 27, 2020 Sport 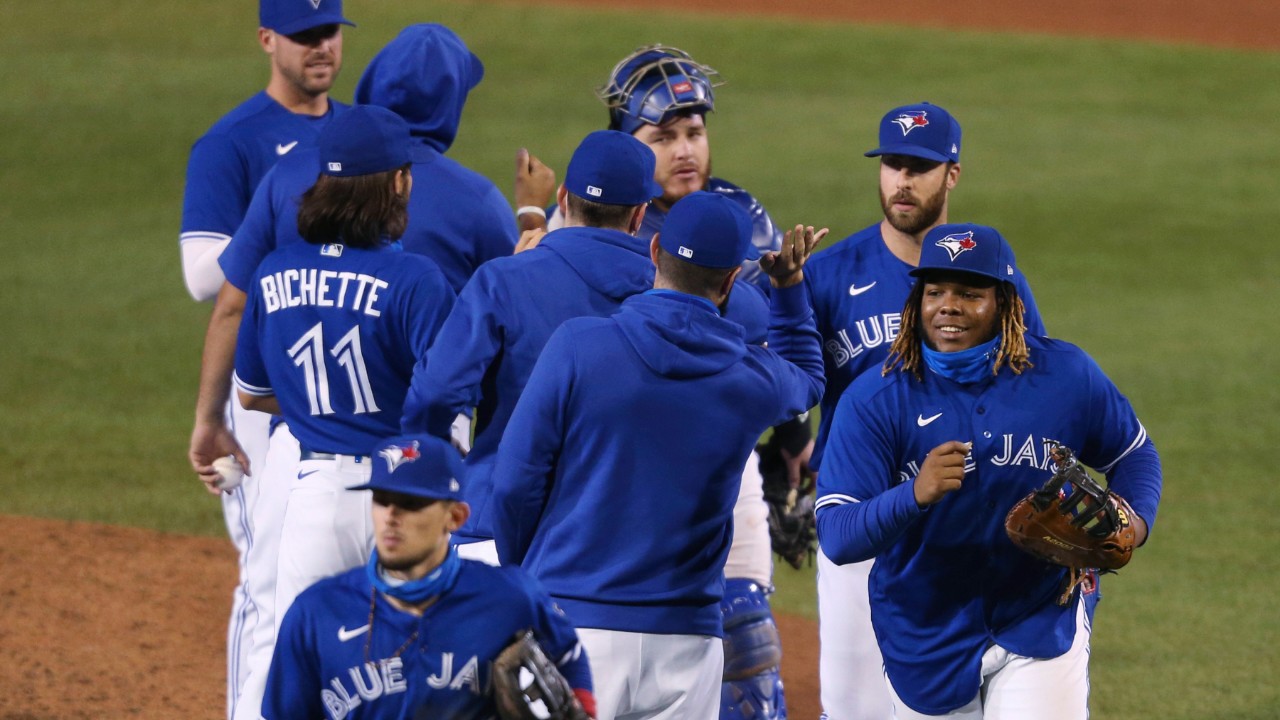 The Toronto Blue Jays will try to complete a three-game sweep of the visiting Baltimore Orioles and possibly improve their postseason seeding Sunday afternoon at Buffalo in their final regular-season game.

The Blue Jays stayed within one game of the New York Yankees, who are second in the American League East, after defeating the Orioles 5-2 on Saturday night.

If the Blue Jays win Sunday and the Yankees lose, Toronto would take second place on the basis of the third tie-breaker, which is the record of each team in their past 20 games within the division.

Akin made his first career start against Toronto on Aug. 31 at Sahlen Field, working 4 1/3 innings, allowing two runs (both unearned) on three hits with two walks and six strikeouts.

The Blue Jays have rested two regular players in each of the first two games of the series.

Randal Grichuk’s day off ended in the sixth inning Saturday when Lourdes Gurriel Jr. departed with a bruised left foot, the result of a first-inning foul ball.

Grichuk hit a three-run home run in the seventh, his 12th homer of the season, seven of them against Baltimore.

Blue Jays reliever Ross Stripling left in the eighth after a comebacker bruised his shin.

A Swing and a Belt With Dan Shulman
This season, Dan picks an issue, trend, news item or story from around MLB, and digs in on it with a guest. And he does it five times a week for about 15 minutes a day. Enough time to inform and entertain, but also get fans back to all the sports going on.
Listen and subscribe for free
| Shulman on Twitter

The Blue Jays are pointing their pitchers toward the postseason, so Matt Shoemaker did not start Saturday, but threw on the side instead.

“We’re going to keep our options open,” Montoyo said. “We don’t know who we’re going to play yet, so he’s going to be part of the equation. We want to save him. We don’t want him to pitch (Saturday). He’s fine.”

Montoyo would not confirm that Hyun Jin Ryu would pitch Game 1 in the postseason, saying only that the left-hander was a “little sore” after using 100 pitches over seven innings Thursday.

“I’m comfortable with him anywhere,” Montoyo said. “It’s all about how he feels, and he threw a lot of pitches, so we’ll see how he feels. Wherever we put him, I know we’re going to have a chance. Either (Game) 1 or 2, we’ll see.”

At the Letters
Ben Nicholson-Smith is Sportsnet’s baseball editor. Arden Zwelling is a senior writer. Together, they bring you the most in-depth Blue Jays podcast in the league, covering off all the latest news with opinion and analysis, as well as interviews with other insiders and team members.
Listen and Subscribe for free
| Ben on Twitter
| Arden on Twitter

The Orioles started 20-21 this season, but faded. They had three hits from Austin Hays and two doubles from Jose Iglesias on Saturday.

“There’s been some ups and downs this year, but I think we showed early on what this team is capable of doing,” Hays said.

Left-hander John Means continued his strong finish to the season, allowing one hit — Cavan Biggio’s solo homer with two out in the sixth — Saturday, and struck out nine in his six innings.

LordOfDailytimes
Previous ArticleArmenian PM warns ‘aggressive’ Turkey to stay out of Nagorno-Karabakh conflict, says hostilities could spill over regional borders
Next Article This Is The Only Hair Styling Tool You’ll Ever Need