HomeSport
By LordOfDailytimes on September 20, 2022 Sport 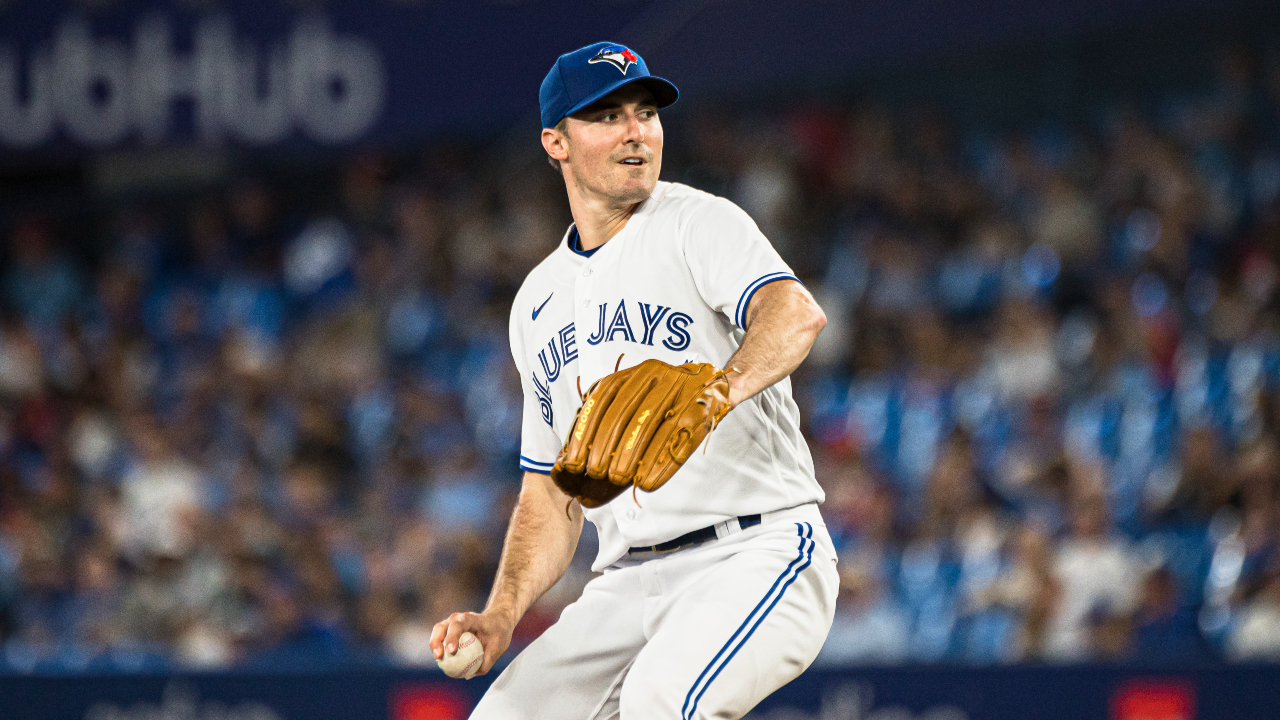 The Toronto Blue Jays wrap up interleague play for 2022 with a two-game series in Philadelphia against the Phillies.

Both teams sit in wild-card spots in their respective leagues entering the mini-series.

Here’s a look at the matchup.


The Streaming Home of the Blue Jays. Stream the Jays all season long, plus marquee MLB matchups, the All-Star Game and Postseason.
CHOOSE PLAN

Both games on Sportsnet.

Latest on the Blue Jays

The Blue Jays (83-64) finished a key eight-game homestand with a 5-3 record after a 5-4 loss to the Baltimore Orioles on Sunday.

Toronto was in position for a three-game sweep taking a 3-2 lead into the ninth, but a rare stumble by closer Jordan Romano allowed the Orioles to score three runs.

George Springer missed a game-tying homer by inches, settling for a double, before the Orioles closed it out to salvage a game.

Still, it was a solid week for the Blue Jays, who played eight games in seven days. They hold down the top spot in the American League wild-card race, one game up on the Tampa Bay Rays and 1.5 ahead of the Seattle Mariners.

The Baltimore Orioles, who need to overtake one of those teams to make the playoffs, are now 6.5 games back of Toronto.

Latest on the Phillies

The Phillies (80-66) have let their lead slip in the playoff race after getting swept last weekend against the Atlanta Braves.

Losers of four in a row on the heels of a five-game win streak, the Phillies hold down the third and final wild-card spot in the National League, sitting 2.5 games ahead of the Milwaukee Brewers.

A 5-2 loss on Sunday marked the first loss for starter Bailey Falter in his past seven starts.

The Phillies couldn’t get much offence going against Braves starter Spencer Strider, who took a no-hitter into the sixth and struck out 10

The Blue Jays and Phillies both are in playoff spots after firing managers and promoting bench coaches to become interim skippers this year.

The Blue Jays are 47-32 (.595) under John Schneider after firing Charlie Montoyo in July.

The Phillies are 58-37 (.611) under Canadian Rob Thomson after firing Joe Girardi in June.

Schneider’s first game was against the Phillies in Toronto on July 13, hours after Montoyo was fired.

Thomson, a native of Corunna, Ont., is the first Canadian full-time manager since 1934.

The Blue Jays swept the mini-series at Rogers Centre in July with Montoyo watching his team win 4-3 in his final game before Schneider witnessed an 8-2 victory.

Stripling (two runs on two hits in seven innings) got the win over Wheeler (six runs on seven hits in 4.2 innings) in the finale.

The Phillies had four regulars on the restricted list for the series in Toronto, including Tuesday’s starter – Gibson.

Wheeler, an NL all-star and strikeout leader last season, returns from the IL (forearm tendinitis) to make the start Wednesday. He’ll be on a pitch count, with former top Jays prospect Noah Syndergaard moving to the bullpen to follow him.

Blue Jays outfielder Lourdes Gurriel Jr. (left hamstring strain) is eligible to come off the IL, but there hasn’t been a clear indication when he’ll be ready.

The Blue Jays are 12-6 against the NL this season, while Philadelphia is 7-8 versus the AL.

Philadelphia’s Kyle Schwarber, who leads the NL with 39 home runs and is second only to Aaron Judge in all of MLB.

He went 0-for-8 against Toronto in July.


Ben Nicholson-Smith is Sportsnet’s baseball editor. Arden Zwelling is a senior writer. Together, they bring you the most in-depth Blue Jays podcast in the league, covering off all the latest news with opinion and analysis, as well as interviews with other insiders and team members.
Listen and Subscribe for free
Follow Ben on Twitter
Follow Arden on Twitter

The New York Yankees, who are 5.5 games ahead of the Blue Jays for first in the AL East, host the lowly Pittsburgh Pirates in a mini-series starting Tuesday.

The Blue Jays conclude a road trip with four games against the Rays.