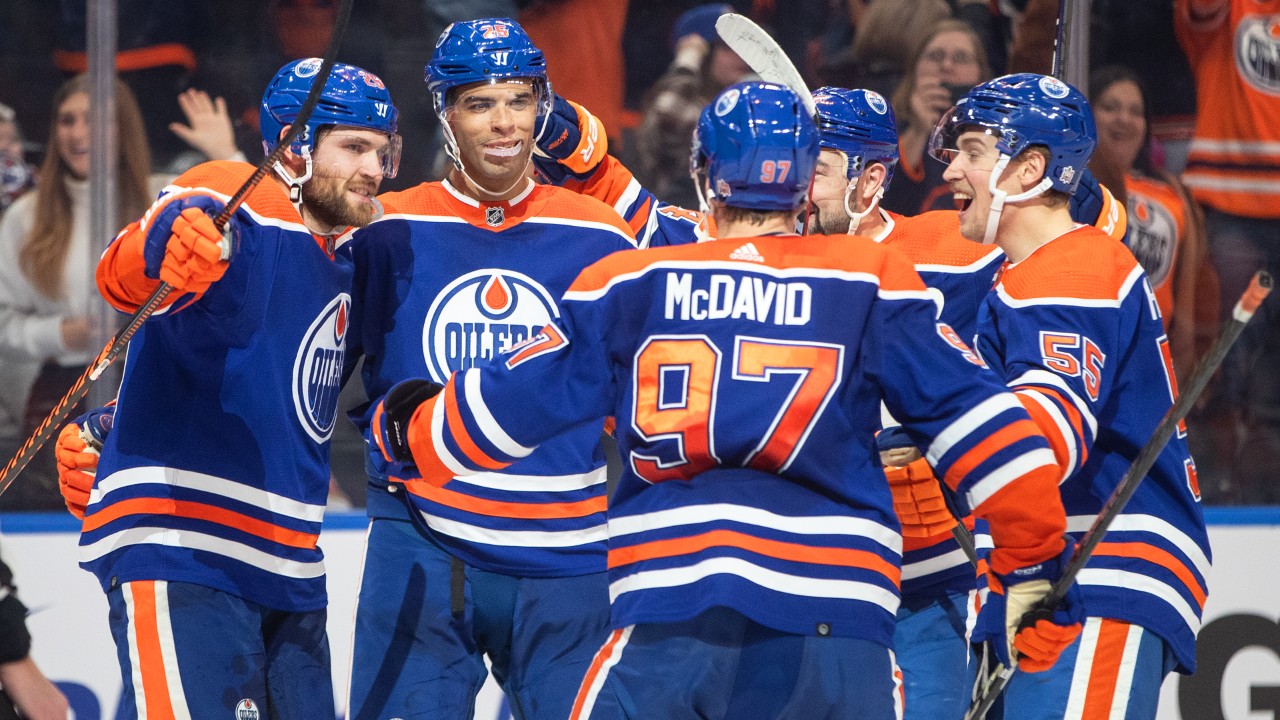 EDMONTON — Leon Draisaitl scored the overtime winner as the Edmonton Oilers came away with a 4-3 victory over the suddenly slumping Florida Panthers on Monday.

Draisaitl took a pass back from Connor McDavid just 22 seconds into overtime to score his 13th of the season. McDavid had a goal and two assists.

Tyson Barrie and Evan Bouchard also scored while Zach Hyman had three assists for the Oilers (12-10-0) who have won two games in a row. Stuart Skinner made 25 saves.

Matthew Tkachuk, Anton Lundell and Brandon Montour scored in response for the Panthers (10-8-4) who have lost five of their last six games. Spencer Knight stopped 36-of-40 shots.

The Panthers only needed 3:49 to open the scoring. Tkachuk took a pass that deflected off the skate of Oilers defenceman Darnell Nurse and put it past Skinner after taking a couple of whacks at the puck for his 10th of the season.

Edmonton had a great chance a few minutes later when forward Mattias Janmark tipped a Barrie shot through Knight’s legs, but the puck ran out of steam before crossing the goal line and Knight was able to plop down on it.

The Oilers looked to have tied the score seven minutes into the second period as Hyman put his own rebound past Knight in tight, but the goal was waved off after officials determined he had kicked the puck into the net following a quick review.

Hyman helped make up for it shortly after on the power play, sending a pass more than half the length of the ice to spring McDavid on a breakaway. He beat Knight with a backhand shot following a deke for his 17th of the season.

Edmonton took the lead 5:18 into the third frame as Brett Kulak’s shot took a lucky bounce off Hyman right to the stick of a pinching Barrie, who netted his fourth.

Florida tied the game 10:58 into the third as Lundell finished off a nice three-way passing play by deflecting a Sam Reinhart pass home, pushing his goal streak to three games.

The Panthers regained the lead with 4:44 remaining after a mad scramble in front on the power play saw the puck come back to Montour, who fired the puck into the top corner. Edmonton challenged the play, saying Tkachuk knocked the puck down with a high stick on the play, but the goal counted.

With just five seconds remaining in regulation, Bouchard took a desperate shot from the slot and beat Knight stick side for his third of the season.

The Oilers have allowed six goals in the first three minutes of a game this season, the most of any team in the NHL. … Undrafted forward James Hamblin made his NHL debut for the Oilers after being called up from their AHL affiliate in Bakersfield. … Out with injuries for the Oilers were forwards Kailer Yamamoto (undisclosed), Evander Kane (wrist surgery), Warren Foegele (undisclosed) and Ryan McLeod (undisclosed). … Missing for the Panthers were star forward Aleksander Barkov (illness) and Anthony Duclair (torn Achilles). Recent call-up Alexsi Heponiemi took Barkov’s roster spot.

The Panthers are right back at it on Tuesday night as they play the second game of a five-game road trip against the Flames in Calgary. The Oilers begin a quick two-game trip in Chicago against the Blackhawks on Wednesday night.

LordOfDailytimes
Previous ArticleOilers on SN: Edmonton vs. Florida
Next Article 10 Boot Trends That Will Take Over in 2023