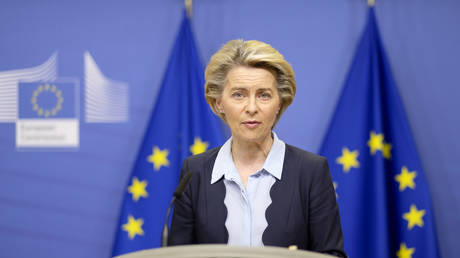 The president of the European Commission has announced the body is looking into whether Hungary’s ban on the sharing of homosexual and transgender content to those under 18 years of age is a breach of EU law.

The ban was included as part of a new bill aiming to clamp down on pedophilia, which was passed by Hungary’s National Assembly by a majority of 157 to one on Tuesday. Prime Minister Viktor Orban’s ruling Fidesz party said the law states that adverts and school sex-education lessons “must not be aimed at changing gender or promoting homosexuality.”

On Wednesday, Commission President Ursula von der Leyen said she was “very concerned about the new law in Hungary.”

“We are assessing if it breaches relevant EU legislation,” the head of the EU’s executive said in a tweet.

Fidesz parliamentary leader Mate Kocsis has said the new anti-pedophilia law was necessary to ensure that perpetrators receive tougher punishments and children are not exposed to inappropriate content.

But politicians and campaign groups have condemned the bill for including LGBT issues in a bill targeting pedophilia, alleging it is a crackdown by Orban’s government on LGBT communities.

In a statement on Tuesday, Amnesty International Hungary said the bill will “further stigmatize” LGBT people and called for the EU to take action on the matter.

LordOfDailytimes
Previous ArticleMost Germans say freedom of speech is in jeopardy, many name Islam and patriotism among topics they cannot speak freely about
Next Article Clips’ Kawhi Leonard out indefinitely with possible ACL injury, report says