HomeSport
By LordOfDailytimes on August 5, 2022 Sport 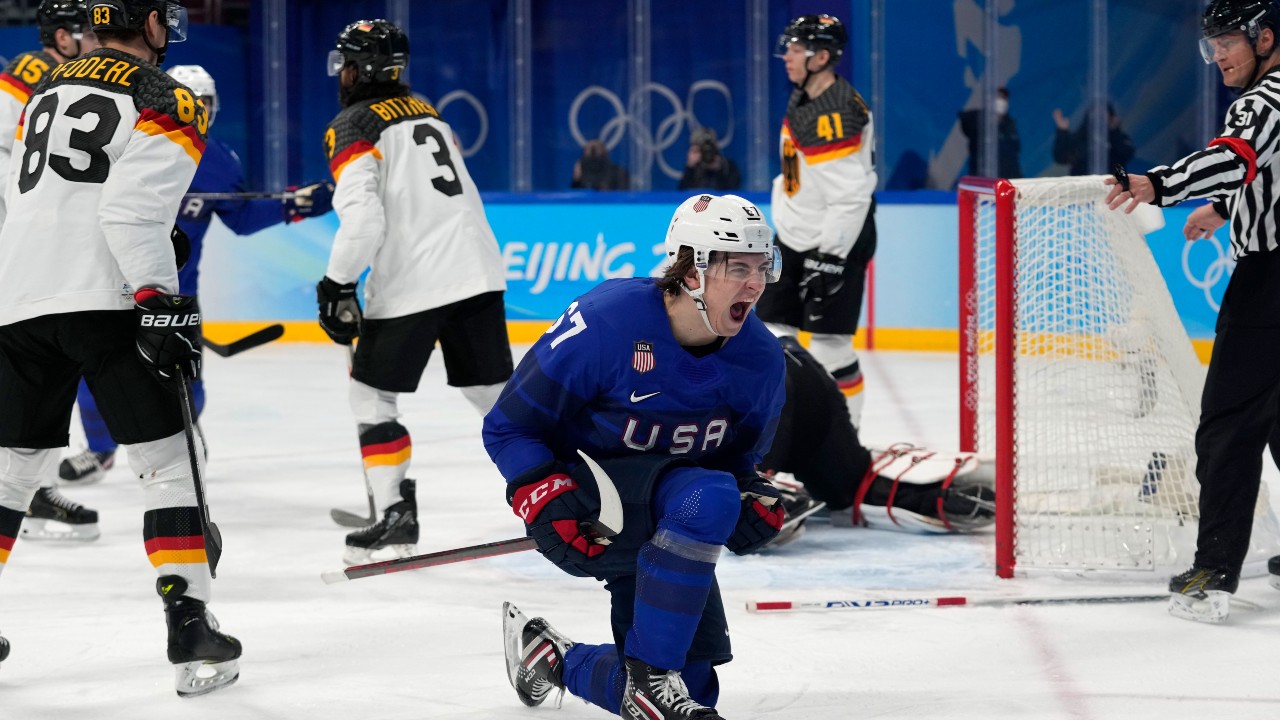 There’s no way around it; this WJC is going to have some prominent MIAs.

August is obviously wonky timing for a World Junior Championship, as the 2022 event that was slated to take place eight months ago in Edmonton but had to be shut down thanks to COVID-19 will now run from Tuesday through Aug. 20 in Northern Alberta.

Had the original plan worked out, we might have been introduced to Juraj Slafkovsky six weeks before his breakout at the Olympics or seen Shane Wright step up in a big moment and prove his growing list of doubters last winter wrong. As it stands, neither of those players — the former now a first-overall pick of the Montreal Canadiens and the latter giftwrapped at fourth overall for the Seattle Kraken — will represent their countries in Edmonton as their focus shifts to being ready for the opening of NHL camps in the back half of September.

Also out of this WJC for Canada are 2021 first-overall pick Owen Power of the Buffalo Sabres, high-flying Winnipeg Jets prospect Cole Perfetti and the guy who was set to wear the ‘C’ for the home team back at Christmastime, Habs defenceman Kaiden Guhle.

And, of course, with Russia suspended from the tournament we won’t see the wizardry of 2023 draft-eligible winger Matvei Michkov, who’s billed as the best player to come out of that country since Alex Ovechkin 20 years ago.

All is not lost, though. First off, drinking in world-class hockey while potentially sitting beside a pool sounds just fine. And, even with these absences, there’s still plenty of reason for fans of Canadian NHL clubs to get amped during these dog days of summer. With that in mind — and with some final cuts likely to come on Sunday — here’s a peak at how the seven north-of-the-49th squads will be represented at this make-up event.

Forward Matthew Knies has looked like a steal ever since the Leafs selected him in the second round in 2021. After a point-per-game freshman season at the University of Minnesota, he’ll wear Team USA’s colours at this event, just as he did at the Olympic Games in February.

Like the other Arizona-born Matthew(s) in Toronto’s organization, Knies has a big frame, which gives him tantalizing power-forward potential.

On the back end, 20-year-old Topi Niemela will be a fixture on the Finnish blueline. A third-rounder in 2020, Niemela’s stock has been on the rise the past two years and he just finished up a full season skating for Karpat in Finland’s top circuit.

Small-but-spunky centre Roni Hirvonen — a second-rounder in 2020 — will join Niemela on Team Finland.

Sure, there’s disappointment that neither Slafkovsky or Guhle — who grew up just outside Edmonton in Sherwood Park — will lace ’em up. Heck, even Montreal’s second first-rounder this year, Slafkovsky’s Slovakian countryman Filip Mesar, is taking a pass. Still, the Habs figure to have five guys wearing their countries’ colours when this tourney kicks off.

The most intriguing Montreal prospect here is surely Canadian Joshua Roy. After seeing his stock plummet in his draft-eligible year — Roy fell to the fifth round in 2021 — the Sherbrooke Phoenix winger led the Quebec Major Junior Hockey League in scoring with 119 points last year, then followed that up with 23 more in 11 post-season outings. Riley Kidney actually topped that league in assists with 70 this past season and while the second-rounder from 2021 might have a limited role on Canada, he’s there nonetheless.

Two Canadiens picks also appear on Finland’s roster. Oliver Kapanen’s calling card is his two-way game as a centre, while D-man Petteri Nurmi was taken in Round 7 this year after being passed over the first two times he was available in the draft.

Jan Mysak, a second-rounder in 2020, is coming off a Memorial Cup appearance with the Hamilton Bulldogs and the centre will be a key figure on Czechia’s entry.

Of course, Canadiens fans are praying they might be watching a future Hab in 2023 NHL Draft headliner Connor Bedard. Montreal would appear to be the only one of the Canadian clubs to have legit lottery hopes of landing the phenom from North Vancouver, who’ll surely be putting on a show in Edmonton.

Not only has Ottawa had a killer off-season, now its supporters get to watch a handful of potential future Senators do their thing at the WJC.

Forward Ridly Greig’s feisty style is going to endear him to Canadian fans during this tournament, but only Ottawa fans will get to keep loving him once he gets to the NHL. The 28th overall pick in the 2020 draft was third in the Western Hockey League this past season with a points-per-game mark of 1.62. Winger Zack Ostapchuk (39th overall in 2021) will be on the fringes of the Canadian roster.

Like the Leafs and Habs, the Sens have a pair of representatives on Finland. Goalie Leevi Merilainen, a third-rounder in 2020, didn’t have great stats during his first and only Ontario Hockey League campaign this past year, but that doesn’t preclude him from being a factor for the Finns at this tournament. Meanwhile, six-foot-three Roby Jarventie showed extremely well as a 19-year-old this past winter in the American Hockey League, netting 33 points in 70 contests for the Belleville Senators. The 33rd overall selection in 2020 could be an absolute force for the Finns in Edmonton.

Rounding out the Ottawa contingent, hulking D-man Tyler Kleven — a second-rounder in 2020 and a teammate of top Sens prospect Jake Sanderson the past two years at the University of North Dakota — will line up on Team USA’s blueline.

The Canucks got Jonathan Lekkerimaki 15th overall a month ago at the draft in Montreal and a lot of Vancouver supporters have been doing cartwheels ever since. This young man already has one major international incident on his resume this year, having registered four points in Sweden’s gold medal-game victory over a favoured Team USA squad at the U-18 World Championship in May. If you’re betting a nickel on where some of the nicest goals of this tournament will come from, consider placing it on Lekkerimaki.

Should the Swedes face Finland in the medal round — they won’t see each other in the round-robin — Joni Jurmo would be one of the guys trying to thwart Lekkerimaki. The six-foot-four D-man wasn’t chosen until the third round of the 2020 draft, but was actually Vancouver’s first selection that year.

The journey to finding out if Brad Lambert was the steal of the 2022 first round starts now. Winnipeg got Lambert 30th overall, despite the fact the Finn — who is a late birthday, so we’ve been talking about him for a while — was for long stretches projected to be a top-10, even potentially top-5 pick. His miserable 10-point Liiga year is a memory now; what can he do in Edmonton to fire up the hype train again?

While there’s far less flash in Daniel Torgersson’s game, the big-bodied winger — a second-rounder in 2020 — could bring some heft to Sweden’s lineup.

The host city fans would have a little more to get excited about if 2021 first-rounder Xavier Bourgault made himself available to Team Canada, but the winger is on the long list of high-quality players who decided this event didn’t dovetail with his best off-season preparation plan.

As it stands, the two guys fans in Oil Country can keep an eye on are a pair of defencemen drafted just a few weeks ago. Finn Joel Maatta — who plays for Oilers coach Jay Woodcroft’s brother, Todd, at the University of Vermont — was a seventh-rounder after being passed over the first couple times he was eligible for the NHL Draft. Meanwhile, big German Luca Munzenberger — also a Vermont freshman this past year — was a third-rounder in Montreal.

The Flames have just a single player in the WJC mix, but it’s a good one. Matt Coronato was the 13th player selected in the 2021 draft and he had a strong freshman year at Harvard this past season, registering 18 goals and 18 assists for 36 points in 34 contests. The high-energy centre is the kind of player who could provide a consistent spark to Team USA.