HomeSport
By LordOfDailytimes on February 19, 2021 Sport 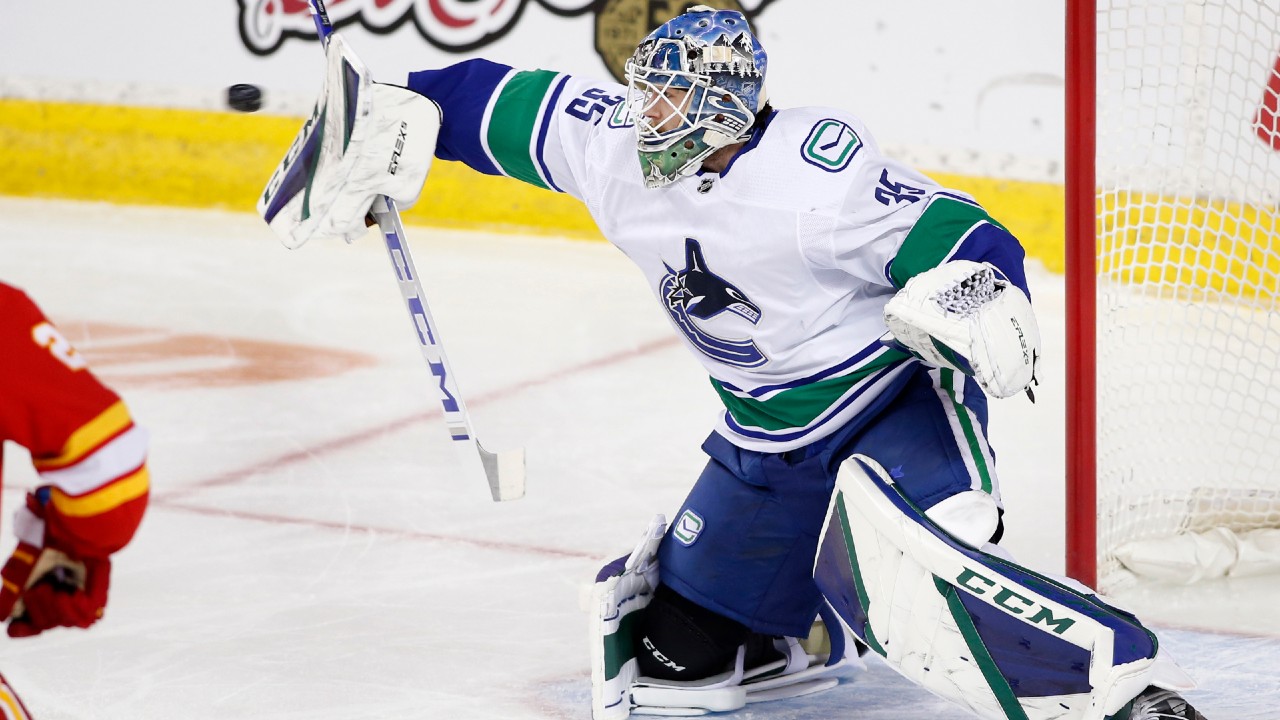 VANCOUVER — Braden Holtby’s reward for his best performance of the season is watching Thatcher Demko start Friday night for the Vancouver Canucks against the Winnipeg Jets.

The Canucks’ goaltending tandem has looked for most of the NHL season more like a battle of backups than a competition between starters. But both Holtby and Demko have improved with the team and supplied the Canucks with goaltending they can win with in the past five games.

Whether it’s 1A/1B or 2A/2B, there is a battle for the Canucks’ net that should further push each goalie to be better.

Coach Travis Green announced this morning that it will be Demko’s turn tonight despite Holtby stopping 35 of 36 shots in Wednesday’s 5-1 road win against the Calgary Flames, which was followed by a short flight home and a full day of rest for players on Thursday.

Home of the Canucks
Stream every Vancouver Canucks game this season with Sportsnet NOW. Plus, SN NOW+ subscriptions now include access to NHL LIVE!
CHOOSE PLAN

“I mean, there’s competition in our net,” Green said. “We know that. They understand that. I think they’re both very competitive guys; I don’t think they need another goalie to push themselves. (That idea) can be a little bit overplayed.”

Demko appears to be the A-portion of this competition. His start against the Jets will be his fourth in five games, and his standing at the moment ahead of Holtby is reflected by Green’s decision.

Holtby hasn’t started more than two games in a row this season, and that occurred only once. Demko has had two two-game spells and a three-game run before Wednesday’s win.

Statistically, they’re almost even, although both need to keep trending upward. The save percentages of Holtby (.896) and Demko (.895) are 35th and 37th, respectively, among 50 NHL goalies who have played at least five games this season. The Canucks duo has been below average at even strength (.902 for Holtby, .900 for Demko), but above average shorthanded (.857 and .889, respectively).

Importantly, Demko and Holtby have been giving the Canucks timely saves in recent games, as the Canucks — 2-0-1 in their past three — try to climb back into the playoff race in the North Division.

“I think it’s been good for each of them at different times to get some work with Clarkie (goaltending coach Ian Clark). I don’t think the competition is pushing them; I think just they push themselves and that’s what you want out of all your players. But you like the internal competition.”

One of the first really good things the Canucks achieved this season was a 4-1 win in Winnipeg on Jan. 30 — Vancouver’s first road win there since 2014 and its first win in regulation in Manitoba since the Jets moved home from Atlanta in 2011.

A lot of bad stuff followed that game for the Canucks, but the team’s play appears to have come full circle since then. Demko started that night in Winnipeg, which may also be a factor in Green’s decision to go with the 25-year-old on Friday.

The Canucks used the same forward lines and defence pairings at the morning skate:

Green said how much he likes his defensive pairings since they were re-aligned before the Canucks’ recent five-game run of greatly-improved play, which means Travis Hamonic, out with an upper-body injury since Jan. 20, will have to wait a little longer to get back in the lineup.