These pictures are truly heartbreaking. You can see a silent scream for help in every single one of these photos. The other thing you will notice: the look of betrayal. Those eyes are saying: “I trusted you… Now I’ll have to murder you in your sleep, human.” 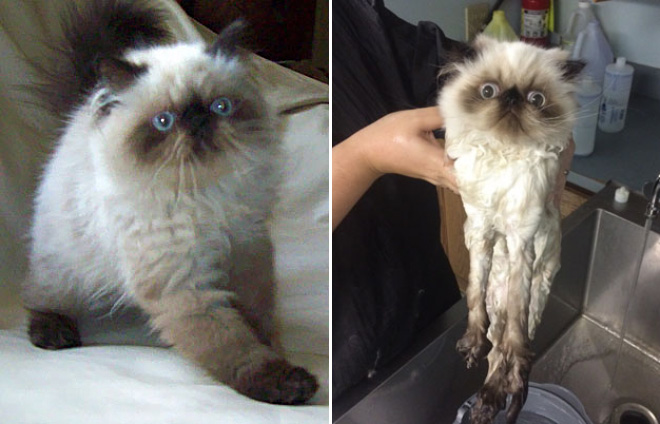 2. Cats are also very fastidious creatures. They spend a lot of time grooming themselves and likely aren’t big fans of having anything that doesn’t smell “normal” on their fur. Wet fur is extremely uncomfortable for a cat and often takes a long time to dry. Wet fur is also heavier than dry and thus makes a cat less nimble and easier for predators to catch. In their eyes, you’re creating more work for them by bathing them. 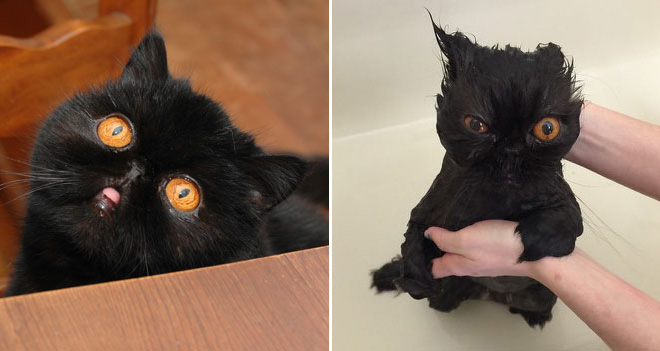 3. There are likely biological reasons as well. Even though many cats love the taste of fish, they are not ocean or river dwelling creatures historically. Because the species evolved in dry climates and had little exposure to rivers or lakes, water (except for drinking) is an element they are unfamiliar with and thus avoid. They have never learned to swim because there was no evolutionary need for it. This behavior, or lack thereof, has stuck around in our modern day cats. 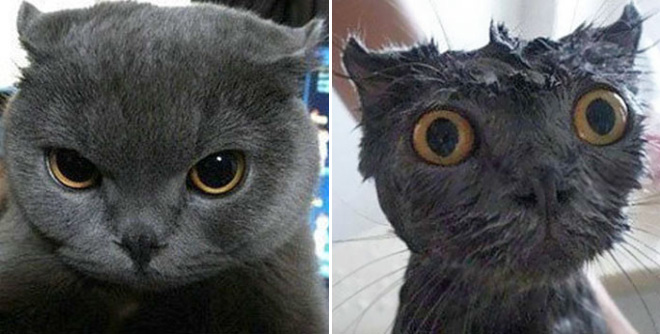 The good news is that bathing is rarely needed for cats. If your cat does need to be bathed for medical reasons, or if they became overly dirty for some reason, here are some tips to make it a little less stressful: fill the tub first, the sound and splashing of running water will make things worse. Line the tub with a folded towel (which will of course become wet) so they feel like they have something to grip onto. A slippery tub floor will also cause more stress for the cat. Use a container to carefully pour water over, versus using a faucet. Lastly, be really careful around the face and eyes! 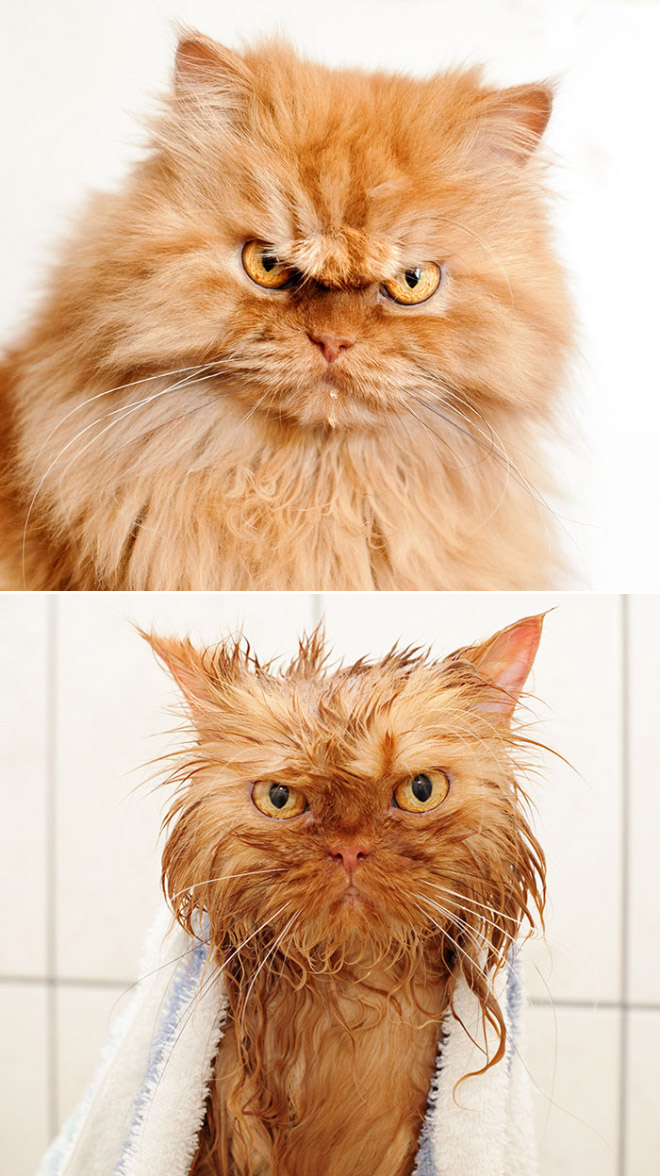 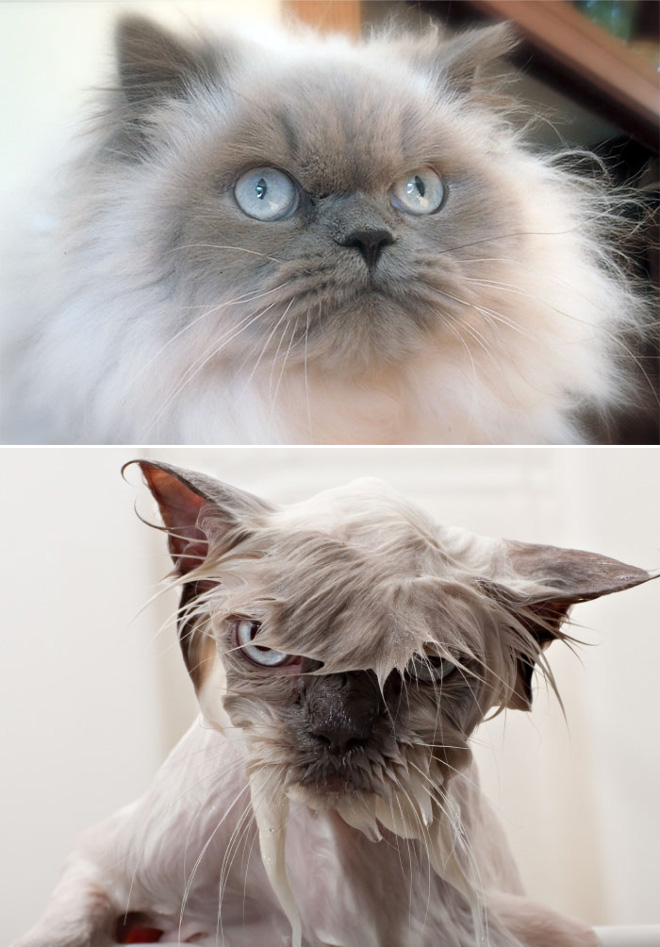 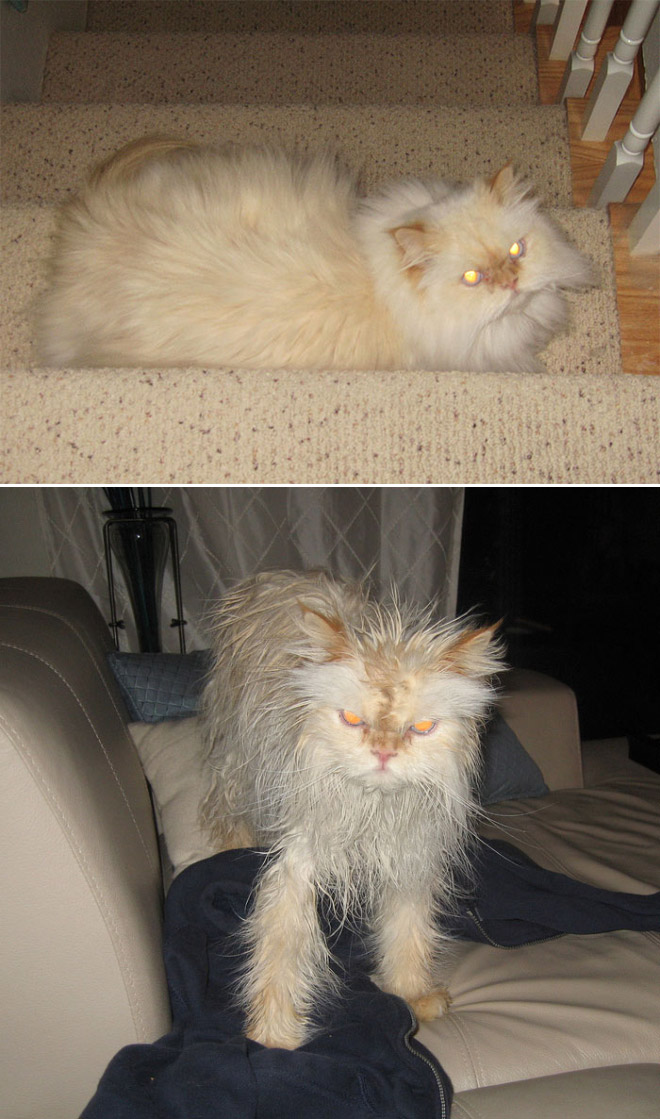 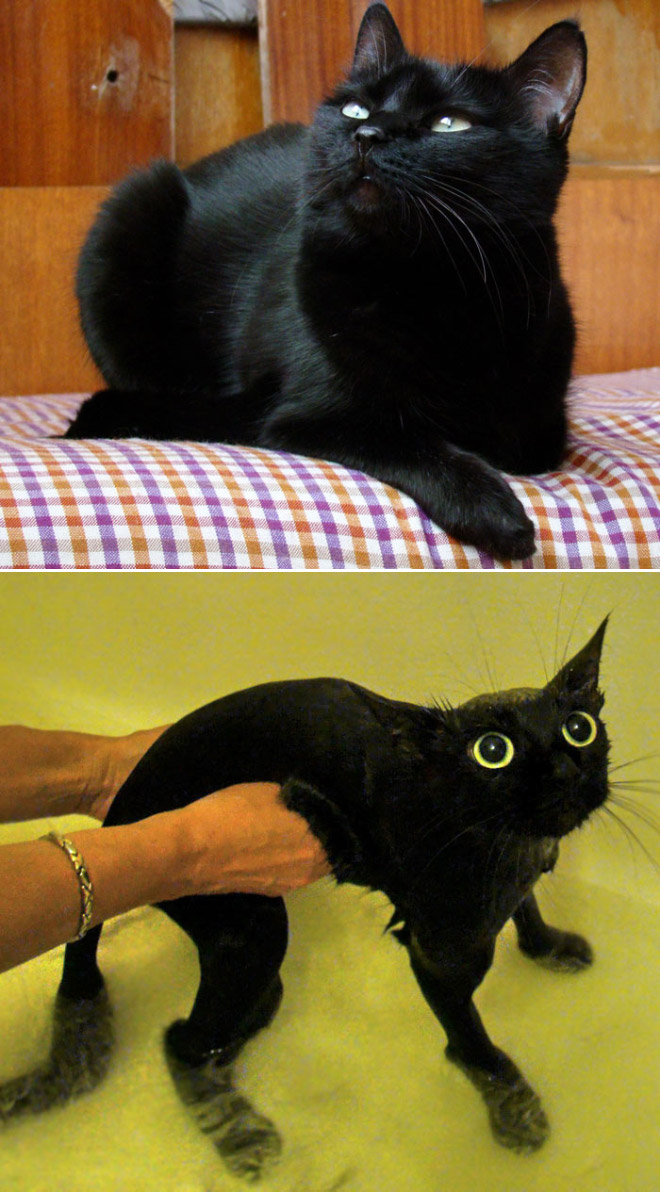 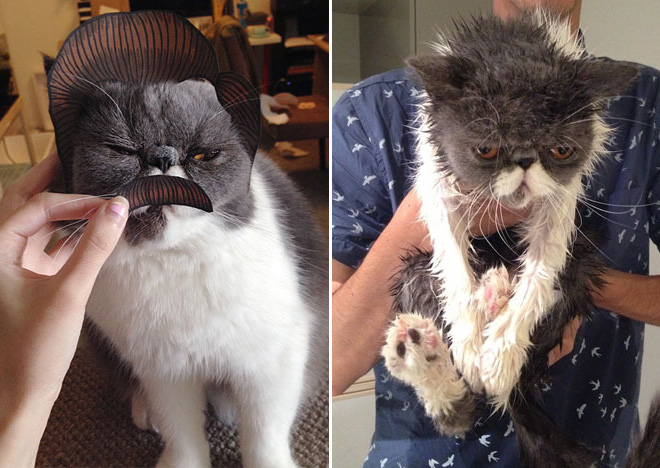 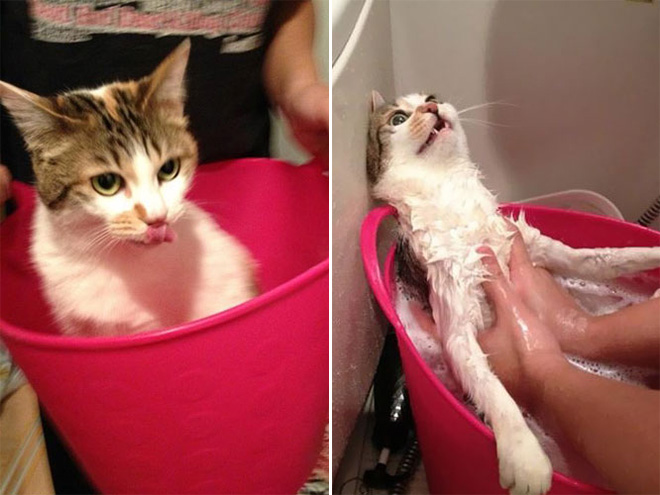 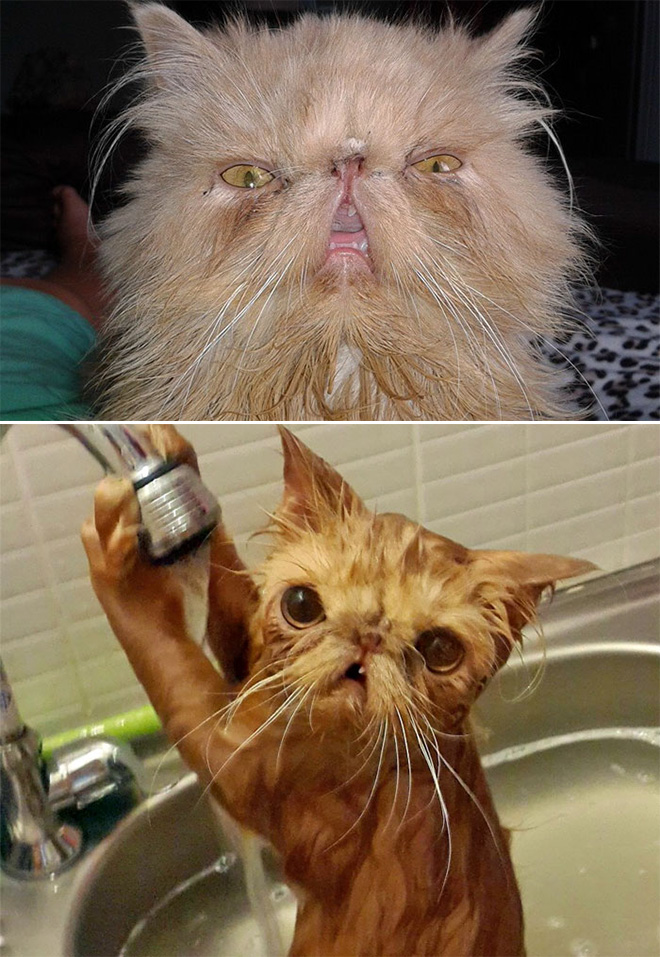 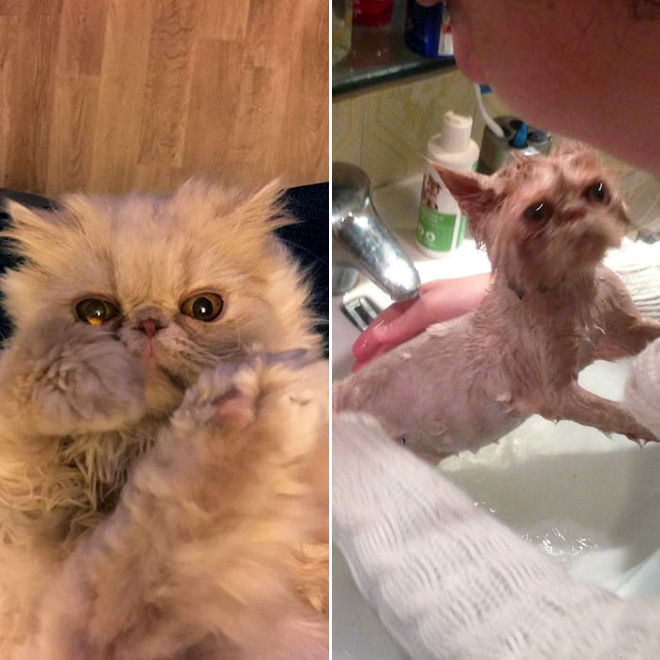 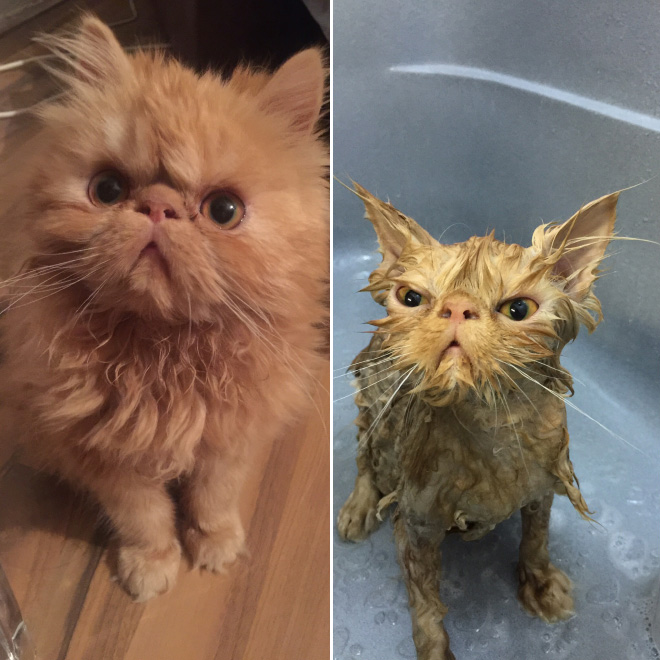 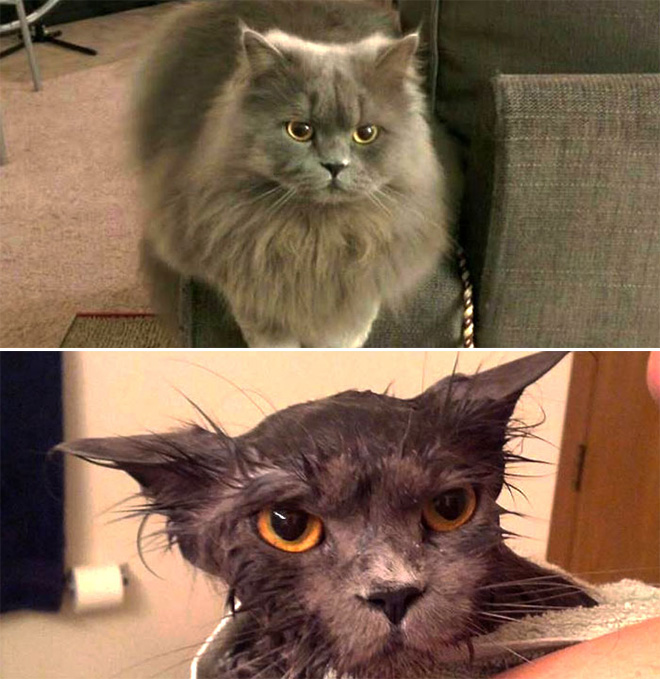 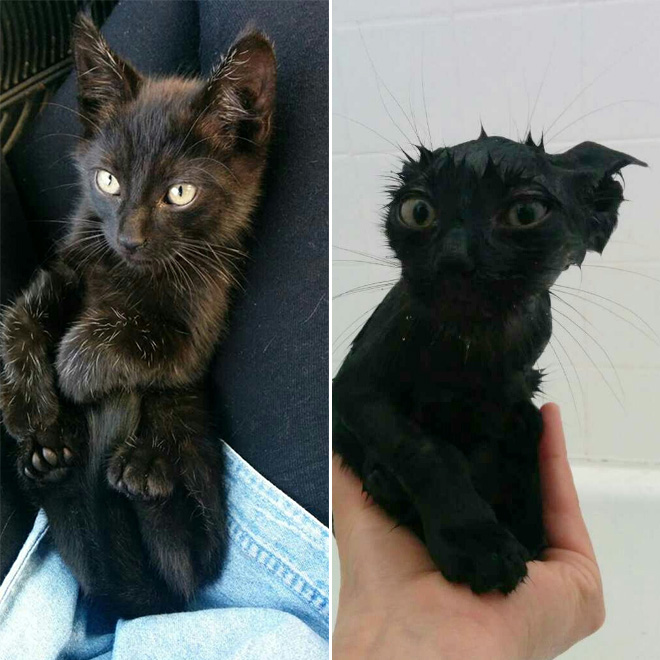 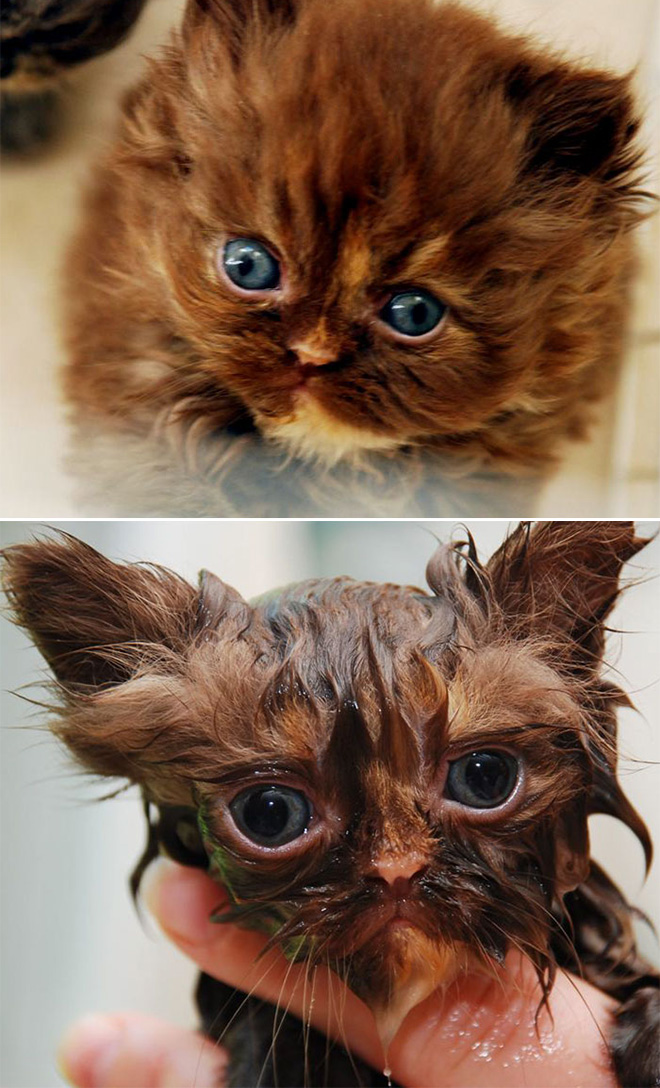 The post Cats Before And After Bath first appeared on Sad and Useless Humor.