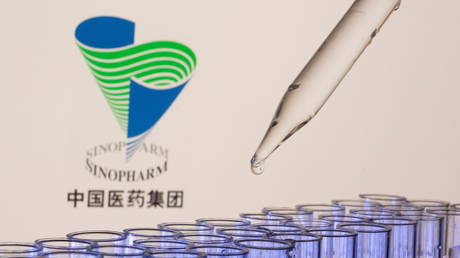 Beijing has given its approval to Sinopharm for one of its vaccines to be administered to children between the ages of three and 17, after Sinovac’s shot was given the green light for use on youngsters last week.

Speaking to reporters on Friday, Shao Yiming, a researcher at the Chinese Center for Disease Control and Prevention, said Sinopharm’s Beijing Institute of Biological Products subsidiary had been granted approval to use its vaccine on children and adolescents.

The approval means the vaccine, which is administered in a two-dose regimen, can be given to those aged between three and 17. In May, it was granted emergency approval by the World Health Organization in a move that removed residual doubts about its effectiveness and safety.

Sinopharm’s second shot, produced by its Wuhan Institute of Biological Products, is also awaiting approval for use on children.

The approval comes after another Chinese vaccine-maker, Sinovac, was given the green light by the Chinese authorities last week for its Covid-19 shots to be administered to three- to 17-year-olds.

As of June 10, China has administered a total of 845.30 million Covid-19 vaccine doses, but there is still some way to go if it is to inoculate all of its 1.4 billion people. While Beijing has not specified the number of first and second doses given, it’s believed that only around a quarter of the population has been fully vaccinated.