HomeSport
By LordOfDailytimes on December 14, 2021 Sport 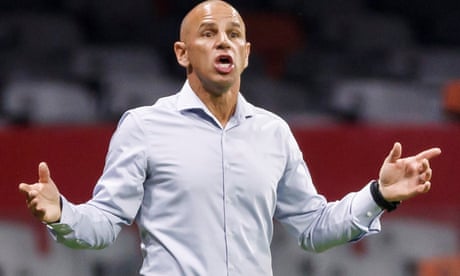 Ralf Rangnick’s new assistant at Old Trafford had a disastrous reign in charge of Toronto FC. But his role in England may well complement his skills

There has long been familiar faces among the Old Trafford coaching staff. From Ryan Giggs to Michael Carrick to Ole Gunnar Solskjaer, Manchester United have been keen to maintain the link between players and coaches. However, the appointment of Ralf Rangnick as interim manager hints at a different approach.

Rangnick is just one of the new faces United fans will have to become familiar with and Chris Armas, announced as the club’s new assistant coach following the exit of Carrick, is another. The former USA midfielder has been out of work since leaving Toronto FC in Major League Soccer in July, and is, on the surface, a left-field choice. Few in Premier League circles had heard of him before his arrival at Old Trafford.