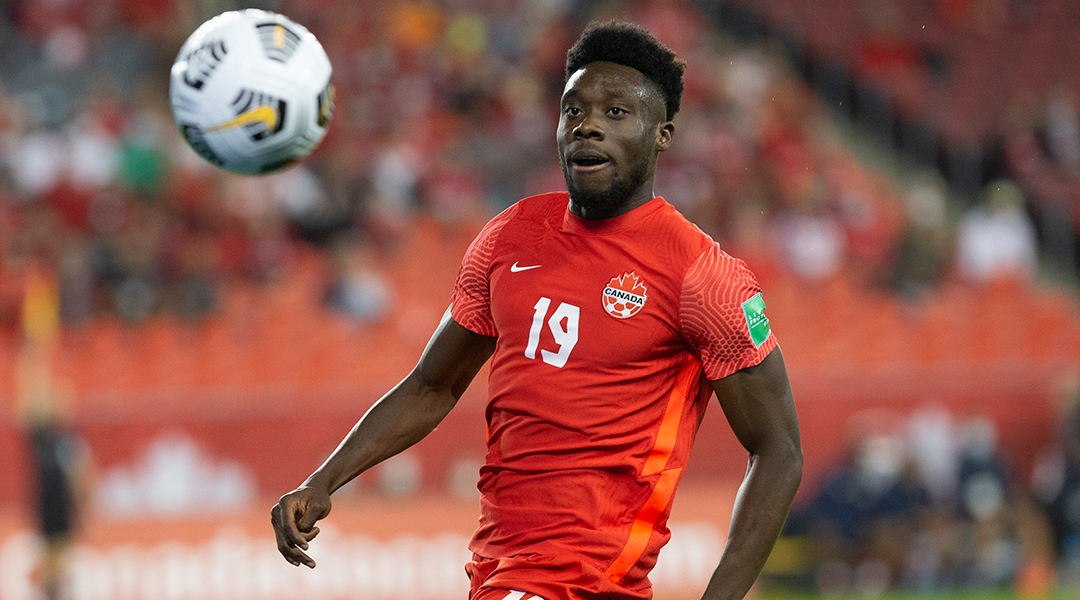 It was a performance so scintillating that even Drake noticed.

Having scored arguably the most incredible individual goal of his career, Alphonso Davies secured a vital 4-1 win for the Canadian men’s national team over Panama in World Cup qualifying on Wednesday night at BMO Field.

But Davies might’ve received his ultimate seal of approval.

“He’s just got a text from Drake,” said Canada coach John Herdman. “That’s the type of performance that lad has had.”

Buoyed by Davies, Canada is laughing now in third place in the octagonal phase of Concacaf World Cup qualifying with 10 points. Whether they’ll cry later remains to be seen.

Here are three takeaways from an unforgettable night.

Stars shine on the brightest, most high-pressure stages. That’s exactly what Davies did in a match that could’ve gone astray for Canada.

Panama boasts some of the best defensive statistics in the “Ocho” so far, from shots conceded to clean sheets. The Central Americans led early through Rolando Blackburn and held even after conceding the equalizer right before the half-hour mark; they still wouldn’t wilt.

But the strike partnership of Alphonso Davies and Jonathan David still produced quality chances. Davies fed David on a couple of occasions, only for the Lille striker to fluff the opportunities.

(Plus AA replays of the Panama goal )

To their credit, they kept hustling off the ball, combined nicely on counter-attacks and drove at the Panamanian defence. Eventually, that effort was rewarded.

“I saw the defenders, they were a little bit confused,” Davies said replaying the goal in his mind. “I started picking up pace and after that, I just committed to it. I knew that [Harold Cummings] is a bigger body than me, so I knew he was going to come in with his body, so I just tried to slow down to avoid the contact to just try to keep the ball in. When I did that, it was a two-versus-one … I beat [Fidel Escobar] and in my mind, I was like ‘just shoot the ball.’”

Long term, Davies’ display might have solved one of Canada’s major issues during this October window.

David had been noticeably ineffective in the box prior to Wednesday night, but a couple of simple tweaks, including starting the 21-year-old with a strike partner, would go a long way towards unlocking his potential again.

That partnership was practically unstoppable in transition when David really thrives. He ended up scoring Canada’s fourth of the evening, which was surely a relief for the Canadian striker. He finished the night with two shots with an expected goals (xG) total of 0.43.

“They actually got a good chemistry,” Herdman said of the David-Davies duo. “They get on well with each other off the pitch and you can see that translate on it. They worked for each other. They worked on and off the ball. Their defensive pressing and the intent, I thought, was a good partnership.

“If you’re a back four and you’ve got the predatory instincts of David and you have got that ability of Davies to stretch that [back]line, we just knew we could put dread in a back four that had played three matches. … We knew that at some point in the game they would be suffering.”

Throw in Tajon Buchanan bagging Canada’s third, and this might be the most lethal three-headed monster in Concacaf when all three are clicking like they were on Wednesday.

Lost in the hysteria of Davies’ man-of-the-match showing were some equally crucial developments, like Mark-Anthony Kaye’s importance to the midfield.

He hasn’t been perfect in every appearance. Some will highlight the turnovers in possession but a ball-progressing midfielder like Kaye is bound to mishit the odd pass. That’s the risk-reward balance and the latter was evident on Wednesday.

Kaye, having checked into the match in the 65th minute, kickstarted several promising counter-attacks with his distribution. Even the passes (shown in the pass map below) that didn’t reach their target were an attempt at supplying a scoring chance for the forwards. 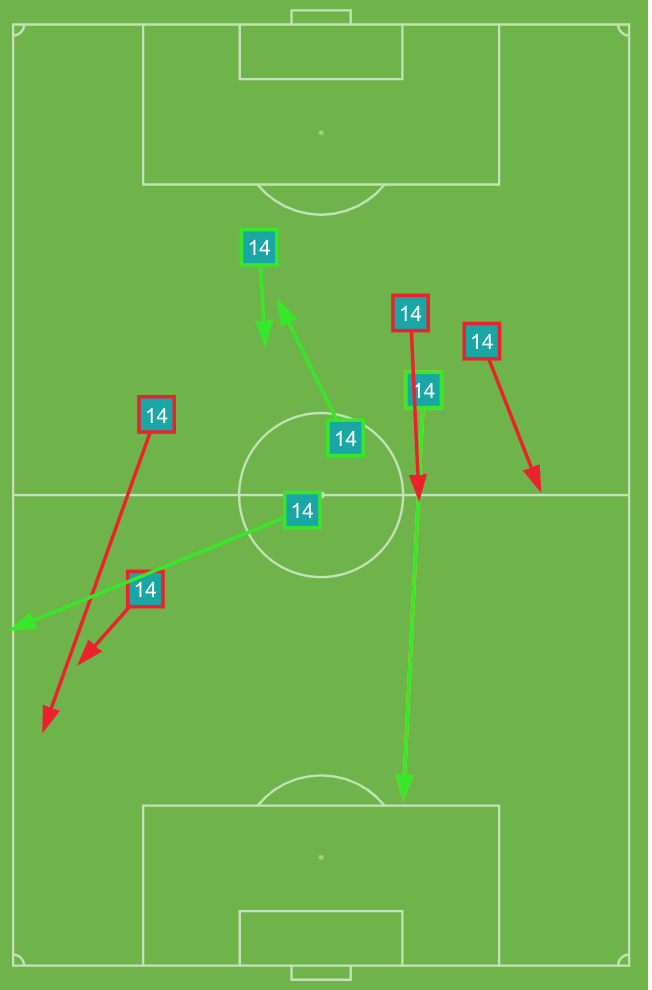 If it wasn’t for the Colorado Rapids midfielder starting the previous two matches, he would’ve featured from the outset. Kaye and Stephen Eustaquio have developed the most chemistry out of any midfield pivot in the squad, so that partnership should remain untouched when possible.

With an announced attendance of 26,622 at BMO Field, that set a record for the largest crowd at a Canadian men’s national team match in Toronto.

The team has sold out stadiums across the country before, but with matches coming up in Edmonton and – perhaps – Vancouver, turning all host cities into a fortress is imperative.

“I said to the players right at the beginning of the game, if you give 1,000 per cent in three areas, you’ll get 30,000 back from these fans,” said Herdman. “It was a really strong performance. I think we gave the fans what they came to see and gave them something to be proud of.”

With Canada hosting Mexico and Costa Rica in Edmonton, it’s the Alberta capital’s turn to provide a similarly raucous vibe at Commonwealth Stadium next month.

LordOfDailytimes
Previous ArticleDavies scores jaw-dropping goal for Canada with incredible individual effort
Next Article Party Dressing Is Back, and I Just Found This Year’s Coolest Styles