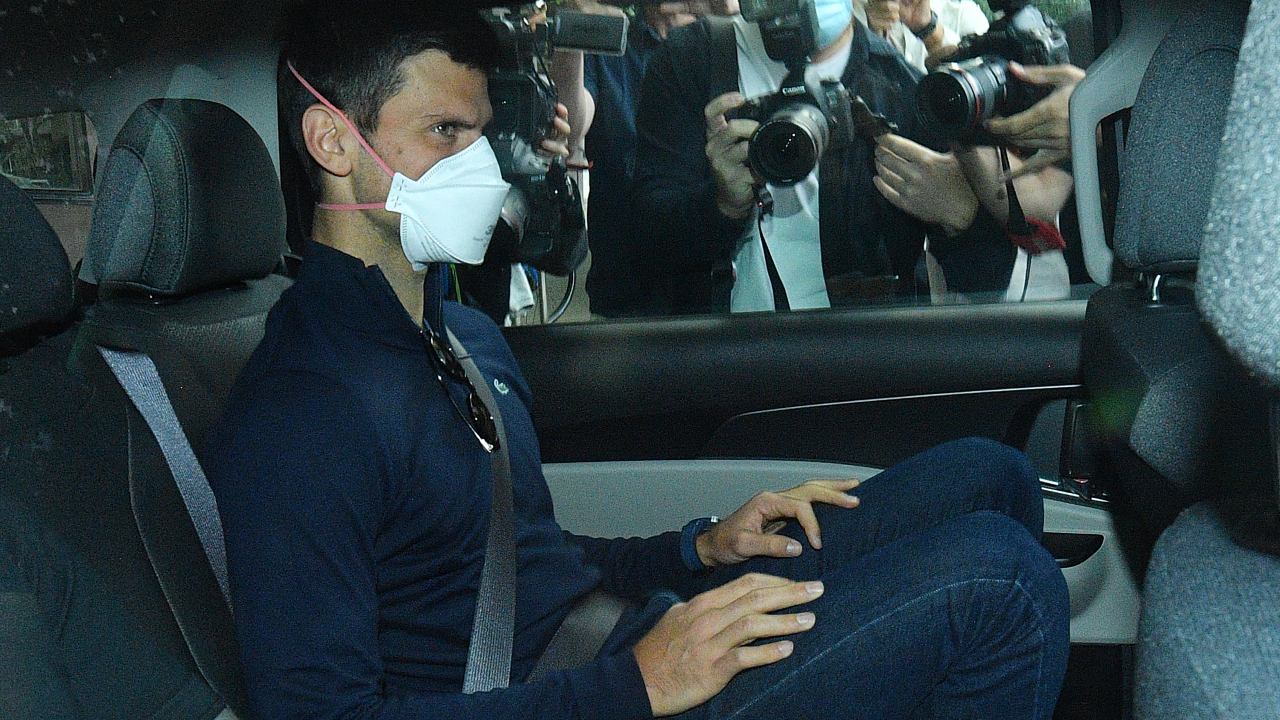 It’s not a sports story, really, though spectator sport does confer a special kind of privilege upon those who win the genetic lottery, who possess and cultivate a valuable set of motor skills, who are the best at playing the games to which we commit so many empty hours. They enjoy influence in addition to the other perks of wealth and celebrity because of the emotional commitment of the fan.

Movie stars don’t act for you. They don’t come with a rooting interest. But our investment — in teams, crests and individual players — makes athletes not easily disposable, even in the midst of a global pandemic.

Antonio Brown, among his other sins, faked a vaccine certificate, both gaming the system and putting others at risk. But because he can run fast and catch a football extraordinarily well, he was welcomed back to the Tampa Bay Buccaneers until he literally tore the uniform off his back. Aaron Rogers played cute with his “immunization” status and cites the gospel of Joe Rogan, but you won’t hear a whole lot about that if he’s handed the Lombardi Trophy come Super Bowl Sunday. Cole Beasley plays while proudly unvaccinated in front of a devoted crowd in Orchard Park who must have their shots in order to get into the building.

Double standards? No, the same old standards. They don’t have to play by the same rules as the rest of us, because they can (fill in the blank), and it has always been thus.

You sigh and express a bit of regret about the inequity of it all and then surrender to cynicism. Game on. Pass the chips.

A timeline of the Djokovic-Australian Open saga
With Novak Djokovic now officially deported after an 11-day saga in Australia, here’s a look at everything that led us to this point.
Click here for a date-by-date breakdown

Djokovic by rights should have enjoyed the same level of insulation. He is the best male tennis player in the world right now and may well be the best of all time. By winning the Australian Open, he would become the leader in Grand Slam victories, passing the other pillars of the sport’s golden era, Roger Federer and Rafa Nadal. He has been the darling of the Australian Open, dominating the tournament in recent years, and basking in the acclaim and affection and recognition that he so desires (to be fair, that we all so desire).

Melbourne is a glorious place, especially in summer, a diverse, laid-back seaside city of outdoor cafes and trolley cars and sports — the Open, the Grand Prix, the massive Melbourne Cricket Ground, home to test matches and Australian Rules Football.

It is also the city in which the citizenry endured 262 days of draconian restrictions over six separate lockouts between March 2020 and October 2021. No one on earth has had it worse.

Imagine how even the most tennis-loving local must have felt when Djokovic gleefully announced his exemption through social media, forcing the Australian government — with an election on the near horizon, with a public unsatisfied by its pandemic response — to jump into the fray. Politically, this was easy pickings, especially after the basis under which Djokovic was allowed into the country, a suspicious positive PCR test in December around which he clearly flaunted mandatory isolation, only amplified the belief that he had contempt for the rules others dutifully followed, that he was playing everyone for suckers.

In other circumstances, that kind of arrogance would probably have slipped right by. But not now, not after almost two years of this, not after all the suffering and sacrifice in the name of the common good.

It seems that there is indeed a breaking point.

Djokovic exits Australia a hero and martyr and home in Serbia, a status amplified by the history and culture of that country, and for the anti-vaxx crowd elsewhere. But the truth is that for all the chatter, this isn’t really a particularly divisive issue. If 80 per cent of your population is vaccinated, that’s what you call a consensus.

And the other truth is that Djokovic will be back. Before self-satisfaction settles in, understand that you’ll be able to see him at Roland Garros in June, and perhaps in Montreal in August (that will be an interesting discussion in this country, even if by then — please, please — a degree of normality has returned).

The three-year ban from Australia? Here’s betting he’s back in the Open draw in 2023, because — well, see all of the above.

Yes, it is reassuring that there is a line that cannot be crossed, even for the rich and famous possessors of a magnificent backhand.

But don’t kid yourself about what comes next.