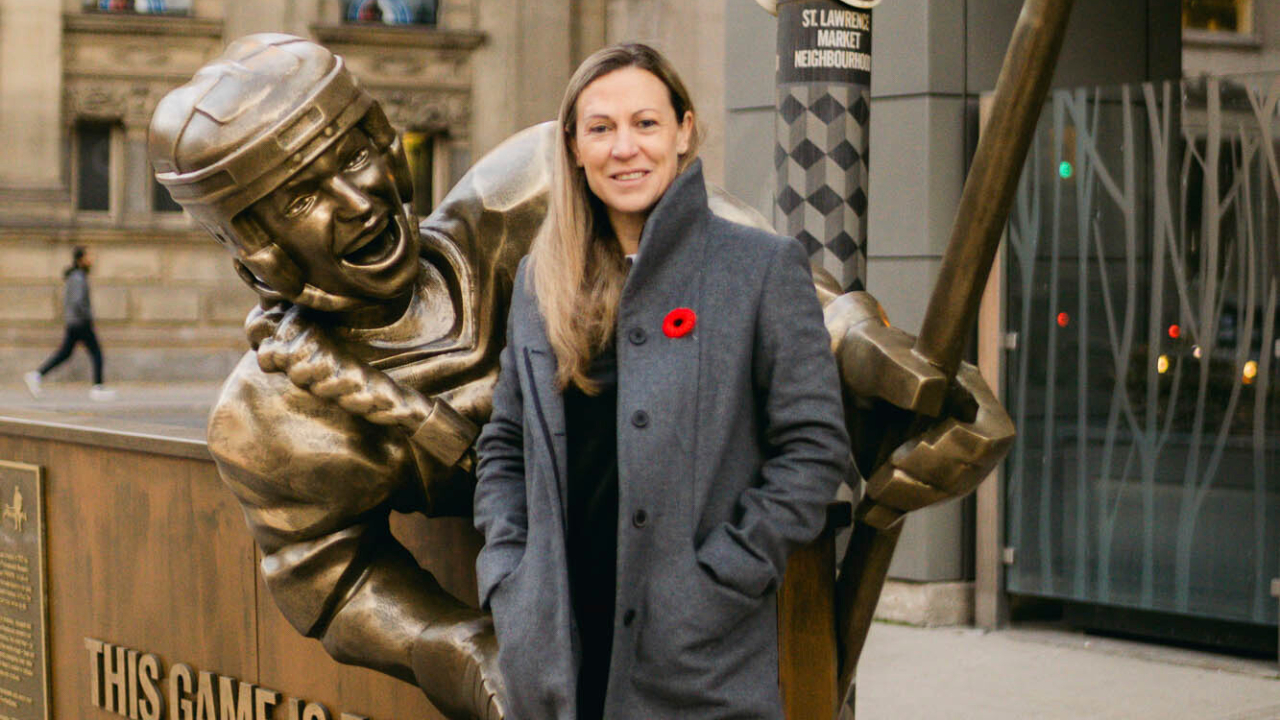 American star Hilary Knight is on the same roster as Canadian rival Brianne Jenner for the first time ever, and on another team, Canada’s Sarah Nurse — the EA Sports cover star — could find herself skating on a line with Americans Amanda Kessel and Kendall Coyne Schofield.

The PWHPA’s four teams have been announced, and they’ll go head-to-head starting next month, when the association’s fourth season officially kicks off. Two showcase events have been announced so far — in Montreal in October, and Truro, N.S. in November — and upcoming announcements are in the hopper for the balance of the season.

But, contrary to the PWHPA’s hopes, those announcements don’t include a pro league scheduled to start in January 2023, as was previously reported, though that was certainly what the association was working toward.

“That was our ambitious goal,” PWHPA operations consultant and Hockey Hall of Famer, Jayna Hefford, tells Sportsnet. “It always has been for us, as soon as possible. That hasn’t changed. We knew it was ambitious, we knew it was aggressive, but we wanted to put that on the calendar, basically, as a goal for us.”

Hefford adds: “January is not happening. It will be an extension of our season for these athletes, not a new entity.”

That means many of the best players in the world will once again be playing in travelling showcase events this season, in Canada and the U.S., instead of a new pro league.

While the goal wasn’t met for January 2023, there’s no doubt in Hefford’s mind that a pro women’s league will soon emerge from the PWHPA. She says the association has been working with the advisory firm, Deloitte, for the last year and a half to build a model for a league and to get it in place. Additionally, the PWHPA has signed a letter of intent to work “under exclusivity” with Billie Jean King Enterprises and the Mark Walter Group, “working through what possibilities could exist.”

“It takes a long time to do something so significant,” Hefford adds. “And for us, we’ve always said, ‘We’ve got to get this right.’ It hasn’t been right for far too long, or ever, really, for women’s professional hockey, and we feel like we’ve got to do it right this time, and the players are committed to doing it right.

“We’re pushing as hard as we can and we’re trying to make things happen as fast as possible, but we’re at where we’re at. We’re excited about where we’re at, and the momentum that we feel, and we’ll continue to chase that down.”

The PWHPA has made strides this year compared to last. Teams will play a minimum of 20 games (Hefford is hopeful that number will be 24), the most in the association’s history.

The weekend-long showcase events will continue to travel to different cities for games, but this year since there are four teams (down from five last season), each team will participate in every showcase. That means the level of play will also be higher than ever: 150 players registered for the PWHPA, and the player pool was cut down to the top 100 talents, which includes 40 Olympians.

The four teams are all represented by sponsors — Harvey’s, Scotiabank, Sonnet and adidas — with rosters that read “like all-star teams,” as Hefford puts it. You’ll find “Captain Clutch” Marie-Philip Poulin on Team Harvey’s with Ann-Renée Desbiens, who backstopped Canada to Olympic and world championship gold earlier this year. Team Scotiabank boasts a powerful blue line headlined by Team USA’s Megan Kellar and Canada’s Brigette Lacquette. And, unlike in the past, rosters weren’t formed based on where players live.

“The roster mix-up, it’s sort of a transition to what fans will see in a pro league, where the best women in the world can all be in one league together,” Hefford explains. “It’s no longer Toronto-area players against Minnesota-area players against Calgary-based players.”

That was an idea put forth by the PWHPA board, which is made up of association members like Knight and Nurse and Coyne Schofield. They wanted to make the teams less regionalized, because some areas have more elite players than others, and some regions have access to more ice time.

And unlike previous seasons, where it was winner-takes-all each weekend, points are cumulative this year, with a champion crowned at the end of the season. Because all four teams will be playing the same number of games, stats will also be easier to compare across players and teams. The showcases, cumulatively, will have more of a league feel than ever.

Players like Nurse and fellow Canadian national team regular Renata Fast and American Alex Carpenter, who joins the PWHPA this season after playing the last couple in Russia, will all be training together in the Greater Toronto Area, Hefford explains, but they’re not all on the same team (Nurse and Fast are on Team adidas, and Carpenter is on Team Scotiabank).

As for how those rosters were put together, it was a process determined by a selection committee of nine people from organizations like the NCAA, USA Hockey and Hockey Canada. The selection committee rated every player who registered with the PWHPA, and each was given a weighted score.

When Hefford says “there was a lot to consider” when it came to making the four teams, that’s an understatement. Not only did they want parity — enough first-liners on each team, for example — they didn’t want one team heavy with American players and no Canadians (“We wanted to really mix up nationalities,” Hefford says), and they couldn’t have a bunch of left-shooting defencemen together, and they couldn’t have an athlete sponsored by Nike on Team adidas, for example.

“Really, it was a lot of things, and we tried to balance it as best as we could,” Hefford says. With each player having a weighted score, each team had the same total score.

It means the level of play and parity will be better than ever. Also new to the PWHPA this year is more support with strength and conditioning than in past seasons, and “players will receive more compensation this year,” Hefford says.

“Each year has been bigger and better, and I’m confident this year is going to be our best one yet,” she adds. “We’re working on some pretty big stuff, and hopefully this is just the beginning.”

Hopefully, it’s the end, too.

Asked if this could be the final season of showcase events for the PHWPA, Hefford says: “We hope so.”

When the association formed four years ago, the goal was never to be a touring model. “That was just the best way that we could operate under the circumstances we were under, being a players’ association,” Hefford says. “For a couple years, we’ve hoped that we would be able to move on from the touring model. I hope we’re moving on to something bigger and better from this year after the season.”

There’s nothing to announce yet on that front, but there will be in the future, according to the four-time Olympic gold medallist who’s been at the helm of the PWHPA since its inception.

“We’re all very excited about where this is headed,” Hefford says.

LordOfDailytimes
Previous ArticleHungary comments on ties with US if Trump elected
Next Article Goalie coaches break down Matt Murray’s game, how he’ll fare with Leafs