HomePolitics
By LordOfDailytimes on November 18, 2021 Politics 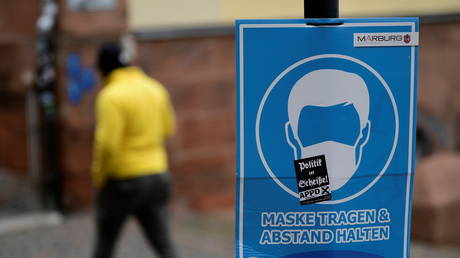 The Robert Koch Institute, Germany’s disease control agency, has warned that the country will face a “really terrible Christmas” unless steps are taken to mitigate a huge rise in Covid-19 cases.

Speaking on Thursday, the director of the Robert Koch Institute, Lothar Wieler, reiterated the case for new, strict countermeasures to prevent the spread of Covid-19.

“We are currently heading toward a serious emergency,” Wieler stated, adding “we are going to have a really terrible Christmas if we don’t take countermeasures now.” He added that hospitals are already struggling to find enough beds.

Wieler has called for a campaign for a further increase in vaccine uptake, from the current 67% to well over 75%.

The disease institute director also believes bars, nightclubs and other large-scale venues should be temporarily forced to close, while other areas of public life would be off-limits to the unvaccinated.

His comments come as German leaders ponder new restrictions to replace the nationwide epidemic rules, which could include a lockdown of the unvaccinated, following measures already taken in neighboring Austria.

On Thursday, the country’s vaccine advisory board, STIKO, recommended that booster shots be made available to everyone above the age of 18, in an attempt to counter waning immunity levels.