HomeSport
By LordOfDailytimes on May 20, 2022 Sport 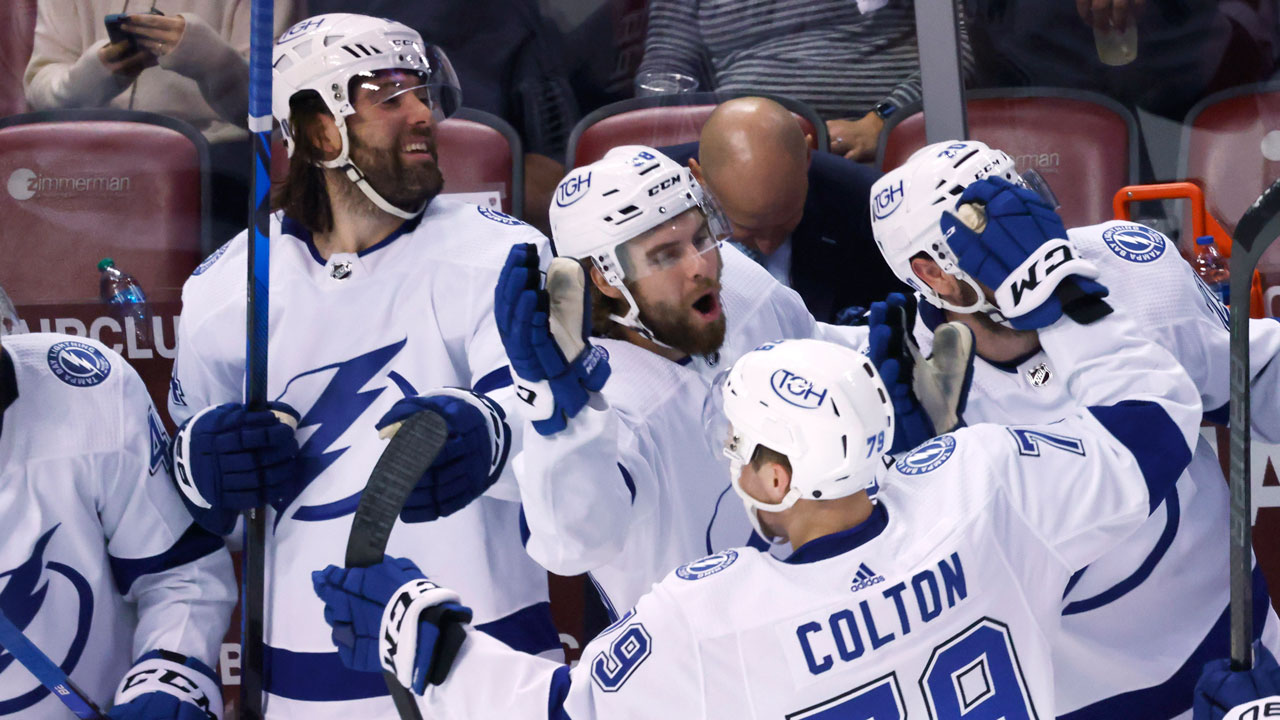 After all their wins, their Presidents’ Trophy season and record-breaking offence, their upgraded lineup and first playoff series victory in 26 years, the Florida Panthers are precisely where they were last year against the Tampa Bay Lightning: down 2-0 in the playoffs after getting swept on home ice.

The only difference, after Tampa’s buzzer-beating 2-1 win Thursday in Sunrise, Fla., is that this is the second round of the National Hockey League playoffs, not the first. It looks like it will be as far as the Panthers get in the Stanley Cup tournament.

In 82 regular-season games — 58 of them wins — the highest-scoring team in the NHL’s salary-cap era scored fewer than two goals only three times. They did it twice in three days against the Lightning, who don’t have the talent they boasted while winning the last two Stanley Cups but possess infinitely more playoff knowhow than the Panthers.

“It’s just amazing what this group can continue to fight through,” Lightning captain Steven Stamkos said. “Obviously, we knew they were going to push. And they pushed, they played a great game. But we bent, we didn’t break.

“You want to win every game and you come on the road with that mentality. You want to steal one for sure; that’s definitely the mindset. But when you get that first one, we talked about, ‘Let’s get greedy here.’ We did it last year — we came in and won the first two. There’s no taking a breath now. We did our job here in an environment that is tough, obviously, to win in. (But) let’s stay focused. Let’s regroup, let’s get some guys a little more healthy, but let’s keep the foot on the gas.”

Even just a split of the next two games in Tampa should allow the Lightning to advance to another Eastern Conference Final because a team that has won nine straight playoff series is unlikely to lose three straight playoff games if they get up 3-1.

By contrast, the Lightning simply don’t beat themselves. Battle-hardened, with a winning culture that has players as hungry for their third Stanley Cup ring as they were for their first, the Lightning are always difficult to break down. They don’t implode, which is what the Panthers did in the final seconds on Thursday.

Deep in his zone and with the clock ticking down, Florida defenceman Gustav Forsling flung the puck around the boards into traffic. Nikita Kucherov beat Noel Acciari to it to keep it in at the blue line. With a second chance to clear, Panther forward Eetu Luostarinen was unable to get the puck past Ondrej Palat at the point. And when the puck was pushed back behind the net to Kucherov, Panther defenceman Mackenzie Weeger abandoned the front of the goal, leaving Ross Colton an uncontested point-blank shot that he buried with 3.8 seconds remaining after a sublime reverse pass by Kucherov.

“We had the puck behind our net,” Florida coach Andrew Brunette summarized. “We were fine. They weren’t forcing us really. We threw it away, and then we threw it away again. We lost a battle, and then we chased behind the net. So I think for a game that structurally all game was pretty good, it was the last 20 seconds that the cost us tonight.

“They’re a team that doesn’t make any (mistakes). And we played 59 minutes and 40 seconds and had very little, limited mistakes and kind of were hanging in the game and managing extremely well. I thought we had more energy, more urgency. I thought we played our game the whole night. And just that 20 seconds. . . stings.”

Florida goalie Sergei Bobrovsky, who made what seemed like a game-saving glove save on Palat with four minutes remaining, had no time to push out and stop Colton from chipping the puck into the roof of the net.

“Everybody’s disappointed, you know?” Bobrovsky said. “It was quiet (in the room) but all guys are pro. Everybody understand that next game is big. We can make a difference in the future, not in the past, you know? We just have to stay together again and keep working.”

After his 115-point regular season, Florida forward Jonathan Huberdeau has one goal and three assists in eight playoffs games. The other Panther star, Aleksander Barkov, has two goals. Sam Reinhart, who had 82 points in the regular season, has three in the playoffs.

Until this month, Reinhart, 26, had never played a playoff game. Barkov, 26, and Huberdeau, 28, have played only 24 apiece. That lack of Stanley Cup experience partly explains their struggle to score like they did in the free-wheeling regular season. But nothing can explain a Florida power play, which was fifth-best in the NHL during the regular season, starting the playoffs 0-for-25. It was 0-for-4 on Thursday, when Tampa’s power play went 1-for-3.

In eight playoff games, the Panthers have been outscored 11-0 on special teams.

“They’re squeezing it,” Brunette said. “It’s really unbelievable, but I liked the urgency (on the power play). We had some looks. I thought it was better. It was a great opportunity to capitalize there.”

Florida’s 25th failed power play began with 3:23 remaining in the third period when Stamkos took a tripping penalty and was lucky not to be assessed a second minor for picking up the puck to get a whistle. Tampa goalie Andrei Vasilevskiy made two difficult saves on deflections to keep the game tied 1-1.

The Lightning are doing this without top forward Brayden Point, who missed his second straight game after suffering a hip or groin injury in Game 7 of the first-round win against the Toronto Maple Leafs.

Is there a better depth scorer for playoff hockey than ornery Corey Perry?

The 37-year-old, fiercely competitive but slow afoot, looked done when the Anaheim Ducks bought out his contract three years ago. But all Perry did the last two seasons was go to Stanley Cup Finals with the Dallas Stars and Montreal Canadiens.

Perry’s game-opening goal Thursday, on a perfect power-play feed by Stamkos, was his fourth goal in nine playoff games for the Lightning. Perry has more goals than Huberdeau and Barkov combined. He has also played 176 playoff games.

He played Game 2 with stitches near his right eye after beaning himself in the warmup.

“It was my own shot that hit the crossbar, came back and I couldn’t react quick enough,” Perry said, describing the incident as a first for him. “Get a couple minutes to warm up and away you go.”

Lightning players keep coming back after heading to dressing room