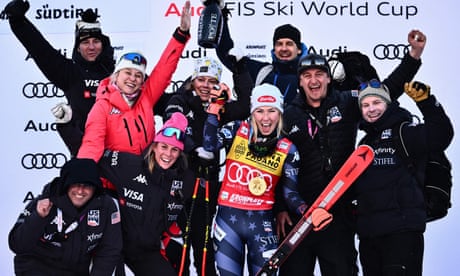 Mikaela Shiffrin didn’t wait long to add to her record total of World Cup wins. A day after securing record 83rd victory, Shiffrin added her 84th win on Wednesday in another giant slalom on the same course.

And just as she had a day earlier, Shiffrin led from start to finish, dominating the first run down the steep Erta course and then adding to her advantage in the second. Shiffrin finished a massive 0.82 seconds ahead of two-time Olympic silver medalist Ragnhild Mowinckel and 1.19sec ahead of Olympic champion Sara Hector.

LordOfDailytimes
Previous ArticleFyodor Lukyanov: NATO has already destabilized Europe, is it about to deliver the same medicine to Asia?
Next Article US to increase weapons production for Ukraine – NYT