HomeFashion
By LordOfDailytimes on June 10, 2021 Fashion 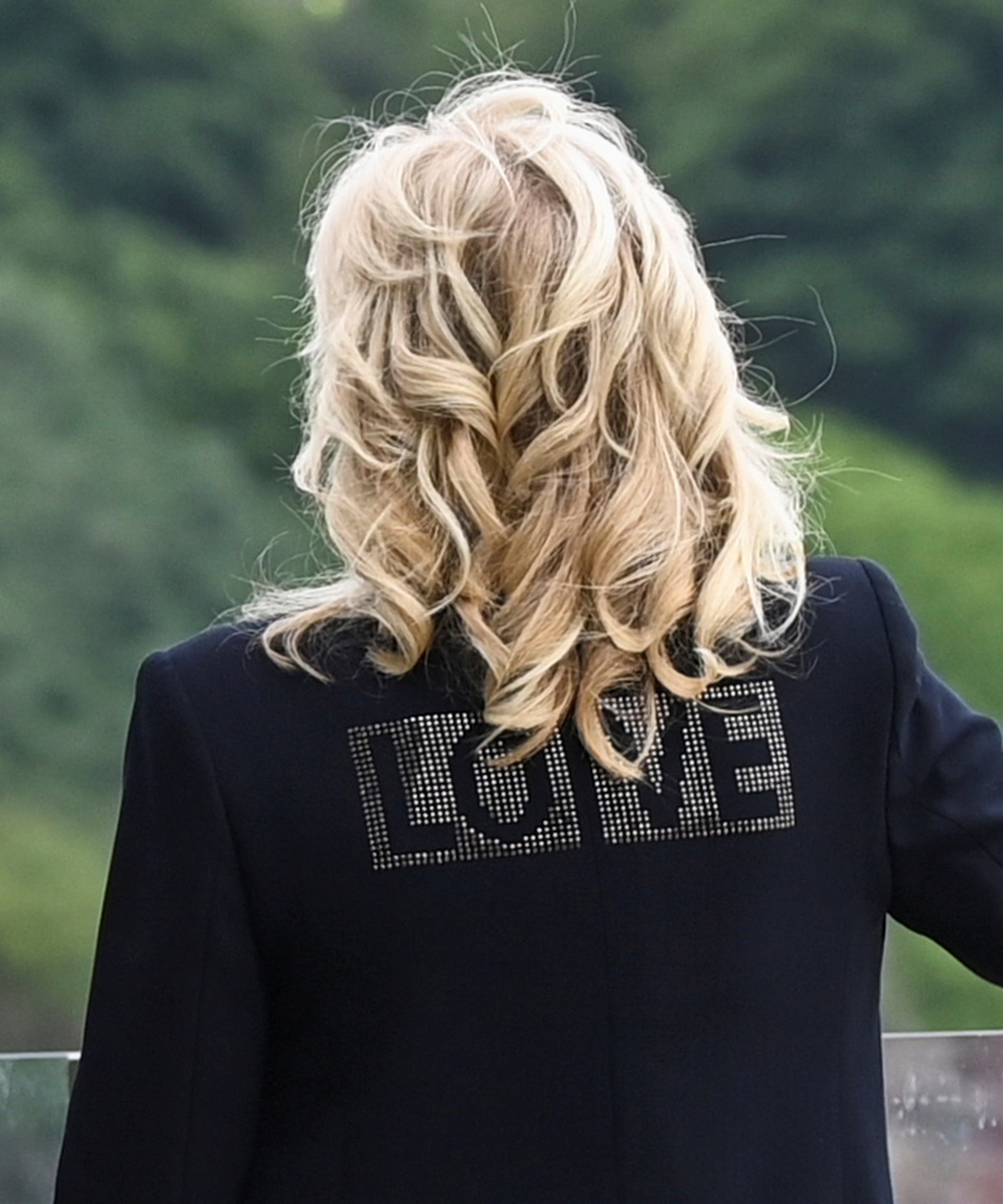 Jill Biden is sending love with her latest look. On Thursday, the First Lady met with U.K. Prime Minister Boris Johnson while wearing a black jacket with the word “Love” emblazoned with crystals on the back.

Following Biden wearing the look, people online were quick to bring up Melania Trump’s “I Really Don’t Care, Do You?” parka from Zara, which she wore to visit migrant children inside a detention center in 2018. Following the backlash to the look, Melania’s spokeswoman at the time, Stephanie Grisham, argued that “it was just a jacket.” Later, Donald Trump contradicted the statement, saying that the parka was a response to the “fake news media.”

While many speculated that Biden’s Zadig & Voltaire blazer was a dig at Melania, FLOTUS told the press that the look was intended to provide a “sense of hope after this year of the pandemic.”

“I think we are bringing love from America. We are trying to bring unity across the globe,” she told the reporters in attendance.

During her time as the First Lady, Biden made plenty of fashion statements that included a Valentino bag with her dogs Champ’s and Major’s faces on it, a pair of fishnets that outraged conservatives, and over-the-knee “vote” boots.

Biden has also focused on celebrating American fashion designers. On Inauguration day, FLOTUS wore a sparkly blue coat and dress by up-and-coming designer Markarian and, later, a white Gabriela Hearst dress with flowers from all states and territories embroidered on the chest.