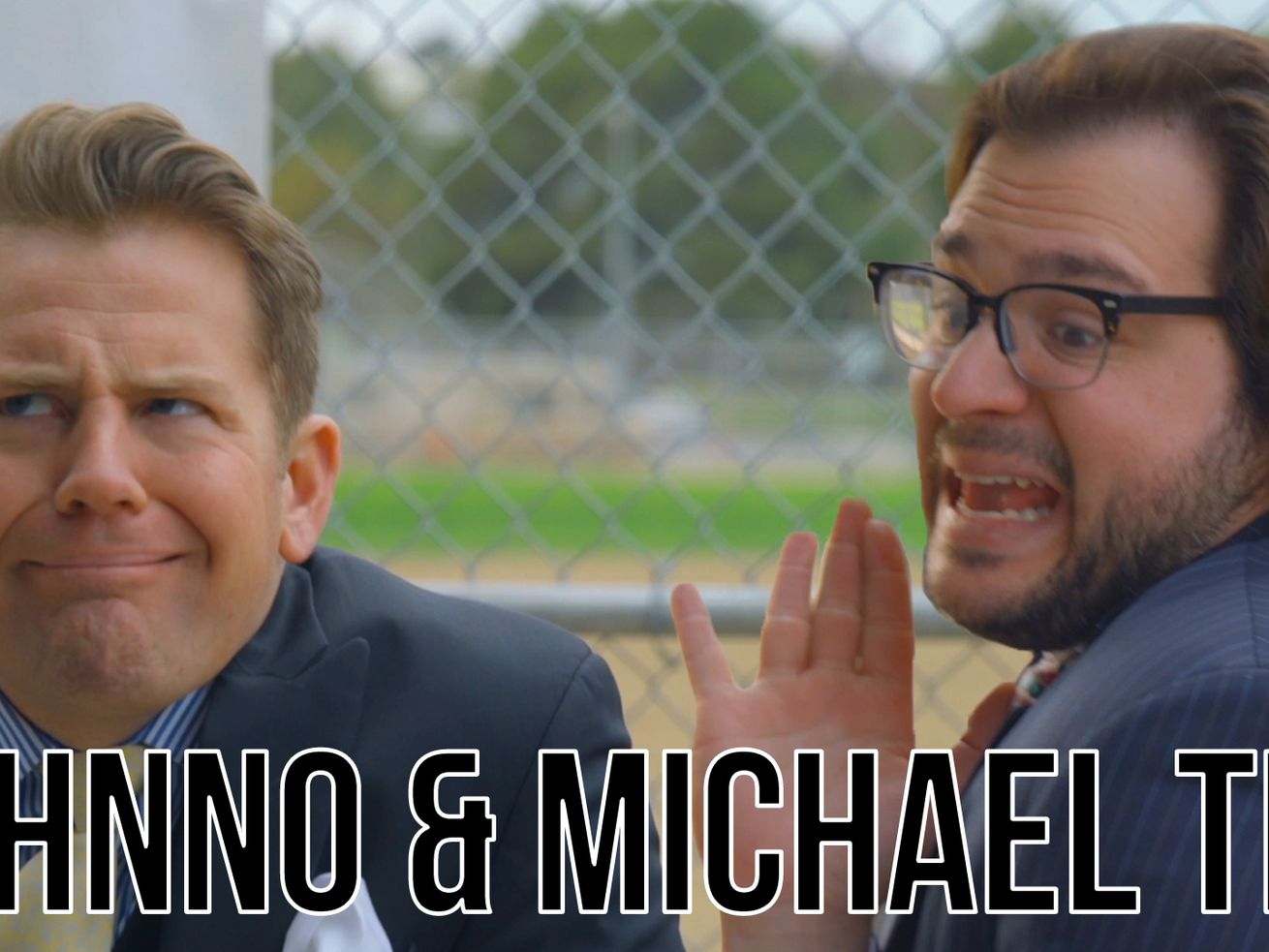 Even though they were shunned by local public schools, Johnno and Michael try hosting their own Career Day so they can give students (and the world!) the secrets to being a successful, bookable actor.

Career Day has a reputation for being notoriously underwhelming.

Most schools don’t have the time or resources to provide a comprehensive career day because most schools in the United States are so devastatingly underfunded, so most career days are a mixed bag of well-intentioned volunteers from local and corporate businesses who will give you their two cents how how to get a job while low-key pitching you on applying to their company. This is totally a step in the right direction, but students definitely need more.

LUCKY – JOHNNO AND MICHAEL ARE DOING THEIR OWN CARRER DAY AND PLAN TO BE TOTALLY HONEST ABOUT HOW BRUTAL PURSUING YOUR DREAMS CAN BE. No toxic positivity here folks – just Johnno and Michael sharing the secrets on how to be a successful, bookable actor while also being honest about how much (and how hard) you will fail before you see any amount of success. It ain’t glamours – but hey, at least you’re failing at doing what you love instead of failing (or being mildly successful) at something you hate!

A note from FOD: please don’t just rely solely on your school’s career day (or Johnno and Michael’s career day) to dictate your career path – use the Internet, your friends, and your family as a resource. Make yourself personally responsible for your own success so that, years later, you’re not one of those people who blames everyone around them for being unhappy.

ABOUT JOHNNO AND MICHAEL TRY

In this series, Johnno and Michael try things. The two aren’t always successful and (often) hilariously fail, but hey – at least they’re having fun!