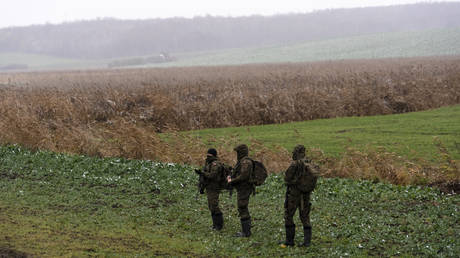 Internal communications from the Associated Press – released by online news outlet Semafor – apparently show editors approved a bogus news alert about Russian missiles striking Poland. While the journalist behind the false alarm has been sacked, it remains unclear whether his “US intelligence” source was misinformed or deliberately lying.

AP staff were alerted to the news by Jim LaPorta, a national security reporter whose LinkedIn bio describes him as a former “intelligence cell chief” in the US Marine Corps. In Slack messages published by Semafor on Wednesday, LaPorta told his colleagues that his “senior US intelligence” source had been “vetted by Ron Nixon,” AP’s Vice President of News and Investigations.

Lisa Leff, an editor on the agency’s European desk, asked LaPorta whether she could publish the alert without confirmation from Poland or another source, a decision that LaPorta said was “above my pay grade.” Deputy European news editor Zeina Karam ultimately decided to publish, believing that Nixon had signed off on the source.

As Leff then sent the alert, LaPorta wondered in the chat whether the incident would trigger Article 5 of the North Atlantic Treaty, which requires the entire NATO alliance to respond to an attack on a single member.

In one message, the AP’s Warsaw correspondent, Vanessa Gera, implied that the agency trusts US spies to provide accurate information. “I can’t imagine a US intelligence official would be wrong on this,” she wrote. As it turned out, the source was wrong.

Moscow denied firing any missiles at Poland, and Western leaders announced shortly afterwards that they believed the missile was actually launched by a Ukrainian air defense system.

Ukrainian President Vladimir Zelensky called the incident a “Russian attack on the collective security” of NATO, and urged the West to “act” in response, Kiev now admits that the missile was likely its own. Senior Zelensky aide Mikhail Podolyak conceded that the Poland missile strike was “a good story” which served to scare NATO into developing a “tougher attitude.”

LaPorta was fired by the Associated Press on Monday. The identity of his US intelligence source remains unknown, although AP staff told Semafor that they do not believe that he or she was spreading “deliberate misinformation.”

LordOfDailytimes
Previous ArticleH&M’s Black Friday Sale is Here, and It Includes So Many Best-Sellers
Next Article So Many M&S Bestsellers Are On Sale Right Now—Here’s My Edit