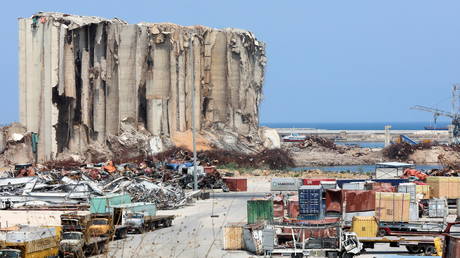 The August 4, 2020 explosion destroyed swathes of the port city, causing billions of dollars in damage, killing more than 200 and injuring over 7,500. It was one of the largest non-nuclear explosions in history, in which hundreds of tonnes of ammonium nitrate detonated in a warehouse. However, despite the devastation the explosion caused, no Lebanese officials have been charged over the incident.

Speaking on behalf of the victims’ families ahead of the anniversary of the explosion, Amnesty International issued a scathing condemnation of the unwillingness of authorities to cooperate with investigations into the blast.

“Lebanese authorities have spent the past year shamelessly obstructing victims’ quest for truth and justice following the catastrophic port explosion in Beirut.”

Shortly after the explosion, Lebanese authorities detained 16 port officials, responsible for overseeing the storage and security at the dock since 2014. In December 2020, the-then acting Lebanese prime minister, Hassan Diab, and three former ministers were charged with negligence. However, no convictions have followed and the families of victims have accused politicians of protecting senior officials from prosecution, instead blaming low-level individuals.

The judge overseeing the investigation into the blast, Fadi Sawan, was removed from his position in February after politicians accused the judicial figure of overstepping his powers and questioned his impartiality. At the time, Legal Agenda, an advocacy group, claimed the move could deter a future justice from investigating political figures and holding them accountable for their actions.

According to Amnesty, leaked documents show that Lebanese authorities had repeatedly warned successive governments about the dangerous stockpile of chemicals at the port, but no action was taken to ensure the area was safe. Former Prime Minister Diab and members of his government have denied any wrongdoing with regards to the blast or storage of chemicals at the port.