HomeSport
By LordOfDailytimes on July 20, 2020 Sport 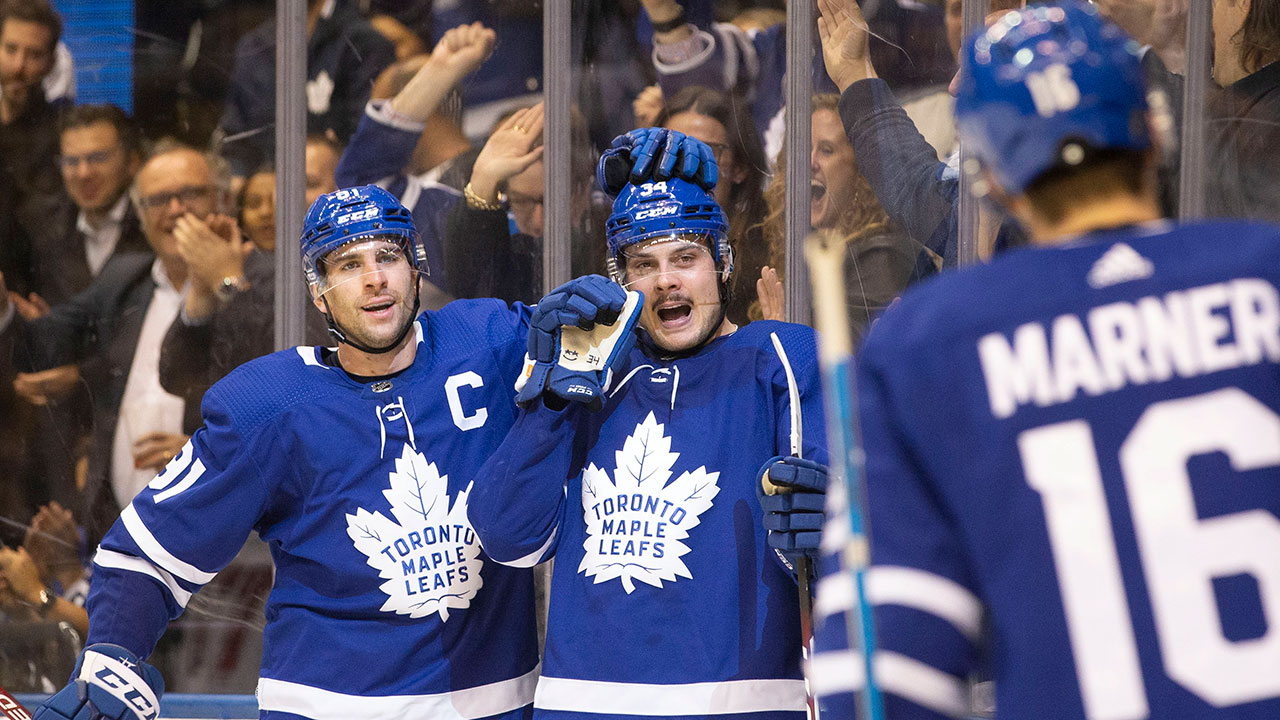 TORONTO – Auston Matthews will pack a deck of cards into his luggage as the Toronto Maple Leafs head into the bubble.

Yes, there are a few poker players on the roster, but Matthews operates a little flashier.

Bored one day, he did some research and started adding card tricks to his repertoire. Basic slight-of-hand stuff.

“He’s a pretty smart guy, so I wanted to see if he could figure it out,” Matthews says. “He just so happened to have a couple card tricks up his sleeve, too. We kind of exchanged card tricks, and here we are.”

Indeed. Here we are, in the thick of an accelerated training camp, and the players aren’t the only Leafs with a few surprises up their sleeve.

As the music pumped to signal the beginning of Sunday’s very game-like scrimmage, coach Sheldon Keefe’s all-in top line glided to centre ice for the opening draw: Matthews in the middle, flanked by John Tavares to his left and Mitch Marner to his right.

True, top-line wing Zach Hyman was unable to participate and should reclaim his spot in time for the real action, but Keefe’s formation of this high-powered trio wasn’t just for giggles.

If you’d like to call Tavares-Matthews-Marner the nuclear option, Keefe reminded Leafs Nation over the weekend whose thumb will press the red button.

“I suspect it’s something that I would want to go back to at different times,” Keefe says. “Here now, it’s a chance for us to get them some reps.”

In the two seasons since Tavares signed with the club, he’s skated alongside Matthews and Marner at even strength for a grand total of 74 minutes and 48 seconds. During those rare shifts together, the Eight Figures Club has combined for 69.4 per cent of the shot attempts and 72.1 per cent of the scoring chances, scoring 13 times (per NaturalStatTrick.com).

So tilted is the ice defending against this trio, it must feel like trying to play a pinball machine plugged into an ascending gondola.

“It’s an all-star game line. So it can’t be fun to play against, but it’s fun to get out there with them,” says Tyson Barrie, who had the privilege of starting the MMT line’s breakouts on the weekend. “You guys are seeing some creative plays.”

Tasked with solving No. 1 goalie Frederik Andersen and weaving through Toronto’s top four defencemen during Sunday’s bells-and-whistles scrimmage, Matthews scored twice and Marner once. The shifty winger also set up second-liner Ilya Mikheyev — reset camp’s Most Improved Player, easy — for one of his two snipes in a 5-0 laugher for Team Matthews.

“I mean, we can score,” Barrie smiles. “Those guys obviously got some good chemistry going right now, and we’re making Team Freddy pay for it. I liked our details today, too. There wasn’t a whole lot of turnovers in the neutral zone out of us and (we were) tracking back.”

And while the last man in Keefe’s shoes was often criticized for being too generous to the bottom six at crunch time, Keefe has made it clear that Toronto’s superstars will write their own fate. (Worth noting: Columbus coach John Tortorella announced Sunday that a quick, five-game series means he’ll be playing the snot out of his stars, too.)

The Leafs’ rookie coach has been trying all sorts of combinations since his November arrival.

Safe in the knowledge that Matthews and William Nylander can click and Tavares-Marner is akin to Kindling-Flame, Keefe gave Tavares-Nylander and Matthews-Marner healthy runs over the winter and enjoyed the results.

Now with Mikheyev not just enhancing but starring on every line he’s been thrown on in camp, and an engaged Nylander reminding that he’s comfortable playing centre in a pinch, Keefe’s best two units offer a field day of flexibility.

When the play-in series starts, don’t be shocked to see double-shifting, mid-period curveballs, or the super line of Tavares-Matthews-Marner thrown over the boards when the Leafs get desperate for a goal or Keefe senses the need to pounce following a killed penalty or heading into a TV timeout.

“I expect it to move around a fair bit, but we like the fact that, really, within that top-six forward group we’ve got lots of combinations that can work,” Keefe says.

The architecture of this roster depends on it.

Captain Tavares — general manager Kyle Dubas’s first core signing — was brought to town to give the Leafs’ a one-two engine up the middle, like the twin pistons that have fired Pittsburgh to three championships in this era.

Tavares — hampered with an oblique injury and a broken finger — wasn’t as consistent as he’d like this season and not as dominant as his first season in Toronto. And Matthews arrived at camp two weeks behind the pack’s conditioning, due to the forced isolation inherent with a positive Coronavirus test.

When Game 1 versus the Blue Jackets rolls around in two weeks, the Leafs’ elite forwards should be shot out of a cannon.

Matthews says he’s feeling better with each passing day, that the on-ice magic is coming back as he weaves through traffic and rediscovers his timing. This, Keefe notes, is with Matthews “holding back on some of his biggest weapons with his shot,” for fear of injuring a teammate.

“The way that he controls a puck, the head and the hands are the great equalizer,” says Barrie, moments after seeing his pal bat one midair past Andersen. “He certainly has those going.”

Doubtlessly benefitting from the prolonged rest, Marner and Tavares aren’t shabby either. Jason Spezza, the Leafs’ resident student of the game, named those two first when asked whom has caught his eye at camp.

“We’ve played together sporadically throughout the season on the power play, so obviously they’re two special players and fun guys to play with,” Matthews says. “We were starting to hem the [Andersen] team in their end a little bit and got rolling around, so I think those are always positive signs.

“We’re trying some new stuff out.”

LordOfDailytimes
Previous ArticleMaple Leafs Notebook: One week into camp, Toronto is ‘full speed ahead’
Next Article From Cloud Face Masks To Gender-Fluid Clothing, Phlemuns Is Breaking The Fashion Mold