HomeSport
By LordOfDailytimes on December 25, 2021 Sport 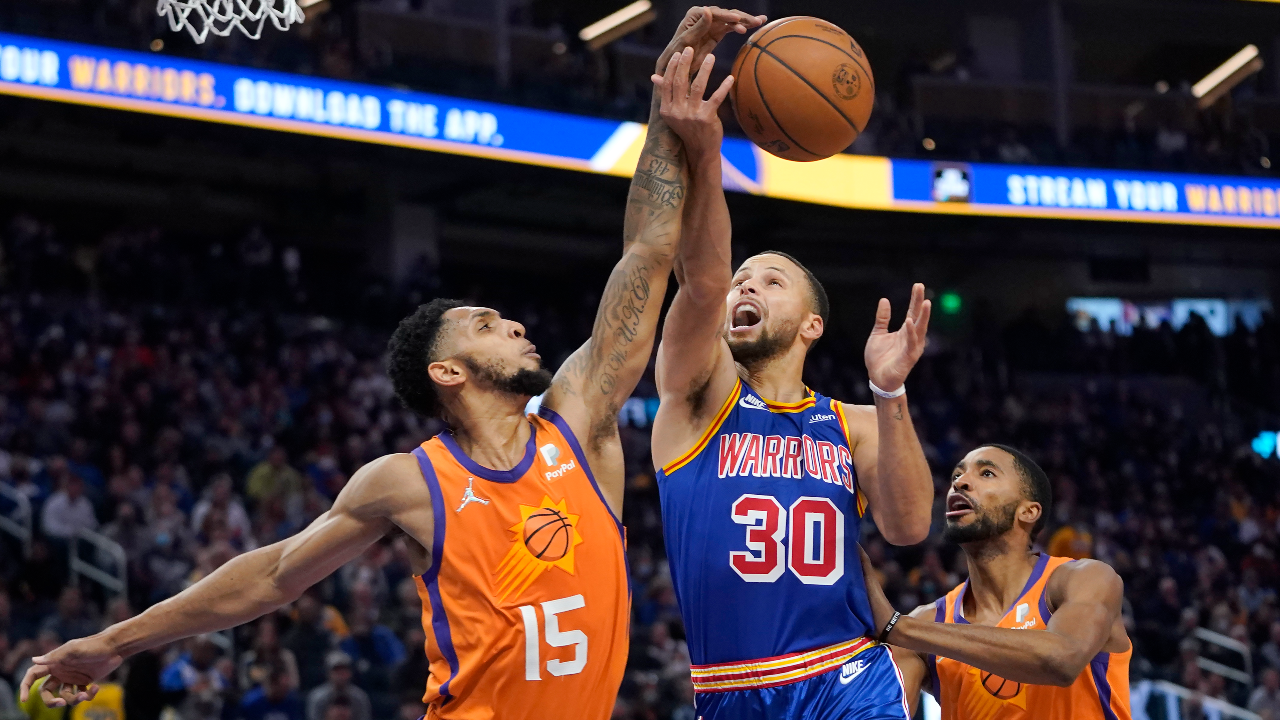 Hopefully, you will be able to celebrate with your loved ones, even in these trying times as the shadow of Omicron looms over seemingly every aspect of life.

The NBA will be doing its best to make the most of its signature Christmas five-game showcase, despite the COVID crisis that has the potential to sideline stars Giannis Antetokounmpo, Luka Doncic, Kevin Durant and Trae Young, who are all slated to play but, as is the case these days, could be forced into health and safety protocols.

So, like many things during these COVID times, NBA Christmas is still happening, but it just might not be quite as brilliant and fun as we probably would’ve liked.

Here’s a primer on all five Christmas Day games:

Kicking off the Christmas Day slate, we have the Hawks visiting Madison Square Garden to take on the Knicks.

Normally, this would’ve been a banger of a first present to open, as Hawks star guard Young’s villain status at the Garden established during last season’s post-season had just about everyone circling this game on their calendar.

Young has a knack for rising to the occasion in hostile environments on the national stage, and outside of the playoffs, a Christmas game in New York against the Knicks doesn’t get much bigger.

Unfortunately, Young entered health and safety protocols on Sunday, meaning he likely won’t be cleared in time for the game, so the biggest storyline has likely been thrown out of the window.

With that said, Canadian national team star R.J. Barrett was recently cleared from health and safety protocols, so he’s likely to play Saturday, and there’s a chance the Mississauga native could go off for a big game in a big spotlight as he’s done in the past in college and with the national team.

Antetokounmpo, the biggest star of this game, is out of health and safety protocols and ESPN’s Adrian Wojnarowki reported Saturday that there is optimism he’ll play. But this matchup has enough talent and stakes on the line in the Eastern Conference standings that it can be checked out without too much worry.

The Celtics should have their star duo of Jayson Tatum and Jaylen Brown available, while the Bucks figure to have Khris Middleton and Jrue Holiday.

These are four all-star-calibre players who, at the very least, should make their teams competitive and make for a good game overall.

If you tune in for only one game on Christmas (even just briefly), this is the one to do it.

It’s a showdown between the NBA’s two best teams, with both nearly at full strength.

The Suns will essentially have their full complement with Devin Booker, Chris Paul, Deandre Ayton and Mikal Bridges leading the way. The Warriors will be a little more shorthanded as Andrew Wiggins is in health and safety protocols and Klay Thompson likely returning to action in the new year. But with Draymond Green and early MVP frontrunner, and new three-point king Stephen Curry available, anything is possible for the Dubs.

Simply put, if this is anything less than 48 minutes-plus of incredible basketball, then Christmas might as well be cancelled.

All things considered with the status of this game, it could be worse.

The Nets have what feels like 100 guys in health and safety protocols, including Durant, the NBA’s current scoring leader.

Fortunately, though, James Harden was cleared from protocols and should be available to play, setting up a potentially fun Christmas duel with LeBron James, who is dealing with an ankle problem, but we’re optimistic he’ll be good to go.

A Lakers star we know won’t play, though, is Anthony Davis, who suffered a sprained MCL in his left knee and likely won’t be back in the lineup until late January.

And, hey, even if James can’t go, there’s still some fun to be had between Harden and his former Oklahoma City Thunder teammate Russell Westbrook.

The final Christmas Day game, unfortunately, might also be the worst of the day.

The Jazz are among the best teams in the league and don’t have any key players in health and safety protocols. But the Mavericks are another story altogether, with Doncic, Tim Hardaway Jr. and Trey Burke, among others, all expected to miss Saturday’s game while in health and safety protocols, to say nothing of the questionable status of Kristaps Porzingis as he deals with a nagging toe injury.

Even if Porzingis plays, though, quite frankly the Mavericks simply aren’t talented enough without Doncic and the likes to compete with a Jazz squad that’s poised to make a run for the top of the Western Conference standings again.