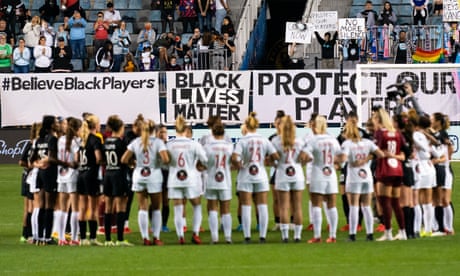 Amanda Vandervort, president of a professional second division, sets out her vision at a difficult time for the sport

The appointment of the hugely experienced Amanda Vandervort as the first president of the new fully professional women’s second division in the US, the USL Super League, has been in the pipeline for a while, as have plans for the league, which launches in 2023, but the timing of the announcement of Vandervort’s position matters.

Over the past fortnight the top-flight National Women’s Soccer League has been rocked by allegations of sexual coercion and abuse against Paul Riley while he was manager of North Carolina Courage, which he denies. This follows other high-profile alleged breaches of the NWSL’s anti-harassment policies, and news of the development of a league which plans to double the number of professional teams in the US is a welcome sign that the women’s game continues to go from strength to strength.