HomeSport
By LordOfDailytimes on June 11, 2021 Sport 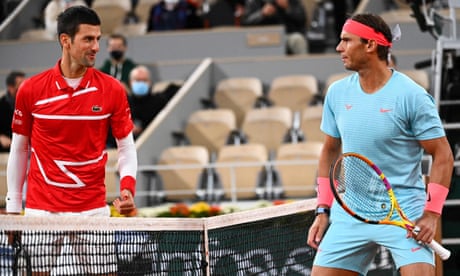 And so here we are – the inevitable final, except it’s the semi-final. The five-setter in the other semi-final means we’re starting a tad later that expected – bad news for Novak and Rafa if they wanted to tuck into a spot of Turkey v Italy in the Euros, but there you go.

Novak leads this pair’s head-to-head meetings but only just – 29-28. It’s a different story on clay though, where Rafa, as you may expect holds a 19-7 advantage.

By the Numbers: @RafaelNadal vs. @DjokerNole