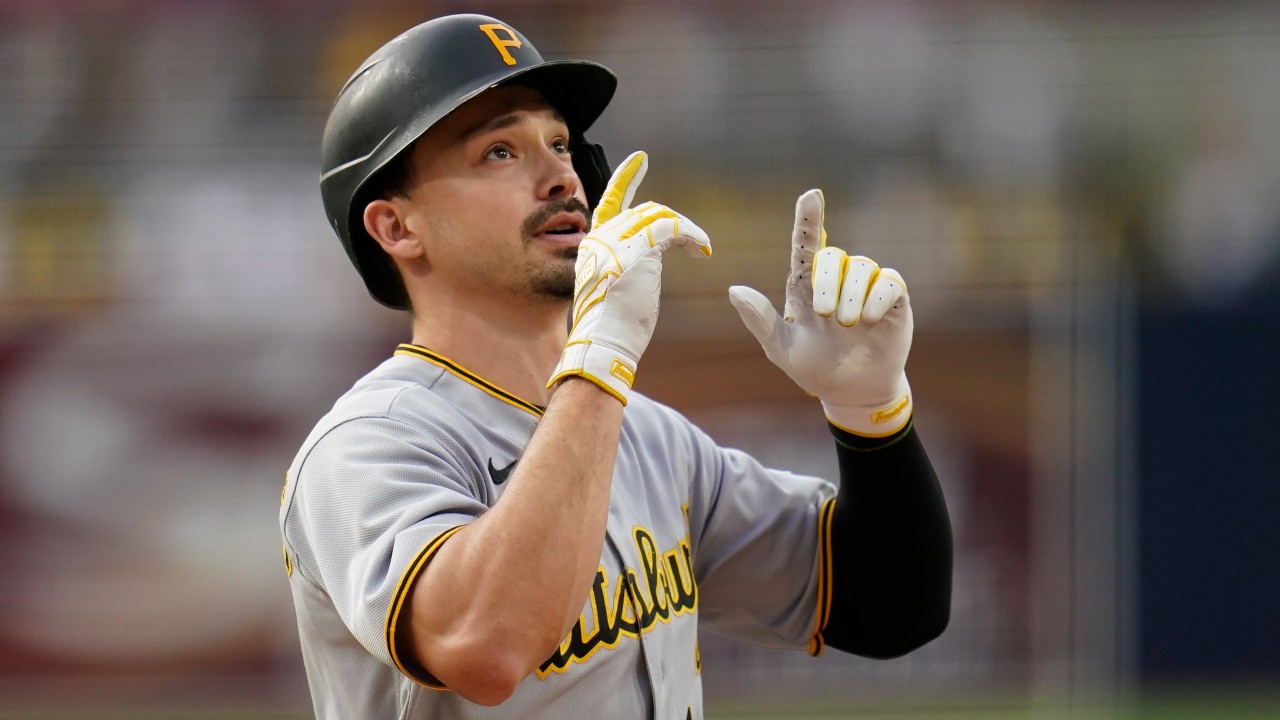 When the Toronto Blue Jays traded Teoscar Hernández to Seattle, it was a statement of intent about remaking an outfield that produced offensively but caused fit issues for the rest of the team.

The trio of Hernández, George Springer, and Lourdes Gurriel Jr. made up a solid outfield that most teams would be happy with. They were also exclusively right-handed hitters, didn’t produce strong defensive metrics, and forced Springer to set a career-high in centre-field innings in his age-32 season.

What the Blue Jays end up with in 2023 is no guarantee to be better, but by opening a spot the team has the opportunity to create a more effective defensive alignment, limit or eliminate Springer’s centre-field reps, and possibly create more left/right lineup balance.

One avenue for making that happen is free agency where the team has been linked to both players who will demand massive contracts like Brandon Nimmo and reclamation projects like Cody Bellinger. The trade market is also bursting with possibilities as established stars and up-and-comers both likely to be available.

Here are a few outfielders the Blue Jays could acquire via trade this offseason:

Why he could fit: Reynolds is quite simply the best centre fielder available on the trade market.

Over the past two seasons his fWAR (9.0) ranks 24th among all position players, sandwiched between Vladimir Guerrero Jr. and Bryce Harper.

He’s the type of player who rarely looks like a star, but there are so few holes in his game that he often performs like one. His power, patience, contact ability, speed, and throwing arm are all between average and elite.

Reynolds may never replicate his 6.1 fWAR 2021 season, but he projects as approximately a four-win player for the foreseeable future as he’s smack dab in the heart of his prime.


The Streaming Home of the Blue Jays. Stream the Jays all season long, plus marquee MLB matchups, the All-Star Game and Postseason.
CHOOSE PLAN

There are two significant questions with Reynolds. The first is his acquisition cost. FanGraphs rated him as the 34th on their trade value rankings last season, and three seasons of a player of his calibre won’t come cheap.

Another issue is his defence. Despite solid Sprint Speed and arm strength numbers Reynolds’ defensive metrics have been all over the place. In 2022 his OAA was in the 6th percentile, in 2021 it was 98th.

It’s easy to say the truth lies somewhere in between, but the metrics haven’t tended to like his work in centre. His career DRS there is -16 is 2514 innings, while his UZR stands at -3.5.

The overall package is impressive even if you are pessimistic about the 27-year-old’s defence, but he probably isn’t the player to transform Toronto’s outfield defence into a top unit for years to come.

Why he could fit: Happ has been linked to the Blue Jays multiple times over the past few years with good reason. He wields a reliable bat, he plays around the outfield and the Chicago Cubs competitive window seems to have passed them by.

Of all the options on this list, Happ has the highest salary and least team control, depressing his trade value into somewhat reasonable territory. That said, he’s coming off a career-best season by fWAR, so he can’t be had for peanuts.

The biggest concern with Happ as a possible Blue Jays target is that he’s clearly better in left than centre, which means that he’d be more likely to share centre with Springer than take the position outright.

Trading for Happ would be a move to punt Toronto’s defensive questions down the road another year while ensuring the team’s lineup remains elite.

While there’s nothing wrong with that plan in theory, part of the logic in moving on from Hernández seemed to be creating an outfield that fit together more neatly than recent iterations — at least defensively.

Bringing in Happ would create yet another unbalanced outfield unit that maximizes offence at the cost of run prevention.

The Teoscar Hernández in 2017 type

Why he could fit: Although prioritizing tools over track record has led the Blue Jays to acquiring outfielders like Derek Fisher and Socrates Brito in recent years, it’s also what landed them Hernández in the first place.

Over the last two seasons Sánchez hasn’t established himself as an everyday player with Miami, but his talents are undoubtedly compelling. The Dominican outfielder has huge raw power as his 96th percentile max exit velocity attests, and a big arm headlines his defensive tools.

There’s also evidence to suggest that the ban on the shift could help him flourish, as overloaded defences hampered his effectiveness last season and he was shifted nearly 50 percent of the time.

Betting on Sánchez would carry risk, but his cost wouldn’t be outrageous and choosing him would allow the team to allocate more resources to other parts of the roster.

Why he could fit: In most circumstances Frelick isn’t the type of player who’s available on the trade market. Regardless of which prospect list you look at, he’s a top-four prospect for the Milwaukee Brewers and he tends to come in behind just Jackson Chourio.

Even so, there might be an opportunity for a move here considering the Brewers’ top five prospects according to MLB Pipeline all play the outfield and the team promoted Garrett Mitchell and gave him the starting centre field job at the end of 2022 with excellent results.

Trades for Brett Lawrie and Devon Travis are two examples of the Blue Jays acquiring prospects with an eye on making them immediate starters, and that blueprint could work with Frelich.

The 22-year-old has outstanding contact ability and a great sense of the strike zone. He struck out just 16 times in 217 Triple-A plate appearances last year, and Steamer projects him for a 111 wRC+ in the majors next season.

Frelich would require a significant return considering his potential to be a long-term solution at a premium position, but the Brewers don’t have a catching prospect of note in the high minors — and Victor Caratini is a below-average veteran starter.