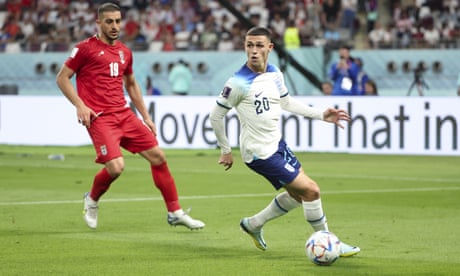 In the 71st minute of England’s victory over Iran, Gareth Southgate brought on Phil Foden, Marcus Rashford and Jack Grealish. They are not traditional substitutes, they are the manager’s finishers – the players brought on to lift the tempo and see the match out. They made a difference and could do once more against USA on Friday.

Gregg Berhalter’s side struggled to hold Wales in the second half because their stamina levels were depleted and a tired challenge from Walker Zimmerman on Gareth Bale resulted in a late penalty. If USA run out of steam in the same manner, they could face an even tougher final quarter against the freshness of England’s bench.

LordOfDailytimes
Previous ArticleWhat does the EU Parliament’s designation of Russia as a ‘state sponsor of terrorism’ mean?
Next Article Sienna Miller Just Wore the Most London Party Dress-and-Shoe Combination