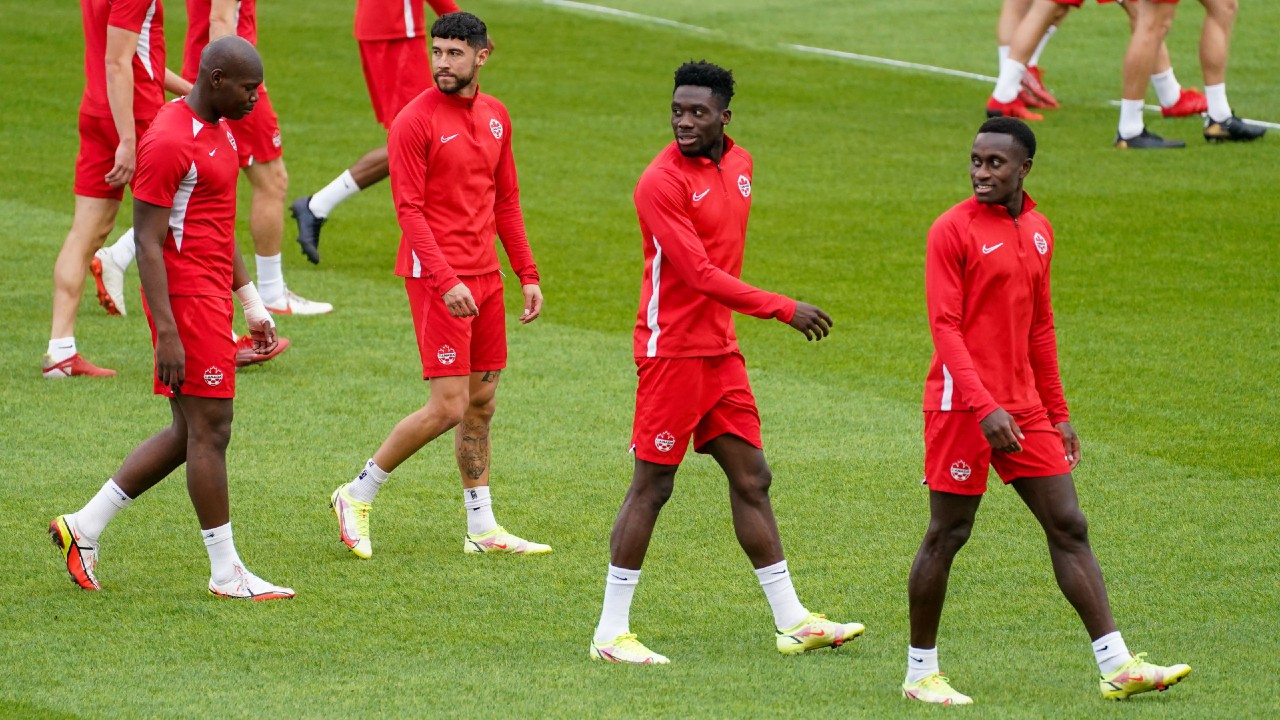 The Canadian men’s team finds itself in a “glass half full vs. glass half empty” position heading into Wednesday’s Concacaf World Cup qualifying match against Panama at Toronto’s BMO Field.

On the one hand, Canada is undefeated through its first five games of the qualifiers, which includes last week’s historic 1-1 draw away to Mexico at Estadio Azteca, a place where the Reds once suffered a humiliating 8-0 loss at the hands of El Tri and hadn’t previously scored since 1981. On the other hand, Canada has won just once thus far and couldn’t get the job done over the weekend in a 0-0 draw against lowly Jamaica, who are winless through five matches and sit at the bottom of the table.

Concacaf’s qualifying campaign is a treacherous marathon where only three teams from the eight-nation field automatically qualify for next year’s World Cup in Qatar. Any point earned on the road is pure gold, such is the gruelling and competitive nature within the region. Still, there is a sense that the Jamaica game was a major missed opportunity for Canada to pick up some valuable points against the last-place Reggae Boyz. Panama took full advantage, recording a 1-0 home win over the United States on the same day
to leapfrog the Canadians into third place.

As a result, the pressure has substantially increased on Canada going into this crucial contest with Panama (on Sportsnet ONE Wednesday at 7 p.m. ET) especially with home games against table-topping Mexico and the always-dangerous Costa Rica next on the calendar. A win against Panama would set Canada up quite nicely going into the November international window. A loss or draw would put even more pressure on the Reds ahead of two very difficult matches.

There’s little room for error on Wednesday, all of which is not lost on coach John Herdman, who calls this tilt vs. Panama “a six-point match.”

“We’re undefeated and we’ll take pride in that mantle. But at the end of the day we need points on the board. This is a group that wants to win. We want to win football games. We don’t want to be known for having a good performance, we want to be seen as winners with that winning mentality, winning behaviours,” Herdman told reporters on Tuesday.

“If there’s any game that we’ve got to win to really set the tone, it’s this one. I feel like this is a six-point match for Canada given where the standings are, but more importantly where I think Panama are going to be at the end of (the World Cup qualifiers). They are one of the genuine threats for a top-three place.”

Historically, Canada has enjoyed moderate success against Panama. The Reds lead the all-time series dating back to 1996 with three wins and six draws in 10 meetings. The Canadians’ only loss came in 2012 on the road in a World Cup qualifier. Days earlier, they earned a 1-0 decision over Panama at BMO Field, which was its last win against the Central Americans. These two nations last faced each other in an international friendly on Nov. 18, 2014, when they played to a 0-0 draw at the Estadio Rommel Fernández in Panama City.

But a lot has changed since then for Panamanians. Like their Canadian counterparts, Panama has steadily risen up the ranks of international soccer over the last several years, firmly establishing itself as a legitimate force to be reckoned with in Concacaf. It followed up an impressive third-place showing at the 2015 Gold Cup by qualifying for its first ever World Cup in 2018 in Russia.

What’s more, Los Canaleros have lost just once in their last 13 matches in the final round of the Concacaf qualifiers going back to the 2018 World Cup qualifying cycle. Aside from beating the U.S. they also rather impressively took a point off of Mexico in a 1-1 draw during the current campaign, further underscoring their well-earned reputation as one of Concacaf’s emerging powers.

Panama is also a hard-nosed side that can rough teams up with their physical style of play, and frustrate opponents with the type of chicanery and unsavoury tactics we’ve come to expect from some nations in Concacaf. Amongst its more experienced players is midfielder Aníbal Godoy, who plays in MLS with Nashville SC and is a teammate of Canadian defender Alistair Johnston.

“He’s got the nickname ‘El Samurai,’ and it’s for a reason. He’s strong into the challenge, super competitive (and) one of those guys who is just a winner and a leader all around,” Johnston said. “He’s very good at the ‘Concacaf thing.’ He’s qualified for a World Cup with this team, he’s great at being able to draw fouls and dominating midfield. He knows how to win games in Concacaf.”

What Canada does have going for itself against Panama is the home-field advantage. After two daunting road games, the Reds will close out October’s international window before the hometown fans. Canada has taken four out of a possible six points on home soil thus far in the qualifiers, and BMO Field is expected to be at full capacity after local authorities eased pandemic-related restrictions.

Canada has struggled to turn draws into wins thus far in the qualifiers. Playing before a raucous home crowd could help them get over that hump.

“This could be a really good night for us,” Herdman stated. “I think the fans will tip us over the edge.”

John Molinaro is one of the leading soccer journalists in Canada, having covered the game for over 20 years for a number of media outlets, including Sportsnet, CBC Sports and Sun Media. He is currently the editor-in-chief of TFC Republic, a website dedicated to in-depth coverage of Toronto FC and Canadian soccer. To check out TFC
Republic, CLICK HERE.