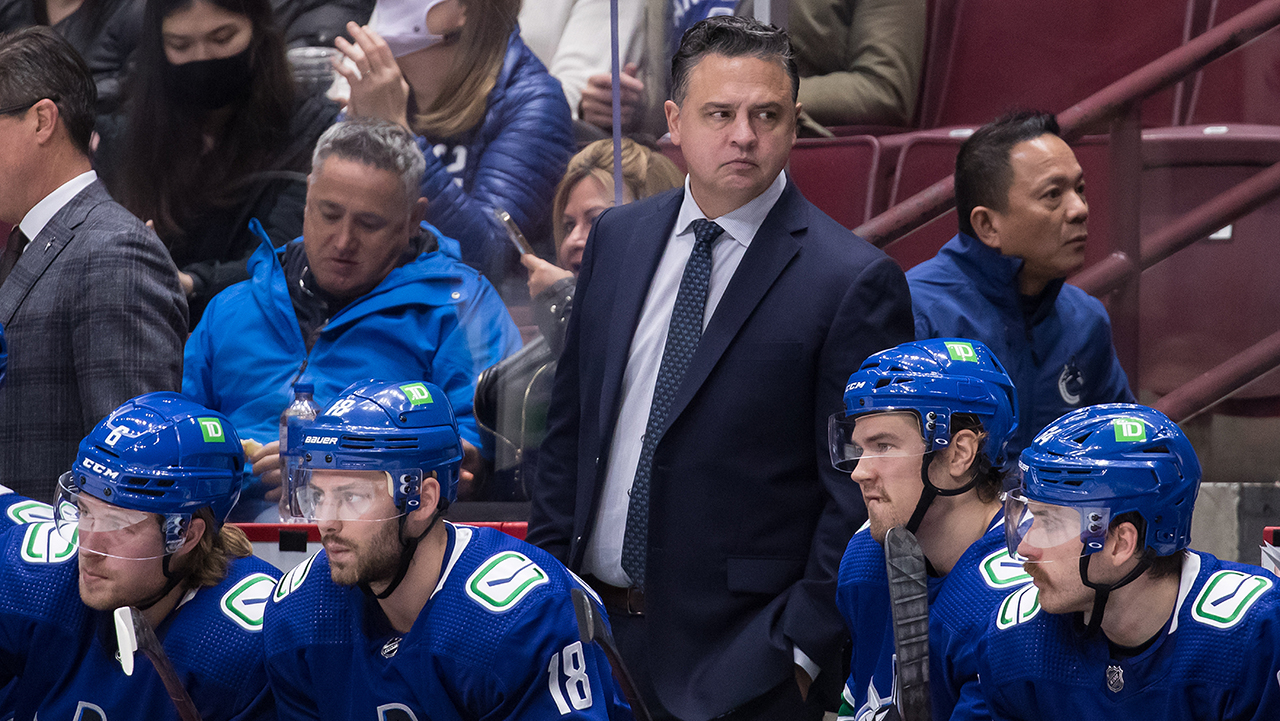 VANCOUVER — Fifty-one years into their fruitless chase of a Stanley Cup, the Vancouver Canucks have displayed one capacity greater than all others: their ability to disappoint.

As they tried not to impale themselves on the National Hockey League’s quarter-pole, the Canucks were incredibly, inconceivably, three points behind last season’s dismal pace.

They are proving again that things can always get worse.

But even by Vancouver standards, the first-quarter underachievement is shocking because it follows what was thought to be a perfect storm of circumstances aligned against the Canucks last winter, when they finished last in the pandemic season’s Canadian division.

They had no pre-season to prepare, no time to assimilate new players after the free-agent upheaval that followed their bubble breakthrough in Edmonton in the summer of 2020. There was a ridiculous first-month schedule that was road heavy, packed with back-to-backs, and allowed virtually no time to rest or practice. They suffered immediate injuries, a wave that eventually ended star forward Elias Pettersson’s season after just 26 games. And then the entire team got COVID, and not the early version but the first pre-vaccination wave of the P.2 variant.

By the time the exhausted Canucks collapsed at the regular-season finish line last May, 24th among 31 teams, it all kind of figured.

The Canucks haven’t faced any of last season’s obstacles but, at 6-12-2 through 20 games, were actually three points behind their 8-11-1 pandemic season pace.

Three questions for the second quarter.

Could whoever is holding Elias Pettersson hostage please accept the ransom and return him unharmed? (Because the guy currently wearing No. 40 is clearly an imposter).

Most analytics models trashed the Canucks’ chances before the season started, but did anyone actually project that Pettersson, their best forward and one of the NHL’s most dynamic drivers of offence, would head to Game 20 looking for his first even-strength goal of the season? And that the centre who won the Calder Trophy just two-and-a-half years ago would be on pace for 13 goals and 43 points?

Pettersson insists his injured wrist is fully healed and not a factor. But there must be other factors because his early struggles are astonishing, even allowing for the Swede’s return from a serious injury, his lack of pre-season preparation due to contract negotiations and the pressure for a just-turned-23-year-old to live up to a paycheque that makes him Vancouver’s highest-paid forward at $7.35-million per season.

The centre’s shooting percentage of 5.6 per cent is more than 10 points below his career average, so there must be a market correction coming. But beyond Pettersson’s inability to score – he has three goals, only one of which was from the laser shot we’ve come to expect from him – the centre just hasn’t looked right, bobbling pucks, passing up shots, even labouring at times on his skates. At five-on-five, the Canucks have been outscored 10-6 with Pettersson on the ice.

“I take big responsibility,” Pettersson said last week. “I know I have a lot better in me. I don’t think I’ve played my best hockey — not close to it yet so far this season. I don’t know why, otherwise I would have figured it out. “I wouldn’t say this is new. Without struggle, I wouldn’t be here where I am today. There’s many times in my short career that I’ve played bad and not had the production I wanted in multiple games.

“I always put pressure on me because I take pride in playing my best hockey and helping this team win. Maybe I put too much pressure on me, but that’s who I am. That’s the way I compete, that’s how I live as hockey player. I want to be the best player I can be every game.”

Until Pettersson and other struggling stars like Brock Boeser (four goals, four assists, eight points) and Bo Horvat (five goals, five assists, 10 points) get going, the Canucks will continue to have a very low ceiling.

Can the special teams really be this bad?

Knowing that key penalty-killer Tyler Motte would probably miss the start of the season due to spinal surgery in June, then learning in August that Motte’s PK1 partner, Brandon Sutter, was falling down the dark well of long-haul COVID symptoms, the Canucks were always going to face a personnel issue shorthanded. Penalty-killers Jay Beagle, Antoine Roussel and Loui Eriksson were bundled with their bad contracts and traded to Arizona as the Canucks did a summer cleaning of their salary cap. Defenceman Alex Edler left as a free agent.

But none of that explains a penalty kill that is epically bad, historically bad, ranked last in the NHL with a success rate of just 62.3 per cent. Through 20 games last season, Canuck penalty killing was 11th at 82.3 per cent. Vancouver has surrendered two or more power-play goals in a game eight times, and their 23 goals against while shorthanded are already more than the Vegas Golden Knights allowed all of last season.

The Canucks’ pre-season hope was that the projectible downgrade in penalty killing would be offset by an improvement in the power play, which never lacked for talent and this fall was bolstered by newcomers like Conor Garland, Oliver Ekman-Larsson and bazooka-shooting rookie Vasily Podkolzin. But like the team, the power play is somehow worse. It headed to Pittsburgh 23rd in the NHL with a success rate of 16.2 per cent. With all their offensive talent, which was supposed to be the Canucks’ strength, Vancouver should have a top-10 power play.

Combine the (especially bad) special teams, and the Canucks were running a goals deficit of 24-12 through 19 games. As with the disappearance of top forwards not named J.T. Miller, this condition is not survivable for the Canucks.

Will Jim Benning still be the GM by the Olympic Break?

Actually, it’s hard to say if Benning will still be general manager next week. But he survived the crisis created earlier this month by an 0-3 road trip in which the Canucks were outscored 19-6 and some fans at Rogers Arena welcomed the team home with chants of “Fire Benning!” If owner Francesco Aquilini had a succession plan, we’d probably have seen it by now and it appears the Aquilini family may try to ride out another season and make a measured decision on their GM when it’s over.

Considering the roster upgrades from the summer, the start probably reflects worse on coach Travis Green than the GM. But Benning’s hands have been on the controls for eight years in Vancouver. And although he drafted a bunch of stars and rebuilt a team from the aging parts left him by former GM Mike Gillis, Benning has been unable to push the team forward from its bubble breakthrough.

Benning looked almost broken when he held a press conference at Rogers Arena last week, a couple of days after his summit meeting with Aquilini. We can understand why. Most of Benning’s off-season moves have paid off: Ekman-Larsson looks reborn and has become a top-tier defenceman again, and the cyclone Garland is behind only Miller in scoring and already a fan favourite. Goalie Thatcher Demko and defenceman Quinn Hughes are flourishing under big, new contracts, backup goalie Jaroslav Halak has been solid on the ice and as a salary-cap item, and rookie Vasily Podkolzin gets better by the week. And yet the Canucks are worse.

Turns out it wasn’t all the new players the Canucks needed to worry about, but the existing ones into whose young hands the team was placed.

LordOfDailytimes
Previous ArticleMaple Leafs’ offence erupts with goal-a-palooza for most decisive win of season
Next Article Why NHL standings at U.S. Thanksgiving have huge playoff implications