HomeSport
By LordOfDailytimes on December 7, 2020 Sport 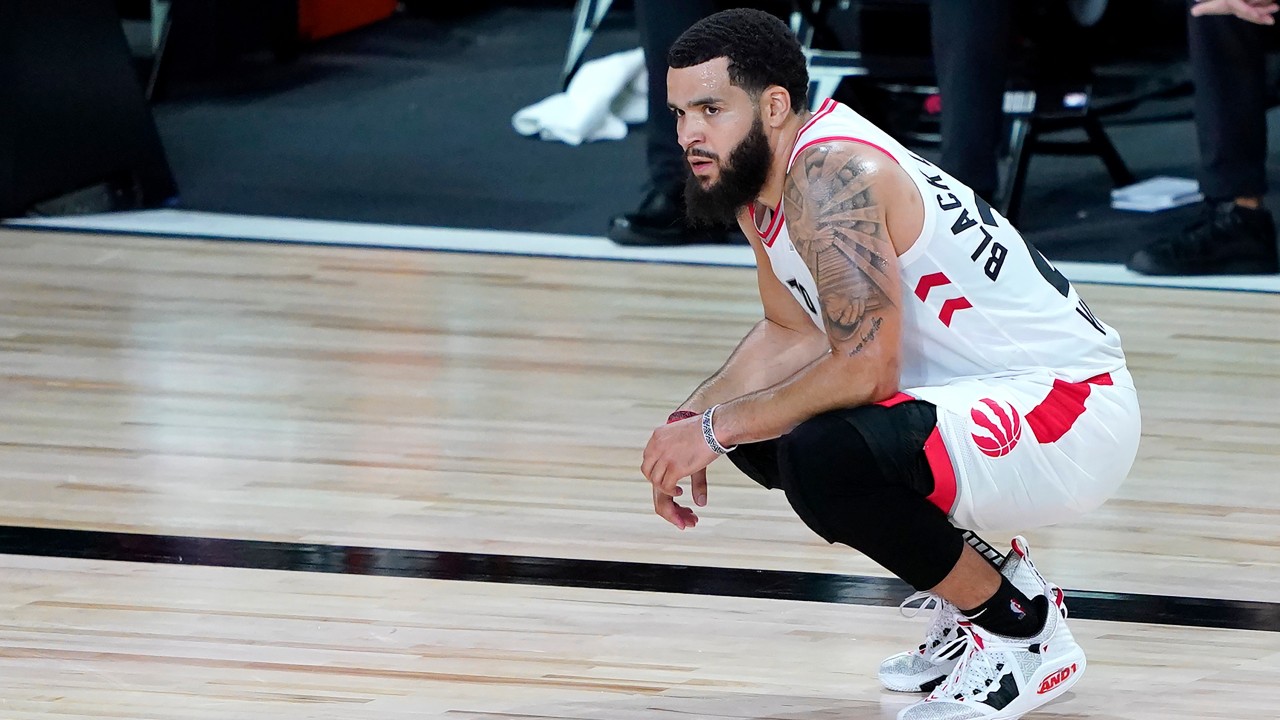 The best teams in any sport are the ones that police themselves, where each person holds the person next to them accountable for making the sacrifices required for the success of the whole.

Executives and coaches have a role to play too, but the teams that succeed in the long run are ones where the primary motivation is to not be the weak link, and you earn respect by doing your part.

In a typical NBA season, that means committing to doing to the less glamourous jobs on the floor — helping out on defence, running hard on the break even if the ball isn’t coming your way, accepting your role and staying ready even if the minutes aren’t coming as regularly as you might like, and hey, go out all you want, but make sure you’re ready to play when the ball goes up.

But since 2020-21 promises to be just as atypical as the season that just finished, the little things that add up to team success are significantly different.

As the Toronto Raptors wrapped up their first day of training camp at St. Leo University in Tampa, Fla., they were fully aware that what they do off the floor to keep COVID-19 at bay could be as big a differentiator for the success of their season as any charges drawn or extra skill work put in.

On Saturday, the NBA provided players and staff with a 158-page health and safety memo – the guidebook for how the league hopes to pull off a 72-game schedule with 30 teams jetting around to 30 markets even as COVID cases continue to climb across the United States.

The daily testing and the mask-wearing are just the start of it. Now players and staff will be expected to monitor and modify their off-court behaviour or risk significant penalties.

“This is the new normal for us,” said Raptors point guard Fred VanVleet. “[We] Just gotta roll with the punches, I’m not really a complainer and I try to keep a good perspective on things so for better or for worse I think I’m just going to roll with it and see how it goes.

“I think the NBA is definitely trying to cover all its bases and make sure it’s a safe environment for us. I don’t have great expectations about that, I think it’s going to be tough to do but this is what it is, and we’ve got to try to the best we can.”

Viewed through a pre-pandemic lens, some of requirements are borderline draconian, almost amusing and — and as VanVleet hinted — likely doomed to fail: On the road NBA players and anyone else the team’s travel party — which is hard-capped at 45 — can eat indoors only at an approved list of restaurants or in private rooms and are banned from attending night clubs, bars or lounges or participating in social gatherings of more than 15 people.

The league also reportedly has limited hotel room guests to a maximum of two with an expectation that the second guest be family or “long-time close personal friends” — however you choose to interpret that.

At home — or in the Raptors case, their temporary home in Tampa — similar rules are in place.

The penalties are significant, with violations resulting in warnings, fines, and suspensions for players, with teams facing the possibility of forfeited games or lost draft picks. To ensure compliance, the league will conduct unannounced spot checks on team facilities to make sure clubs are following protocol to the letter.

The stakes are high. On Sunday, the Portland Trail Blazers had to shut down their practice facility after there were three positive tests within their players, coaches or staff. In baseball and football, schedules have been altered, games delayed and even cancelled after team outbreaks. But where football has shown they can delay games several days if needed and still get them in and baseball had the ability to make up games with double-headers; basketball has limited leeway in their schedule to deal with team outbreaks that would cause games to be called off.

As well, players that do test positive for the virus are likely going to miss a minimum of two weeks of games, regardless of seriousness of the case. A team that has rotations constantly thrown out of sync due to outbreaks among their players or staff is likely going to be at a competitive disadvantage, to say nothing of the impact on individual and community health.

For Raptors head coach Nick Nurse, it’s an issue that he can’t stress enough. As important as his message on defensive responsibilities was the foundation for the team’s first practice, equally so was his emphasis on following the NBA’s COVID guidelines.

It will be hard to win otherwise.

“If we’re not following the protocols, and we get missing some players because of COVID … it directly affects what we’re trying to do here,” said Nurse. “So, my role is to, you know, just constantly be on them and be a reminder constantly of our actions and our behaviour and how impactful it is for not only themselves, their families, our team, the organization.

“There’s lots on the line … I’m in front of them a few times a day, and my job is to not only sprinkle in those reminders but make that part of what we’re doing. Even if the message is often, it still needs to be done often and loud and clear.”

But Nurse and his coaching staff can’t be everywhere. Some messages are better delivered on a peer-to-peer basis, even if that can be awkward.

“At the end of the day, this is becoming a polarizing topic, and people have their own beliefs and their own way of living,” said VanVleet, who was already a team leader before the four-year, $85-million contract cemented that status even more. “The thing that’s being pushed aside with all of this is other health factors and mental health.

“So obviously, COVID is a giant and is very dangerous, but it’s not stopping all the other problems of the world, and people are dealing with things in real time, and we’ve got to be understanding of that.

“Now, if you’re going to pool parties at night and nobody’s wearing masks, that’s one thing, but if you have to go to the grocery store, or you have family in town, and you get it, you get it. That’s just how it goes,” he said. “I don’t want to turn getting COVID or contracting it into an indictment on guys, but at the same time … everybody has to be responsible in their own right because the way it’s passed, and we’re together a lot of the time … I don’t want to take that home to my children and my family, or nothing like that.”

“[But] obviously if I see guys being reckless or careless, I’m gonna say something.”

The Raptors season could depend on it.