HomeFashion
By LordOfDailytimes on May 25, 2021 Fashion 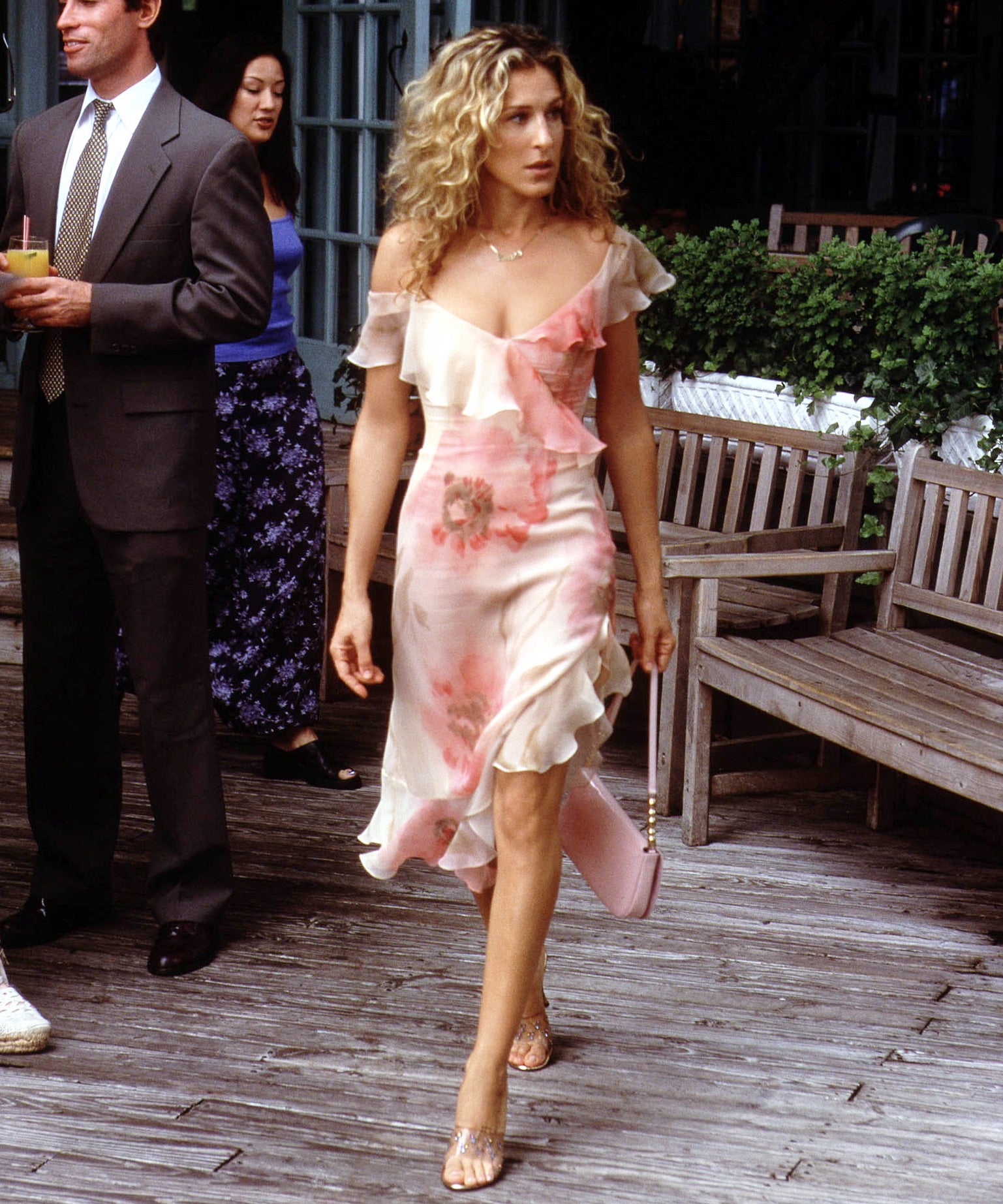 Despite the fact that her on-screen persona begged Aidan (John Corbett) to hide the damage his dog did to her beloved Manolo Blahnik shoes, Sex and the City‘s Sarah Jessica Parker (who played Carrie on the show) held onto the mangled sandals for a long time — 23 years to be exact. On Monday, Parker, who’s in the process of filming the show’s reboot for HBO Max, posted a photo of the sandals that were chewed to bits by Pete in Season 4 Episode 13, to her Instagram. “Unearthed,” she captioned the photo, tagging @justlikethatmax, the reboot’s Instagram page.

The turquoise sandals, which have a brown heel and straps and white buttons, got destroyed when Aidan’s Brittany spaniel dragged them into Carrie’s bathroom and began gnawing on them. “That dog owes me $380,” Carrie yelled after the heels were finally torn from the jaws of Pete. “You can’t buy [them], they’re circa 1996!” (That’s roughly $645 in 2021 money.)

“Donate them to the Smithsonian,” wrote @everyoutfitonsatc, a popular Instagram account dedicated to looks from the show, in response to SJP’s post. (The account went on to repost Parker’s photo, captioning it: “Now THIS is why you don’t get back together with Aidan!”) “Pete! circa! Rogaine! speedstick! CARRIE’S OUTFIT AND HAIR!!!!!! ICONIC,” commented New York Post deputy fashion editor Anahita Moussavian.

Parker joined in on the fun, adding comments of her own. “You guys are sooooooo good!” she wrote, followed by, “PS they have been in archive all these past years.” And: “I just cannot get over how much everyone knows and recalls… It astounds and touches me.”

Of course, how could we forget such an important scene? It was, after all, the beginning of the end of Carrie and Aidan, who called off their engagement just three episodes later. Let Aidan’s mistake be a lesson for all: Don’t mess with a girl’s shoes.

Relive the demise of her Manolos, below.

HBO Max May Be Rebooting SATC — Without Samantha

Emily In Paris Fashion Nods To Sex And The City

Is Emily In Paris The New Sex & The City?