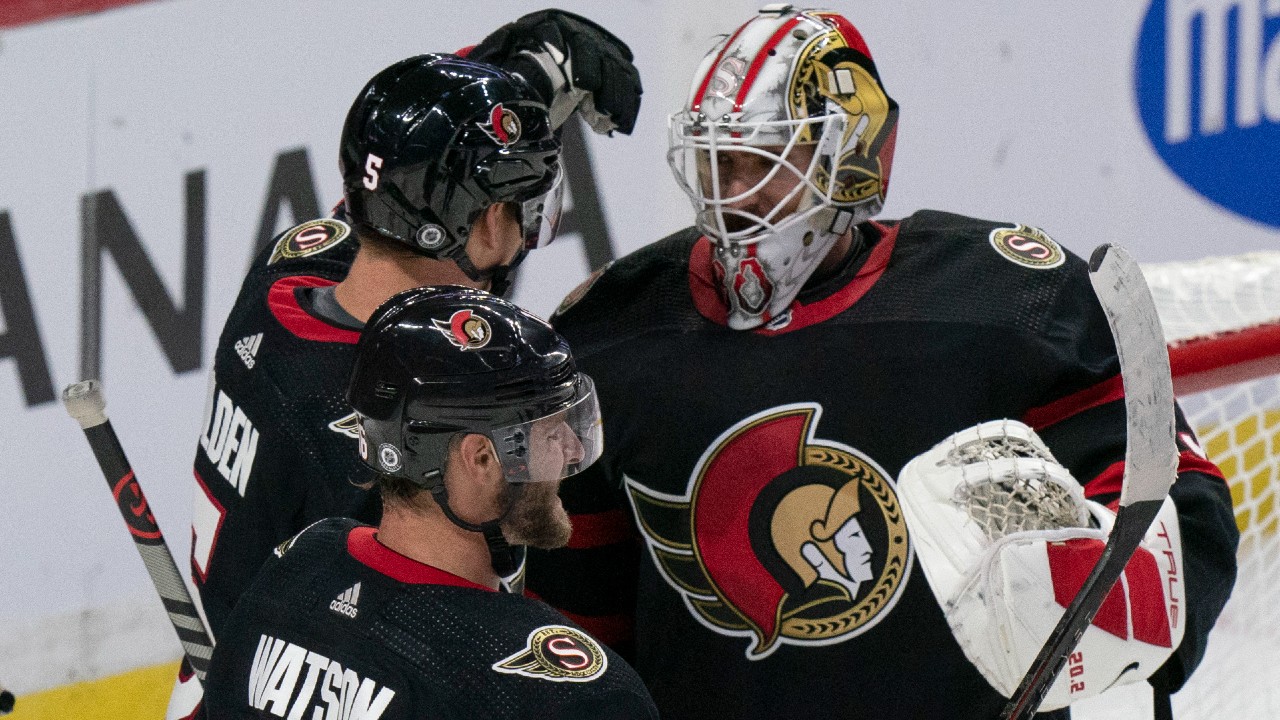 If the Ottawa Senators set out to fly under the radar in their return to the Atlantic Division, they have done a spectacular job of it.

Who could blame the bulk of the division for taking Ottawa lightly?

The Senators finished in the bottom ten of the NHL last season and either last or second last the three seasons prior to 2020-21. That might have been a recipe for dipping into the free agency pool over the summer, but instead the Senators decided to focus on their young talent, augmenting it with defencemen Michael Del Zotto and Nick Holden. Then, just before camp, they moved former first rounder Logan Brown to St. Louis for depth winger Zach Sanford.

How impactful have Del Zotto and Sanford been in the pre-season? Not very. Neither one looked to be in the starting lineup as Ottawa prepped for its home opener Thursday.

If none of this Cap Floor fodder sounds like a threat to the Tampa Bay Lightning or Toronto Maple Leafs, there have been further issues. Chiefly, franchise winger Brady Tkachuk remaining estranged from the team in a contract impasse. Add in a shoulder injury suffered requiring surgery to centre Colin White and an injury to tough-guy winger Austin Watson, and the Senators are thinner than thin.

Yes, the Senators have their Atlantic Division rivals right where they want them.

Sportsnet Fantasy Hockey Pool
Build your roster and compete for a share of $50,000 in cash prizes!
Sign Up For Free
| How To Play

Should the Leafs, Lightning, Bruins, Canadiens and Panthers take their eyes off the puck when they face Ottawa, the Senators might have the occasional ability to surprise their higher-ranked brethren in the Atlantic. This is especially true for the U.S.-based teams who haven’t seen the Senators for a couple of years. As for Buffalo and Detroit, the remaining two Atlantic teams, they have too many issues of their own to be taking anyone lightly.

The Senators have a lot to look forward to down the road when Jake Sanderson, Lassi Thomson and other prospects via the draft and trade are ready to join the team. This might be a scary group if Tkachuk sticks around and Tim Stützle, Drake Batherson, Shane Pinto and Josh Norris are here in their primes. But for now, the Sens get to play the role of outside threat with few expectations and little pressure to succeed immediately.

If everything goes right and this patchwork defence corps somehow comes together as a cohesive unit in front of a rebounding Matt Murray in goal; if Ottawa scores enough to compete and is actually in the running for a playoff spot at the trade deadline — consider it a bonus.

There is certainly no expectation for everything to fall into place. This feels like the season where we can see the Senators are playing with House money. By next season, expectations are going to ratchet up.

In 2021-22, if things play out somewhat like last season, with a shaky start and then a second half rally spurred by their young guns, with the addition by subtraction of flipping out one or two veterans at the deadline for picks or prospects, there is nothing wrong with that.

It’s not about this season for the Senators, beyond the longshot of a shocking development.

They may just happily soldier on in obscurity. Sens who? Ottawa is Canada’s capital city but as far as the broader NHL is concerned it may as well be a frontier outpost. With neither the glamour of the nouveau riche in Vegas or Seattle, or the cache of the Original Six (never mind that the Senators and Ottawa Silver Seven pre-date the so-called Original Six), the Senators are quite used to fighting for network or national attention.

Quietly, Ottawa became a difficult out in the temporary North Division last season, winning ten of its last 14 games while owning the season series against Montreal and Calgary. The Senators think they can build on that, even if general manager Pierre Dorion prefers not to publicly declare a goal of reaching the playoffs this season.

“Let’s build upon how we finished last year,” Dorion said, at the dawn of training camp. “I think that’s the step we have to take this year, that we don’t fear any team, we can go and play against any team. We can play their type of game, we can play our type of game and still come up with two points.”

If they do all that, does that not sound like a playoff team?

Realistically, true contention for the Senators is still a few years away, and that is if they can keep their group together.

Dorion raised a few eyebrows with his pre-camp line that “the rebuild is over.”

Is it? Should they miss the playoffs and be trading assets at the deadline, we might be calling that the dying embers of a rebuild. But let’s not quibble on semantics.

Chief scout Trent Mann had a great run selecting talent in the past few years and head coach D.J. Smith seems to have the ears of his players, coaching a low-payroll team into a group that is building a reputation for camaraderie and tenacity.

Let’s see how it all comes together this time around.

The Senators will have fans in the building for the first time since March of 2020. With a low season ticket base and a lingering concern for staying healthy as we emerge from the pandemic, it will be important that the Sens play an entertaining, competitive brand of hockey to keep the home fires burning at the Canadian Tire Centre.

LordOfDailytimes
Previous ArticleThis Cool Brand Has the Best Winter Capsule, From Chic Coats to Core Separates
Next Article China will oppose ANY ‘political manipulation’ in new WHO probe into origins of Covid-19 – Foreign Ministry