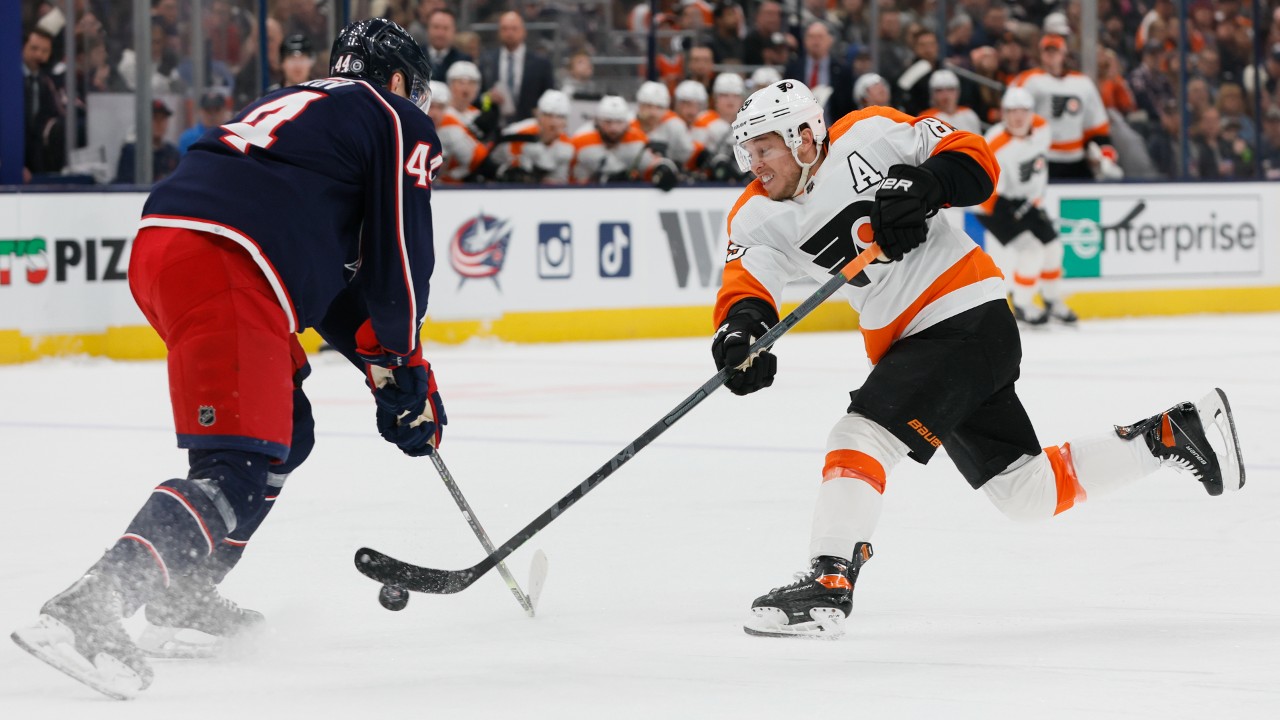 An element from the 2022 edition of the Toronto Maple Leafs’ top four has been stripped and not replaced — yet.

Rugged Ilya Lyubushkin walked away in free agency, and tough, savvy veteran Jake Muzzin has seen his career placed in jeopardy due to an early-season spine injury.

Mind you, to the blue line’s credit, those absences have been filled by committee. Emerging defenders Timothy Liljegren and Rasmus Sandin have expanded their minutes, matured in their roles, and risen to tougher competition.

As far as the regular season is concerned, Toronto’s defence has been just fine, thank you.

So, when Leaf Nation learns that GM Kyle Dubas has inquired on Columbus Blue Jackets defender Vladislav Gavrikov, as Elliotte Friedman and Jeff Marek reported Saturday, a segment of the fan base balks.

Do the Maple Leafs — ranked fifth leaguewide in goals against — even need another D-man?

If so, is Gavrikov worth the price, considering other contenders – Edmonton among them – are also interested in his services?

The 27-year-old Russian is an impending unrestricted free agent with a cap hit so manageable ($2.8 million) that, provided Muzzin remains on LTIR and Columbus retains some money, the Leafs may be able to acquire forward help as well.

(Dubas has struck multi-player deadline deals in the past, with Los Angeles and Seattle, so a combo pitch for, say, Gavrikov and winger Gustav Nyquist, for example, might make sense.)

For now, at least, Gavrikov will not come cheap to Toronto or Edmonton or wherever he lands.

Gavrikov isn’t going to intimidate as fiercely or hit as frequently as a Chiarot. He’s not quite as battle-hardened or experienced as Savard.

But what the left-shot, middle-pairing D-man will do is eat up a bunch of unglamorous minutes — penalty kill, D-zone draws, top-six shutdown assignments — stuff out cycles and box out in front of the net.

More importantly, Gavrikov would relieve some of the workload currently weighing on the oldest skater in the NHL, Mark Giordano, and allow coach Sheldon Keefe to pair Brodie with Rielly.

He’s a safe puck manager, which helps explain why, despite starting 70.4 per cent of his shifts in the D-zone, mostly against quality forwards, he’s only a minus-5 on a disastrous club with a minus-62 goal differential.

Dubas knows firsthand the impact Gavrikov’s meat-and-potatoes game can have on a series, as he was instrumental in frustrating Toronto’s forwards during the Leafs’ 2020 bubble series loss to Columbus.

Gavrikov’s agent, Dan Milstein, has the green light to talk extension with potential acquiring teams, and the player himself appears to have wrapped his head around a change of address.

It’s believed he’ll be asking for an AAV in the ballpark of $5 million on a long-term deal, and Kekalainen hasn’t been willing to go there just yet. Which is why a loyal, career-long Blue Jacket finds himself on the block.

“That’s part of the game, right?” Gavrikov told the Columbus Dispatch when asked about a possible midseason trade.

“It’s part of the business, so I’m ready for anything. You’ve got to stay a pro, right? And you’ve got to take what’s in front of you.

“I have to not think about it so much. I’m just focused on my game and the team, so that’s it. There’s nothing I can change right now.”

Gavrikov is a proven stay-at-home minute-muncher in a league hungry for more of his ilk. Coaches, teammates, and fans in Columbus all sing his praises.

Absolutely, we like the player’s fit in Toronto, where a deep run through Tampa and Boston will require depth.

That said, Edmonton may be more aggressive in the left-shot defender market.

And the last time Dubas traded a first-round pick to Columbus for a rental piece (Nick Foligno, 2021), the price rang too high in retrospect.

Our bet: Unless the asking price for Gavrikov dips, Dubas gets outbid here.