HomeSport
By LordOfDailytimes on May 27, 2021 Sport 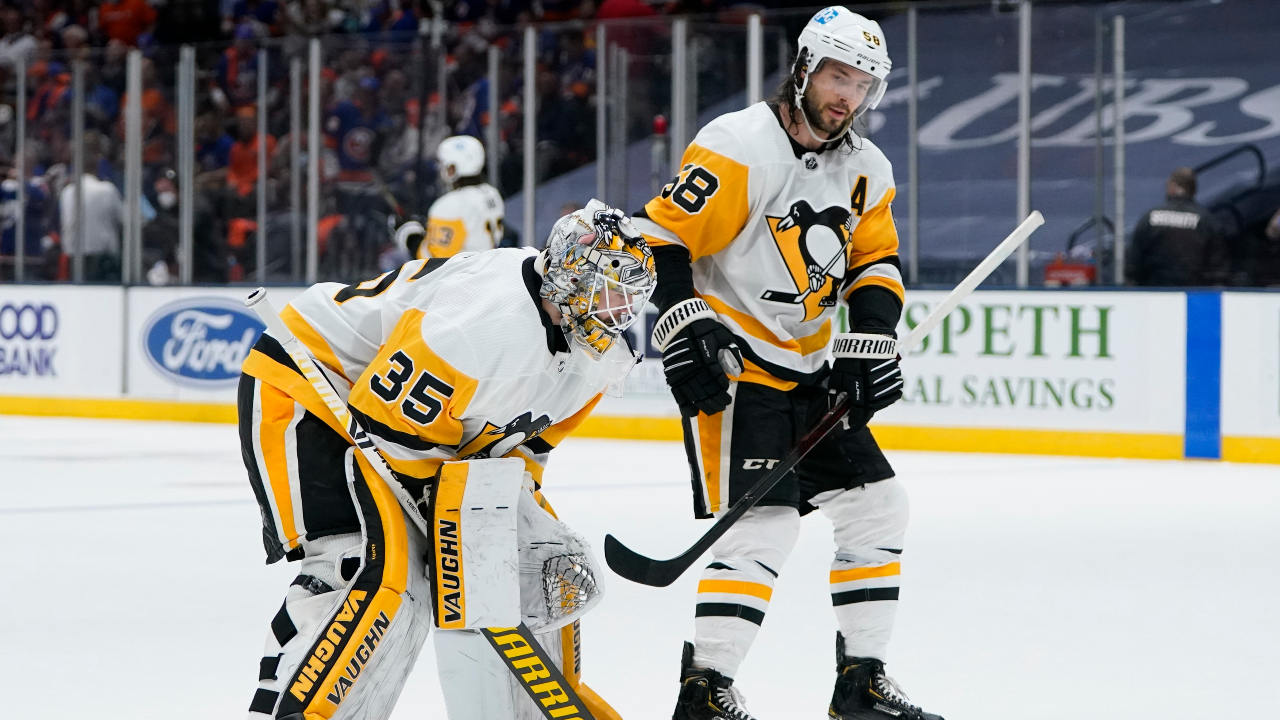 It’s the Stanley Cup Playoffs, the stakes are high, and the crowd loud. After a season of few fans being allowed to attend games, about 9,000 of them are now chanting your name from the stands. If you’re an NHLer, that’s the dream… right?

Not if you’re the goaltender of the visiting team, like Tristan Jarry was at Nassau Coliseum Wednesday night.

On the heels of what was a nightmarish finish for Jarry two nights ago, a double overtime giveaway that gift-wrapped the Islanders a 3-2 series lead, the biggest question for the Pittsburgh Penguins heading into Wednesday’s Game 6 was whether Jarry would be able to gather up the pieces of his shattered confidence and give the Penguins a performance worthy of a win.

Unfortunately for both player and team, it didn’t take long to learn the answer.

Jarry let in two goals on his first four shots, the first of which followed a pattern of Islanders goals as Anthony Beauvillier’s glove-side snipe exposed a weakness that’s been exploited by New York all series long.

The second solidified another familiar pattern that has emerged in Pittsburgh throughout the first round: the club’s inability to hold on to any lead for long. Game 6 was like a microcosm of how Round 1 went for the Penguins — a tale of leads lost, with Pittsburgh’s goaltending unable to match the strength of its skaters and New York’s never-say-die depth constantly ready to pounce on any misstep.

The lost leads will haunt the Penguins.

Islanders so resilient and so good, they move on

Period No. 2 saw New York grab hold of the game with three goals in a span of 2:59, including two just 13 seconds apart. The absence of backup Casey DeSmith due to injury left Pittsburgh in a tough spot, with Sullivan clearly not convinced that the inexperienced Maxime Lagace would bring any kind of relief. So, even when Pittsburgh head coach Mike Sullivan called a timeout in an attempt to cool things off, Jarry remained in the game. And through it all, the Long Island crowd showed no mercy for the netminder.

Now with the East Division’s No. 1 seed knocked out, Pittsburgh faces many more questions as it approaches yet another early off-season, its third straight year of failing to advance beyond the first (or qualifying) round, and second time in that span it’s fallen to the Islanders.

Coach Sullivan: “I believe in the core. This is the best core group of players that I’ve ever been around, bar none. They’re generational talents that can still compete at a very high level and they’ve shown it game in and game out.”

Questions will be asked about the core: can it stay together, sustainably, for another run? Since winning back-to-back Stanley Cups in 2016 and 2017, the club has won just a single playoff series.

But front of mind for many right now, in the wake of Wednesday’s disheartening loss, will be goaltending. Once boasting the kind of depth organizations dream of, the team chose Matt Murray over Marc-Andre Fleury with Vegas calling a few years ago, then went with Jarry over Murray last off-season. Jarry’s under contract for two more seasons at $3.5 million per; DeSmith, one more at $1.25 million.

While his regular season numbers weren’t as strong as last year’s, which ultimately won him the starting gig, Jarry put up respectable stats worthy of a No. 1 behind a strong offensive team through most of 2020-21. But he now finishes the post-season with a stat line that tells a drastically different story: 3.18 goals against average, .888 save percentage through six games in his first full playoff series against the Islanders, a team not exactly known for scoring.

With the core at the age and stage that it is, top-tier goaltending was the most obvious missing piece this spring. With new management at the helm, where does that factor in? Time for a young netminder to develop isn’t the kind of luxury this group has if they’re to turn around and make another run. How Pittsburgh tackles its crease will be the biggest key as we shift focus from looking back on this season that was to looking ahead to what the next could be.

Meanwhile, on Long Island… bring on the Bruins. And the Billy Joel.

Checking in on @NYIslanders fans after the series W… #ItsOn

Vasilevskiy steps up (as usual)

Florida’s first round was not without its own drama in the crease, with Chris Driedger, Sergei Bobrovsky, and Spencer Knight each getting two starts against Tampa Bay — the first time that’s ever happened in a single playoff series.

Tampa Bay, meanwhile, has had zero questions when it comes to who and how they play in net, and Andrei Vasilevskiy’s 29-save shutout Wednesday night to close out the series in six games had the reigning Cup champs looking ready to run it back.

In what has been a historically high-scoring series for Tampa Bay, the focus through much of this first round in the Sunshine State has been on the fast pace of the games, the physicality, and the dazzling offensive efforts by both sides. But Game 6 was all about Vasilevskiy, who’s got a knack for stepping up his already-strong game in the biggest moments. The last time he had a playoff shutout? That was Game 6 of the Stanley Cup Final against Dallas to claim the Cup.

Andrei Vasilevskiy talked about how much he learned from watching @Benbishop30 on ‘15 run with Game 7 shutouts. “I was like, ‘Wow,’ maybe one day I’ll be like him.” He looked like Bishop tonight in shutout. “Thanks Bishy,” he said.

As we bid farewell to what was the most entertaining series of 2021, it’s clear that the state of hockey in Florida is incredibly strong.

What a historic, hard-fought series.

Proud to showcase hockey in Florida with you, @flapanthers. pic.twitter.com/4lENXQkBdF

As for the actual state of hockey… Minnesota topped Vegas at home Wednesday night, with Cam Talbot earning a shutout of his own — his second shutout this series after blanking the Golden Knights in Game 1. We’ve now got our first Game 7 of the post-season to look forward to, coming up Friday night.

Between Talbot’s game-saving stops and the Golden Knights’ inability to bring the kind of fire on offence we saw from them in the regular season, we’re a game away from a pretty wild upset.

Death. Taxes. No one truly understanding what constitutes goaltender interference.

That’s been particularly true between Vegas and Minnesota. After a controversial (and ultimately, very confusing) call that discounted a Minnesota goal in Game 4, the tides turned two games later.

Midway through the third period of Wednesday’s Game 6 chess match between Vegas and Minnesota, Chandler Stephenson tied things up at 1-1 only to have it quickly ruled no-goal due to goalie interference. Replay showed Golden Knights forward Alex Tuch sandwiched between Wild defender Matt Dumba and goalie Cam Talbot — both in the way and unable to get out of it.

With the game on the line, Vegas had almost no choice but to challenge the call on the ice of goalie interference in an effort to make the goal count, but the challenge was unsuccessful and ultimately led to a Vegas loss. Minnesota then capitalized on the ensuing power play, later adding a third goal in the win to force Game 7.

Evason on goalie interference: “What comes around goes around. … You want consistency, and they gave it to us.”