HomeSport
By LordOfDailytimes on May 15, 2022 Sport 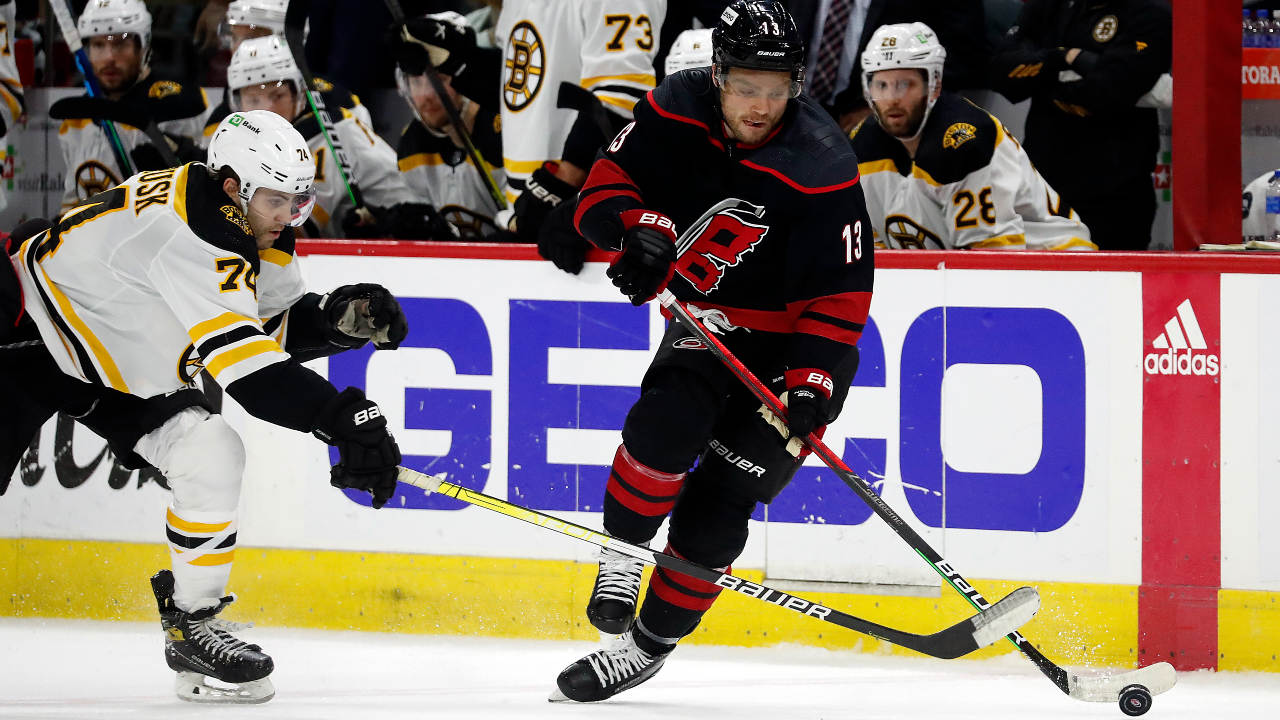 It took seven games, but we finally got a one-goal decision in the Carolina-Boston series and though it wasn’t like that for long, this Game 7 came right down to the final seconds, with a few last-ditch efforts from the Bruins to tie it up.

In the end, the home team won for the seventh time in this series, the Canes exorcized a playoff demon and eliminated the team they have something of a trolling relationship with, and one that eliminated Carolina from the playoffs in 2019 and 2020.

“This time it felt like it was our time,” Canes coach Rod Brind’Amour said.

With a 3-2 decision, the Carolina Hurricanes are on to the second round for the fourth year in a row, and they’ll meet the winner of Sunday’s Game 7 between the Rangers and Penguins.

Meantime, the Bruins are out in Round 1 for the first time since 2017 and enter the off-season with one huge question overhanging everything.

Here are our takeaways from an exciting series finish that set the table for two more later in the night, including a massive game from Max Domi, and a possible sending off of one of the best players of the generation.

Game 7s can be funny. Heroes can come from unlikely places in the lineup.

At the March trade deadline, there was a ton of activity in the Eastern Conference, where the top eight playoff seeds had been set for a few months. Most of the bigger moves were made by the Atlantic Division teams, but even in the Metro, Pittsburgh got Rickard Rakell, and the Rangers got a little more well-rounded and deep with Andrew Copp, Frank Vatrano and Tyler Motte.

Carolina took a different approach and was relatively quiet. The Hurricanes’ one and only addition was getting Max Domi from Columbus, a mixed bag of a player who had nine goals and 32 points in 53 games with the Blue Jackets. He wasn’t a big addition by any measure, scoring two goals in 19 regular season games in Carolina and averaging just under 12 minutes a game. Heck, the Florida Panthers had to be worked into the trade as the third team retaining $1.325 million of Domi’s cap hit for the remainder of this season to make it work.

Had they known the impact he would have on their Game 7, perhaps the Panthers wouldn’t have gotten involved.

Domi played 12:55 in Game 7, got three shots on net and came out of it with two goals (including the game-winner) and the primary assist on the all-important opening goal of the game. He and his line were slightly outchanced by the Bruins at 5-on-5, but in these do-or-die, win-or-go-home moments, it’s not the underlying indicators that matter, but the results.

Domi’s line outscored the competition 3-0 in Game 7 at 5-on-5 and his fingerprints were all over the key moments of the game for the Hurricanes. It was Domi’s first Game 7 at the NHL level, and it’ll be a defining one in his career.

The Hurricanes’ home crowd is one of the loudest in the game and given that the home side won each game of this series, they were going to effectively be an extra skater for the Bruins to overcome — especially when Boston fell behind 2-0 again. But Carolina’s boosters brought it big time at a crucial moment, and set a record for themselves, too.

And we’re just getting started. What will this place look and sound like in Round 3 or, dare we say, the Cup final again?

Is this how it ends for Patrice Bergeron?

The Bruins were a tough defensive team all season, a 23-year-old goalie in Jeremy Swayman asserted himself and then showed well in the Game 7 loss. Charlie McAvoy is the centrepiece of the defence signed for the long-term, and the Hampus Lindholm acquisition and then signing indicated the Bruins will be trying to keep a window open.

Brad Marchand will be back. David Pastrnak, too, with one year left on his deal. The Bruins won’t fall off the map, but one has to wonder what impact Patrice Bergeron’s off-season decision will have on the team from here.

Will he return? Will he retire? What will Bergeron do next?

If he does go, Bergeron would be exiting at the top of his game. The 36-year-old (her turns 37 in July) had a 65.58 Corsi for percentage this season, which was the best mark in the league by a healthy margin — Marchand and Mason Marchment in Florida were the only other players over 60. When Bergeron was on the ice, Boston controlled over 67 per cent of all shots at 5-on-5 this season, also a league-best that wasn’t close. Boston controlled nearly 70 per cent of all expected goals with Bergeron out there this season which, you guessed it, led the league by a mile.

Safe to say he had a monster season, even though the Perfection Line was split up for most of the year. Bergeron had 25 goals and 65 points and when the Selke Trophy finalists get announced next week, it would be a huge surprise if he’s not among those names for the 11th season in a row. He’s probably the favourite to win the award for what would be a record-setting fifth time.

Bergeron is a free agent this off-season and the questions will persist until a new contract is signed, or some other official announcement is made. Is this the end for one of the best all-around players and leaders in the NHL?

“It’s too early right now. Not after … it’s too fresh right now,” an emotional Bergeron said after the game. “It still stings, obviously. A hard-fought series and came up short. Obviously, I’m going to have to think about it, but I’m not there right now.”

Losing Bergeron would be tough to overcome in itself, but when you consider Boston also lost David Krejci after last season, that will mark two impact playoff centres gone in a two-year period. Any team would have a hard time dealing with that.

Antti Raanta comes through — will Frederik Andersen return in Round 2?

The Canes have been trying to get over the hump for a few years, making it out of Round 1 three years in a row (now four) and even getting to one conference final in there. But goaltending was often the Achilles’ heel to the whole unit, and in each of the past three seasons, they ran into an Atlantic Division buzzsaw that eliminated them.

In 2019, the Bruins swept them and in 2020 they eliminated the Canes in five. In 2021, it was the Tampa Bay Lightning who escorted Carolina out in a quick five games. And, when Frederik Andersen — who had a great year and seemed ready to steady an old concern — was injured at the tail end of the regular season, goaltending appeared a possible weakness again for Carolina.

Not so. And they slew the Atlantic dragon.

Credit to Antti Raanta, who finished the regular season for Andersen, walked into Game 1 with a 35-save win and then was knocked out less than eight minutes into Game 2 when David Pastrnak struck him in the head with his glove. Raanta stepped out for Game 3 and returned to allow four goals in a Game 4 loss. With so little playoff experience to draw from, it could have been tough to get back on the horse again.

But Raanta had a huge Game 5 and was great again in Game 7, making 27 saves in the win. Given that the team that scored first won every game in this series, perhaps Raanta’s biggest stop was this one on Taylor Hall when the game was 0-0 after Swayman had made a few key stops at the other end.

Of course, there was also the flurry in the final seconds from Boston after they pulled to within one with 22 seconds left. Bergeron won the ensuing centre ice faceoff (of course) and Boston had one last-ditch attempt to tie it.

There was Raanta again, closing the door when an opportunity was there for it to go sideways.

Andersen has not been practicing with the Canes and there has been no real update on his status other than Brind’Amour saying he was getting “closer” last week.

Carolina just earned a massive and important series win for the franchise as it looks to take a step up. And while Raanta came through with such a performance that he’ll leave Round 1 with a .928 save percentage, which stands out as one of the best outside of the low-scoring Dallas-Calgary series, Carolina might still be able to upgrade at that spot going forward — and at least feel good about its goaltending if the No. 1 still isn’t ready to come back.

Underdog, feel-good stories like this are what the playoffs are all about.