HomeSport
By LordOfDailytimes on December 10, 2021 Sport 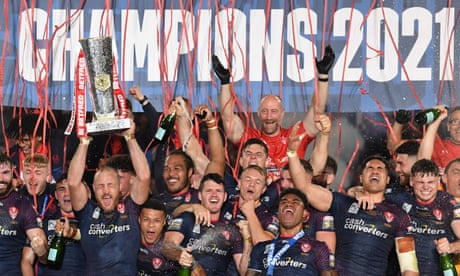 St Helens are favourites to clinch a fourth straight title in 2022. What can be done to make the league more competitive?

By Gavin Willacy for No Helmets Required

St Helens are the bookies’ favourites to win the Super League Grand Final again next year and become the first club to clinch four straight titles. It will be a very tough ask given that only one club has been champions for more than three successive seasons in the sport’s 125-year history – Wigan, who won seven on the bounce before Super League was launched in 1996. Saints’ domination raises the questions about whether Super League is doing enough to become more competitive.

Super League has only had three winners since Bradford’s last hurrah in 2005, although six other clubs have now been runners-up. The names at the top are definitely becoming more varied: Catalans were the seventh different club to feature in the last five Grand Finals, compared with just eight in the previous 16 finals, Hull KR the 11th to be one win from Old Trafford. That is progress – and proof the salary cap is working, a bit.