HomePolitics
By LordOfDailytimes on November 19, 2021 Politics 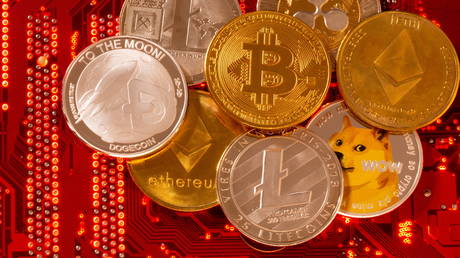 A Canadian teenager has been arrested after allegedly stealing $36.5 million in cryptocurrency from a person in the US. The police claim it was the largest such heist involving one victim ever registered in North America.

Police in the city of Hamilton, Ontario, arrested the unidentified perpetrator on Wednesday, after over a year investigating what they have described as the biggest-ever cryptocurrency theft from a single person in either the US or Canada. Local police began a joint investigation with the Federal Bureau of Investigation and the US Secret Service Electronic Crimes Task Force in March 2020, when the theft was reported.

The Hamilton Police Service said it had made “multiple” seizures in excess of CA$7 million (US$5.5 million) during the arrest, which came after investigators noticed some of the stolen money had been used to buy an online username considered “rare” in the gaming community, according to a police statement.

The victim was apparently targeted by a cell phone hijack known as SIM swapping. This method involves manipulating cellular network employees to duplicate phone numbers in order to let the scammer intercept the two-factor authorization requests that allow them access to a victim’s account.

This method is considered especially potent because a lot of people use the same password for multiple sites, according to Detective Constable Kenneth Kirkpatrick, of the Hamilton Police’s cybercrimes unit. He added that cyber and cryptocurrency crimes were becoming increasingly common, but noted that the figures involved in this case were “very surprising.”

“It’s a large amount of money in anybody’s opinion,” Kirkpatrick said, adding that the case was currently in the Hamilton court system.

The police haven’t revealed the age or gender of the youth, the username they purchased, or whether they were acting alone.