HomeSport
By LordOfDailytimes on May 22, 2022 Sport 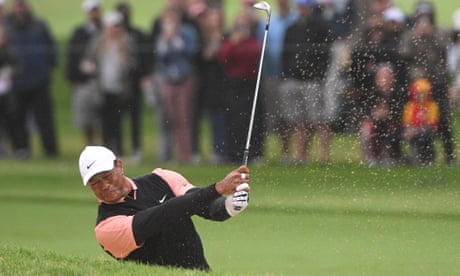 No sooner had the final putt dropped on day three of this US PGA Championship than it was announced Tiger Woods had withdrawn after 54 holes. The 46-year-old, making just his second tournament appearance since being involved in a serious car crash last February, looked in severe physical trouble during a third round of 79.

Woods had refused to confirm he would play the final 18 holes thereafter. “Well, I’m sore,” said Woods. “I know that is for a fact. We’ll do some work and see how it goes.”