HomeSport
By LordOfDailytimes on November 30, 2021 Sport 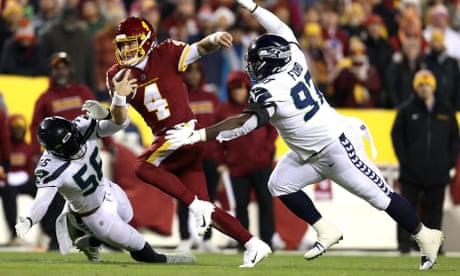 Ron Rivera was left adrift without a kicker and felt like he had to go for it in every situation.

The final roll of the dice by ‘Riverboat Ron’ on fourth and goal opened the door for some heroics by Russell Wilson, but Kendall Fuller’s interception on Seattle’s two-point conversion attempt allowed Washington to hold on and beat the Seahawks 17-15 Monday night for the team’s third consecutive victory.