HomePolitics
By LordOfDailytimes on January 2, 2021 Politics 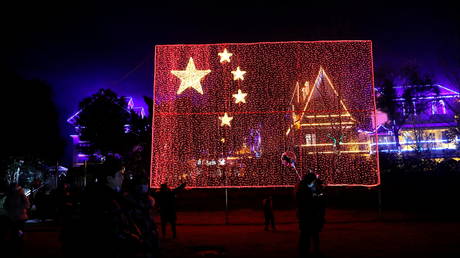 In a wide-ranging interview with state media, Wang acknowledged that Beijing’s relationship with Washington has faced “unprecedented difficulties,” accusing the American side of attempting to “suppress” China and “start a new Cold War.”

He said that such provocations hurt the interests of both nations and that the strategy of confrontation was ultimately “doomed to fail.”

The foreign minister noted that Washington may feel anxious about China’s “rapid development,” but he urged the US to focus on “self-improvement” rather than trying to “block” others from advancing. Wang stressed that as China becomes a larger player on the world stage, it will not attempt to emulate Washington’s behavior.

Wang insisted that his country has never interfered in the internal affairs of the US and that it was ready to pursue a relationship with Washington based on cooperation and stability. The top Chinese diplomat expressed hope that the incoming Biden administration will “return to a sensible approach” and restart cooperation between the two countries. He urged Washington to “draw lessons from the past” which allow for a model of peaceful coexistence.

During President Donald Trump’s four years in office, China has been labeled as the chief economic, political and military rival of the US. Disputes over the South China Sea and Hong Kong have been exasperated by Trump’s trade war and international campaign to blacklist Chinese tech firms like Huawei. Despite Washington’s hostility, a recent study by a British think tank predicted that China will surpass the US to become the world’s largest economy by 2028.