HomeFashion
By LordOfDailytimes on August 10, 2020 Fashion 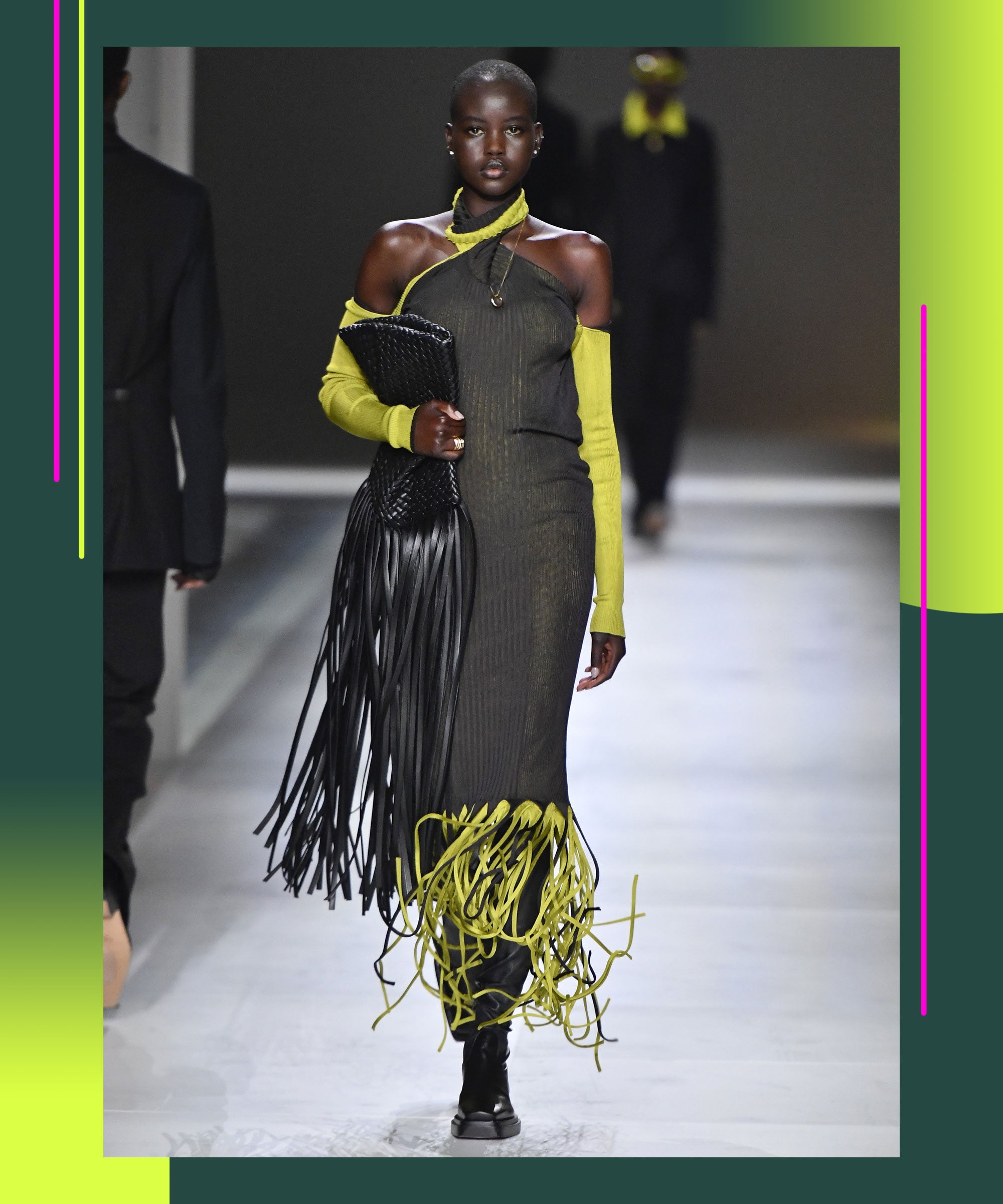 A little over five months ago, a sartorial prediction was made. And, unlike the many things that halted as a result of the pandemic, this one is en route to fruition: the return of fringe in fashion.

We first spotted fringe in the winter during Milan Fashion Week, where the flouncy embellishment appeared at Miuccia Prada’s last fall womenswear runway show sans Raf Simons for Prada, as well as at Daniel Lee’s show for Bottega Veneta. The following week, fringe was in Paris, this time at Dior, Rochas, Kenneth Ize, and Givenchy. Upon the official end of Fashion Month in March — and the official beginning of the pandemic’s hold in Europe and the U.S.  — we foreshadowed the fringe trend: “The Western-turned-futuristic dangly fabric detail will definitely be inescapable in *checks calendar* approximately six months time.”

Still, with fashion being hit as hard as it was by the pandemic, we weren’t quite sure what to think about the fall ‘20 season. After all, some designers that showed during Fashion Month last February, like Sies Marjan, have since been forced to shutter their doors permanently, as did many of the retailers where we’d normally go-to to purchase their collections, like Totokaelo and Need Supply. Will the trends that appeared in Copenhagen, New York, London, Milan, and Paris maintain their relevance after everything that’s happened? Apparently, the answer — at least as it pertains to fringe — is yes.

Last Tuesday, Rihanna appeared on the cover of Harper’s Bazaar’s September issue wearing a fringe-embellished, margarine-yellow duster from Bottega Veneta’s fall ‘20 show. For the cover image, the singer and fashion designer showed off the coat with a spin, in the process revealing another fringed Daniel Lee piece, a dress, underneath. Now fringe didn’t just have Fashion Month’s stamp of approval, but Robyn “Rihanna” Fenty’s, too.

In June, another powerful woman in fashion opted into the fringe trend: Kim Kardashian West. The SKIMS designer posted to Instagram a photo of herself wearing a form-fitting mesh top with snakeskin cowboy boots and a pair of cream-colored leather pants with fringe down each leg. Then, on July 31, Beyoncé wore a number of fringe-embellished pieces in her Disney+ visual album Black Is King, solidifying the trend in our hearts and closets. Among those were a crystal-embellished fringe skirt designed by D.Bleu.Dazzled, a rainbow-colored fringe poncho courtesy of Area, a custom-made rain-inspired crystal dress by Lace by Tanaya, and a confetti-esque fringe mini dress by womenswear designer Delia Alleyne.

Now, that Rihanna, Beyoncé, and KKW having backed the fall trend, will it have a chance of taking off with the consumers like ourselves? We think yes. Given how grim a lot of the world has become, the bouncy, whimsy fashion trend is exactly what we need to lift our fashion spirits. Sure, we might be wearing a lot of loungewear, but that doesn’t mean that we don’t also want to get dressed up in something exciting, new, and fun. Fringe pieces are all that and more. Also, as we’ve seen over the last five months, there are a few things that people aren’t quite ready to let go of from pre-COVID life, like fancy shoes and even jeans.

Given the economic fallout from the pandemic, though, we’re betting that many shoppers will opt for affordable fringe options from retailers like Zara, Mango, H&M, ASOS, and & Other Stories rather than off-the-runway pieces with triple-digit price tags. Of course, whether you choose to go the accessible route or invest in a pricier alternative is up to you. All we can tell you is that after that Rihanna cover, fringe should definitely make an appearance in your fall wardrobe, even if it will only be seen via FaceTime.

Milan Fashion Week Was As Extra As Ever