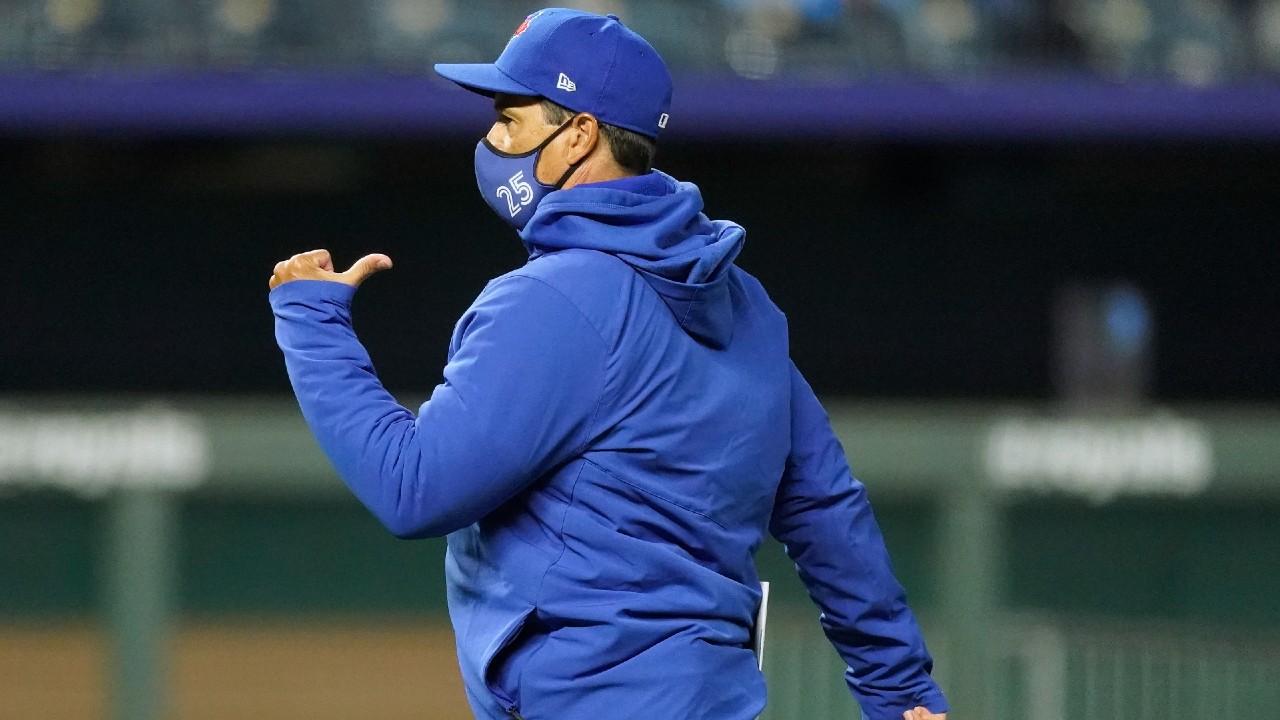 TORONTO — If you’re crushing Charlie Montoyo for each and every bullpen implosion, here’s a challenge — map out how he can close out games more effectively with the relievers at his disposal.

No sweat, you say? Totally got this?

Well, let’s throw in a few real-life caveats that, since Montoyo has to factor them in, so do you.

For starters, the starting pitcher can’t throw 120 pitches every time out. They’re probably going to be around 100 pitches and some nights, when they aren’t feeling physically great, they may not quite get there. And if you overwork one of those dudes, the team is really in trouble.

So, manage them wisely.

Next, Jordan Romano and Tim Mayza, for starters, can’t throw two innings apiece every day. They’re not built up to do that, and that’s a pretty good way to injure them both. Trent Thornton is going to need recovery time between outings, too, especially when he gets extended.

Remember, each is also coming off an injury, so as much as you need them, you must also protect them.

Then, no matter how angry you are at Tyler Chatwood, you don’t get to simply launch him into the sun, because you have to give your guys a chance to pitch through their struggles. Same with Rafael Dolis and Anthony Castro, who all have had moments when they looked like a question, but also others when they looked like an answer.

And finally, find time to work in Joel Payamps, Tayler Saucedo and whoever else is rounding out the relief corps, while keeping tabs each day on how you may have to stitch things together.

So, still determined to blister Montoyo for each and every decision?

Now, this isn’t about defending all of his moves, which are often made in conjunction with the rest of the coaching staff and informed by data from the analytics department. Debating strategy and matchups is what makes baseball so fun. You can make what’s considered the right move and have it backfire, and the so-called wrong move and see it work.

This sport can be ridiculous.

But if you think the Blue Jays’ problems closing out games — Monday’s gutting 6-5 setback to the New York Yankees serving as the latest example — are a matter of strategy rather than personnel, then you’re clearly looking for a scapegoat rather than root causes.

The Blue Jays are 5-8 in one-run games, 5-11 in two-run contests, have lost six times when leading after six and are 3-7 when tied after six. That’s not predominantly strategic error, that’s leaky roster construction. No matter how the relievers are structured, especially lately, it blows up in the manager’s face.

“I don’t know, that’s tough to explain,” Montoyo replied when asked why his relievers are wilting in leverage. “All I know that it seems like every day I get a question like, what’s wrong with Castro, what’s wrong with Chatwood, now it’s Dolis. Why did you pitch Dolis in that inning? It’s been a f—— month about the same thing. The guys, we’re going to give them a chance. We need Castro to pitch good. Chatwood was good today. Dolis, we need him. Romano came in, gave up a double. He’s still going to pitch. This is what we got. And we’re going to trust them. This is who we’ve got. We’ve been in every game, as you know. We’ve been in every game, just the bullpen is not doing the job. But you know what? They’re going to get a chance again tomorrow.”

There’s little choice there. But consider the difference in bullpens from the seventh inning onwards, after Hyun-Jin Ryu handed a 5-3 lead through six to Castro.

His outing went homer, double, wild pitch, strikeout, wild pitch, walk to blow the lead and put on the go-ahead run. In came CJ Edwards Jr., who gave up a Giancarlo Stanton rocket caught by a leaping Teoscar Hernandez against the wall in right and then fell behind 3-0 to Gio Urshela before leaving with left side abdominal discomfort. He’s getting an MRI Wednesday.

Mayza took over and cleaned up that mess, but then in the eighth, he gave up a leadoff single to Miguel Andujar, struck out Chris Gittens and was pulled for Romano. Pinch-runner Tyler Wade easily stole second and then pinch-hitter Clint Frazier ripped a double to bring in the go-ahead run.

Romano hasn’t gone more than three outs this season, so Montoyo turned to Chatwood, who had a nice bounce-back outing in a good ninth.

Given all that, and be reasonable and not emotional, explain how Montoyo might have manoeuvred through that more effectively. Who in that group do you really trust in leverage?

And short of converting minor-league starters Nate Pearson and Thomas Hatch, something the Blue Jays continue to say they don’t want to do, what are the internal options? Patrick Murphy has a big arm and would make a logical replacement when Edwards likely hits the IL, but he’s not turning this thing around on his own.

“As you’ve seen, everybody’s getting a chance to pitch in high leverage,” said Montoyo. “Payamps did a nice job (Monday), 1-0 game in Boston, did a great job, he’s probably going to pitch next time. We’re going to be in high leverage almost every day because we have a good team and we have a good starting rotation. So the last three, four innings, we’re going to be in the game. We just need our bullpen to pitch better. That’s all.”

Compare that to the Yankees, who ran out Jonathan Loaisiga in the seventh, Zack Britton in the eighth and Aroldis Chapman in the ninth, with Chad Green left in the tank.

Give the Blue Jays that relief corps and they might be the Tampa Bay Rays.

To their credit, the Blue Jays offence is so good, they threatened against both Loaisiga (Randal Grichuk hit into an inning-ending double play) and Britton (Bo Bichette lined out to right with the bases loaded). But they can’t be expected to bludgeon opponents every night and they have to be able to win a game they lead 5-3 with nine outs to go.

Bichette extended his recent surge (.419/.455/.677 during the recent road trip) to put the Blue Jays in a position to win, homering in the third and delivering a two-run single in the fourth to give an unusually erratic command Ryu a 5-2 lead.

Ryu walked a season-high four and surrendered solo homers in the second to Gary Sanchez and fourth to Gittens, but navigated around his inconsistencies to give his team a chance.

But as George Springer went 0-for-4 in five innings of work on rehab with triple-A Buffalo and as Danny Jansen did enough pre-game work for Montoyo to say his catcher was getting “real close” to activation from the IL, the bullpen frittered away yet another winnable game.

“In a game like this, you understand that if we can have the mentality where even if you lose by a large difference or even a single run difference, it’s just a loss at the end of the day,” Ryu said through interpreter J.S. Park. “But when it comes to games like today, where we just lose by one and we have to experience that over and over again, it’s something that we need to make sure that we overcome later on in the season.”

Blame Montoyo if you must. But he’s simply trying to make do with what the front office has given him.