HomeSport
By LordOfDailytimes on May 17, 2022 Sport 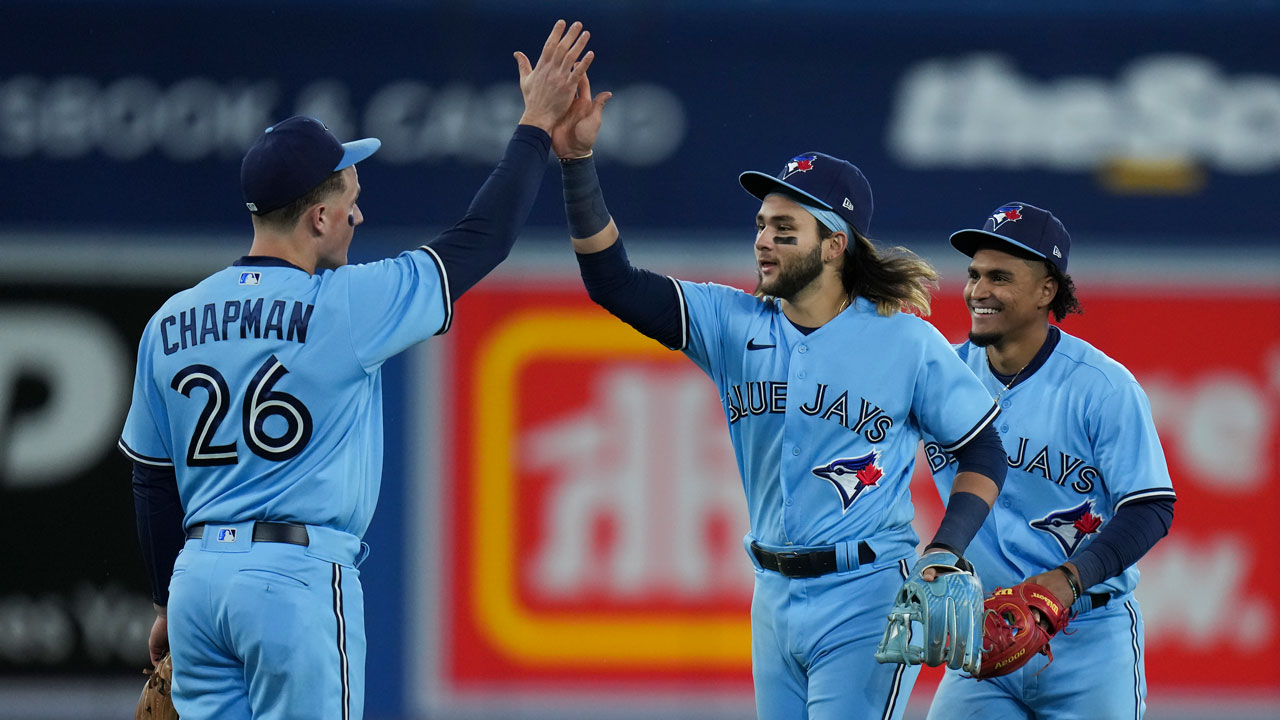 TORONTO – Amid the ongoing handwringing about the Toronto Blue Jays’ struggling offence, it’s worth keeping in mind that the small details really matter, too.

A big reason why they started the season 15-8 is that they played tight in the opening weeks, winning games in the margins even when runs weren’t plentiful. When the bats remained cold, some regression was due, but as leverage remained the norm during their recent skid, little mistakes — in the field, on the bases, on the mound — compounded the problems at the plate.

That’s why the attention to detail they showed in Monday night’s 6-2 victory over the Seattle Mariners is in some ways just as significant as the six shutout innings from Yusei Kikuchi, the solo homers from Bo Bichette and Matt Chapman, and Alejandro Kirk’s room-to-breathe, two-run single.

Rather than simply waiting for the bats to boat race the opposition, the Blue Jays did little things to keep the pressure on the Mariners and ensured their visitors got nothing that they didn’t earn.

Things like Vladimir Guerrero Jr. punching a ball to right field against the shift in the third to set up a first-and-third with two out, an approach Teoscar Hernandez tried to emulate in a pop-up to end the inning.

Like Guerrero running down a Eugenio Suarez pop-up in foul territory in the fifth and then immediately spinning and firing to third to keep Jesse Winker from tagging and advancing to third.

Like Hernandez aggressively charging an Adam Frazier single and making a good throw home to keep the Mariners from sending a second run home, giving Yimi Garcia the chance to work out of a jam unscathed, which he did.

Like Bichette fielding Ty France’s weak chopper with the bases loaded later in the inning and pausing his throw when umpire Ryan Willis, stationed in the infield because the crew was down a man, got in his lane, regrouping and then making a strong throw for the third out.

And like Bichette and Guerrero advancing on a wild pitch in the bottom half, setting up the Kirk single which opened up a 5-1 edge.

In those subtler ways, the Blue Jays supported both Kikuchi’s latest impressive step forward and their showing-signs-of-life offence.

Now, all of that isn’t to say that homers don’t play. They do, and for the Blue Jays to really find their bearings, they’re going to have to do their share of bashing.

But as their recent 2-7 road trip showed, particularly the games against the New York Yankees and Tampa Bay Rays, the play against top teams get tighter and it’s often one blink that makes the difference.

Kikuchi got the Blue Jays off on the right foot, keeping the Mariners off balance with a four-seam fastball sitting at 94.9 m.p.h., his revamped slider which generated four whiffs and seven changeups in his 90 pitches sprinkled in.

Mariners manager Scott Servais noted before the game that they’d noticed the adjusted repertoire and would be on guard for it, but that didn’t make a difference, as they managed only one hit against Kikuchi along with three walks with six strikeouts.

Bichette, meanwhile, put the Blue Jays on the board with a solo shot in the first, Chapman doubled the advantage with his drive in the second while Raimel Tapia delivered a two-out RBI single in the sixth to make it 3-0.

Suarez’s solo shot in the seventh off Trevor Richards ate into that edge, but the Blue Jays didn’t stop adding on after the Kirk single, Bichette extending the advantage with an RBI single in the eighth that made it 6-1.

It was just the second time in the past 15 games they’ve scored more than five runs, which certainly isn’t the anticipated level of production. They entered the day ninth in the American League with an average of 3.71 runs per game, surrounded by non-stop conversation about how to get their bats going.

“Really what we’re focused on is routines and work, and that looks very good,” said GM Ross Atkins. “I know that Dave Hudgens, Guillermo Martinez and Hunter Mense are working tirelessly on potential adjustments. But we’re doing that when we’re scoring runs, too. There’s always some opportunity to improve or get better. I feel so good and so confident about the process that these guys have to prepare and I feel very confident that they’re going to end up having solid offensive years.”

And if the bats don’t come around soon, what next?

“Look at process and work and then, are there opportunities for adjustment, have we deployed things the wrong way, are there ways we can adjust the process and work?” replied Atkins. “Because adjusting results is not something we want to focus on. You can’t.”

Better is to focus on the little things that fill in the gaps around the bigger plays.

Ray absent without explanation (or replacement) as Mariners visit Toronto