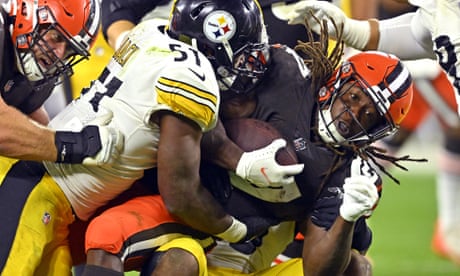 The Browns (2-1) built a nine-point lead early in the fourth on Chubb’s one-yard run and then held on for dear life.