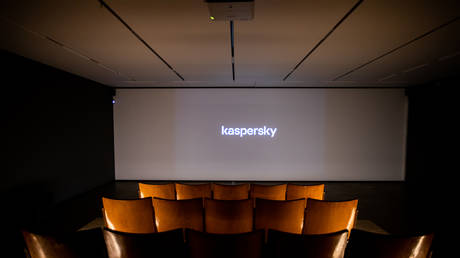 Kaspersky Lab, a Russian cybersecurity company known for its antiviruses among other products, has been suggested as a target for a fresh round of anti-Russian sanctions to be considered by the EU. Poland, Ireland, and the three Baltic nations have called on Brussels to bar the bloc members from using its products, Bloomberg reported on Friday.

The move was suggested as a way for the EU to tighten existing restrictions on dealings with Russia in the field of technology, Bloomberg said, citing a document it had seen and some people familiar with the matter. Other suggestions involved restricting technology exports to Russia and adding more goods like data-processing machines and storage devices to the tech products export blacklist.

Gazprombank – a Russian lender used by the EU companies to pay for gas deliveries – has been named by the five nations as another potential target for sanctions. The bank has so far been spared from most of the bloc’s sanctions due to its role in gas transactions. Latvia, Lithuania, Estonia, Ireland, and Poland now suggest cutting it off from the SWIFT international payment system alongside with some other Russian banks.

The five nations also came up with a wide range of suggestions on toughening the anti-Russian sanctions, ranging from a ban on liquefied petroleum gas (LPG) products to restrictions on nuclear energy cooperation and diamond imports from Russia. The list of suggestions also includes a ban on real estate sales to Russian companies and individuals, who are non-EU residents, as well as further media censorship.

The report came just days after EU foreign policy chief Josep Borrel announced plans for new sanctions against Moscow. He did not clarify the details but said that they would target the Russian economy and the technology sector in particular, while the EU would also blacklist a number of individuals.

On Wednesday, Vladimir Putin announced a partial mobilization, which would call on 300,000 reservists to take part in the conflict with Ukraine. On Friday, the two Donbass republics and Russian-controlled Zaporozhye and Kherson Regions kick started referendums on joining Russia, which are scheduled to be held between September 23 and 27.