HomePolitics
By LordOfDailytimes on March 1, 2021 Politics 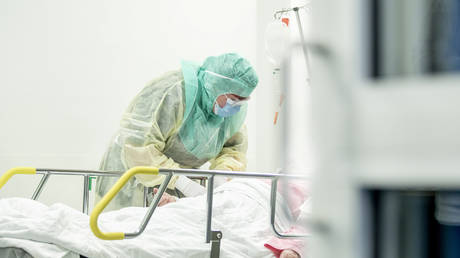 Helsinki has declared a state of emergency on Monday in a bid to stem the rapid spread of coronavirus. The measure would allow it to impose a lockdown and potentially “restrict the fundamental rights of citizens.”

The state of emergency is effective “immediately” and will stay in force for an indefinite period of time “until it is repealed,” the government said in a statement. It also said that it sees no need to take any drastic measures and significantly restrict citizens’ rights despite having a free rein to do so now under the Emergency Powers Act.

The move was caused by what the country described as a surge in its recorded number of new Covid-19 cases, including those caused by the new coronavirus variants that were previously reported to be potentially more infectious and severe.

“The number and incidence of COVID-19 cases in Finland have risen very rapidly since the beginning of February 2021. The number of infections caused by new virus variants has clearly increased, which may further accelerate the epidemic and place significant strain on hospital and intensive care capacity,” the statement said.

The government has only submitted a proposal to the parliament that would shut down all restaurants and “other food and beverage service businesses” for three weeks in all affected regions beginning March 8. Takeaway and delivery services as well as company cantinas for staff would be allowed to operate normally. The measure requires the MPs’ approval before it can be implemented right away, as Finland lacks the necessary legislation.

Other measures that could be potentially taken by the government include school closures and restrictions on movements between various Finnish regions. Prime Minister Sanna Marin also urged citizens to limit their contacts and avoid crowded spaces.

“Everyone now has the opportunity to impact how the spring and summer will turn out,” she said.

Finland has long been one of the nations least affected by the Covid-19 pandemic. The country of just about 5.5 million people has reported a total of 58,064 disease cases and 742 deaths due to the coronavirus. It has seen the number of new cases rapidly growing in February with a record 720 new cases confirmed last Friday.

Infections were reported to be particularly frequent among skiers in Lapland and workers at shipping yards and construction sites.

More than 1,100 cases recorded in Finland have also been attributed to the British Covid-19 variant, with another 64 being caused by the South African strain. The latest 24-hour reporting cycle said that 392 new cases were recorded. A total of 210 Covid-19 patients are currently hospitalized across Finland, with 38 being admitted to the intensive care wards.